Boris Johnson, 50 votes away to save the censorship motion

One hour before the motion of censure that Boris Johnson's own party colleagues have called this Monday begins, the prime minister still lacks more than 50 of the 180 votes to be sure of his continuation at Number 10 Downing Street . 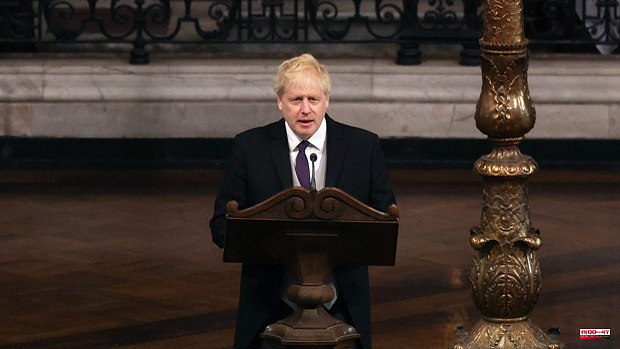 One hour before the motion of censure that Boris Johnson's own party colleagues have called this Monday begins, the prime minister still lacks more than 50 of the 180 votes to be sure of his continuation at Number 10 Downing Street .

British Daily Mail journalist John Stevens has been keeping track of Tory MPs who have publicly said they would vote for Johnson to continue as prime minister.

At the moment, 127 parliamentarians have said they will support Johnson and 53 have not yet spoken. According to a survey conducted by the YouGov company, about 53 percent of the members of the conservative formation are in favor of supporting Johnson compared to 42 percent who are against supporting him.

This Monday and just after four days with the country paralyzed celebrating the jubilee year of Queen Elizabeth II, the conservative parliamentarians gathered the necessary signatures to hold a motion of censure against Johnson. The Minister of Education, Nadhim Zahawi, has expressed his full support for Johnson, who is currently meeting behind closed doors with the 'tories' of the 1922 Commission in Parliament, and has stated that he hopes that tonight's vote "will put end to the distractions of the last few months.

“No one makes all the decisions well, but I think that put on a scale, those of the prime minister are good cards,” he said in statements to the BBC television network.

Zahawi already showed his support in 2019 for the current head of government and has stated that he hopes his colleagues will join him and has regretted the decision of some ministers to turn their backs on him. “It makes me sad to see how colleagues are attacking each other. I think it's wrong. I think we should stick together », he added.

For Johnson to be dismissed, 50% plus one of MPs must vote in favor of the internal no-confidence motion. According to the rules, if the majority supports it, that is, 180 deputies, a new motion cannot be presented for another year, since the 1922 Committee does not allow more than one vote of no confidence in a leader in the same year.

Fed up with the frequent parties in Downing Street during the toughest time of the pandemic in full restrictions to stop the covid, the deputies of the British Conservative Party activated a vote of confidence to evict Johnson from No. 10. RAt no time did Johnson consider resigning and his goal is to hold out until the next legislative elections scheduled for 2024.

1 The collapse of the police control in Barajas leaves... 2 The Acerinox board closes the door to a possible merger... 3 La flota de la Sardindha Cup partió de Cup Saint-Gilles-Croix-de-Vie... 4 The brothers Gustavo and Rafael del Castillo, champions... 5 Officials say dozens are dead in a 'Satanic"... 6 China rejects charges from Australia and Canada in... 7 South Africa's President is under investigation... 8 Formoso shows his disappointment after confirming... 9 Page announces that it will create the Transparency... 10 Closing in Villaseca the XXIV Benjamín La Sagra Football... 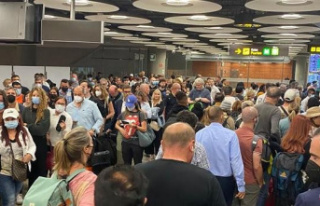 The collapse of the police control in Barajas leaves...