The crisis that Siro is going through, which, for the moment, is leading to the closure of its Venta de Baños plant in Palencia (197 employees) and could also drag down that of Toro (273), yesterday caused a crossroads of reproaches between the Board and the Ministry for the way in which some and others are acting with this matter. 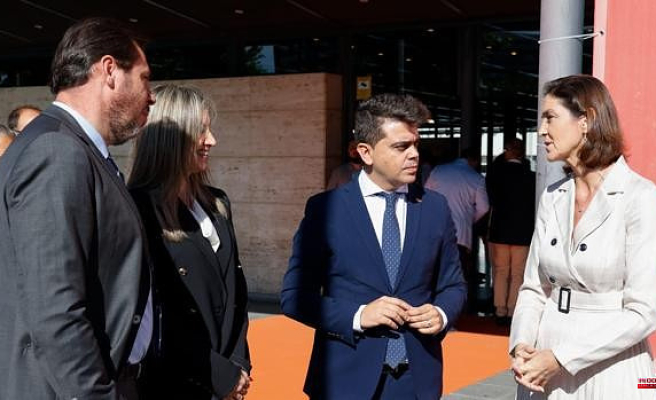 The crisis that Siro is going through, which, for the moment, is leading to the closure of its Venta de Baños plant in Palencia (197 employees) and could also drag down that of Toro (273), yesterday caused a crossroads of reproaches between the Board and the Ministry for the way in which some and others are acting with this matter. "Whenever there is a problem in this region, the Government of Spain is held responsible," lamented the Minister of Industry, Commerce and Tourism, Reyes Maroto, in Valladolid, who assured that this situation "I have lived for four years." An extreme that she does not share, and less in the case of Siro, in which she considers that the "great absentee" is the regional Executive, which she asked to "show her face."

Maroto assured that the Government has been working for “months” on “the search for investors and also making financial lines available to the company to avoid bankruptcy” with the aim that there be a “continuity of industrial capacities and jobs ». As he explained, with this action he has not had "any dialogue" with the Board or with the new Minister of Industry, Commerce and Employment, Mariano Veganzones, despite the fact that he understands that "industrial policy is made from the territory" and that the new member of the Executive appointed by Vox "has a challenge". "I make myself available to him," he said, but he must "take the pulse of this problem as well" with the "necessary measures." A few words with which the spokesman for the Board and Minister of Economy and Finance, Carlos Fernández Carriedo, considered that the minister was seeking "a political advantage" and, above all, "oppose the Board."

After the refusal of three of the four Siro factories in Spain to the viability plan, Reyes Maroto assured that it is now possible to wait "to see if the new investor is capable of reinforcing the offer so that the workers see a greater guarantee of their jobs of work without loss of purchasing power, which is one of the elements that they have rejected'. From the Government, "we have the maximum willingness to continue working", but "again" insisted on asking the Board "to take the reins" because its "responsibility is to find solutions." He gave the example of the "results of government action" in other crises, such as the closure of Vestas - "today Villadangos del Páramo and the new investor Network Steel are generating very important activity" - or the recent Latem Aluminum project in Zamora, which is "generating opportunities for the industry to strengthen itself in this Community."

Carriedo did not like these statements very much, although he was more subtle than forceful, he assured that in these business crises there are always two different positions, those of the public administrations "that we dedicate ourselves to helping, supporting, saving companies", and the of those who have responsibilities but only seek political advantages». "We are among the first, of those who come to offer solutions," he clarified, but "there is some political leader of the Government who thinks that his role is to oppose the Board." From there, the Minister of Economy and Finance appealed to the "generosity" of the parties (company, workers and investors) to achieve an agreement that allows the viability of the plants. "If it doesn't happen, it won't be good news, because it is essential for the company to have a future and to be able to grow and a guarantee of stability." "I encourage you to reach an agreement thinking about the future," he concluded.

Meanwhile, the call for social mobilizations continues to prevent the closure of the factories. To the one scheduled for next Sunday in the Palencia town of Venta de Baños, the one announced yesterday by the Company Committee for next Wednesday at the gates of the Cortes de Castilla y León, where there will be a plenary session that morning, is added. The president of the Siro Cookies Committee, Mari Mar Rodríguez, assured that they also hope to hold a meeting that same day with the president of the Board, Alfonso Fernández Mañueco. In fact, she described as "regrettable" that they have not yet been received by representatives of the Board, despite the fact that "a long time ago" they requested this meeting since they saw "that something was happening and it was not going well." "They did not receive us at the time and we will write again to achieve this meeting," she added. "We want the Board to lend us a hand, either with investments or other actions, because I see the plant as competitive," she said.

1 Turkey changes its name in all languages ​​and... 2 Marc Márquez, successfully operated on the arm 3 Aketxe's great goal that returns the illusion... 4 Kilometric queues for the second consecutive day in... 5 The Diputación de Alicante transfers its discomfort... 6 Teresa Cardona, the new voice of crime fiction in... 7 An 89-year-old man dies in the fire at his house in... 8 The IGME will be the 'eyes' of the coastal... 9 The CNMV suspends the listing of Acerinox due to a... 10 The Madrid Gospel Choir sings against Alzheimer's 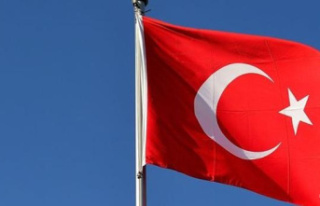 Turkey changes its name in all languages ​​and...