The Minister of Family and Equal Opportunities of the Junta de Castilla y León, Isabel Blanco, announced this Thursday a "powerful" package of support measures for families, which will be endowed with 50 million euros. 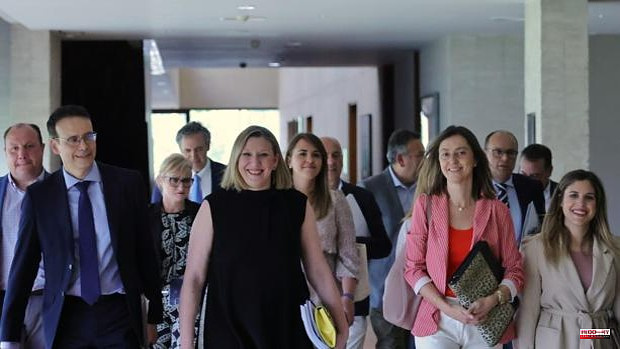 The Minister of Family and Equal Opportunities of the Junta de Castilla y León, Isabel Blanco, announced this Thursday a "powerful" package of support measures for families, which will be endowed with 50 million euros. "Unprecedented spending" on this type of policy, as she has highlighted during her appearance in Parliament to report on the program of actions to be carried out in the XI legislature.

Among the novelties, he has indicated that one of the first measures will be the increase in aid for conciliation through the extension of the 'Concilia Bonus', whose regulatory bases will be published this Friday, May 20, in the Official Gazette of the Community (Bocyl), and that they will have an injection of 10 million euros.

This is a bonus that aims to contribute, during the school year, "to reconciling the personal, family and work life of working parents", as well as to facilitate "co-responsibility" in the care of children, to through financial aid for each child between 0 and 3 years of age in their care, especially in those families with a lower income level or susceptible to special protection, according to the 'Family Plan', such as large families, those who reside in the rural environment, single parents and foster families.

Blanco has presented a roadmap that marks a "certain course" to "guarantee protection, support and care for the people of Castilla y León, especially the most vulnerable", through a policy based on dialogue and the participation. In this framework, he has pointed out that his department will "analyze" the situation of the Guaranteed Citizenship Income in order to "promote" its link to an individualized insertion project, "fostering the instrumental nature of the active search for employment through personalized itineraries , increasing its monitoring and linking it to employment and combating school absenteeism».

Thus, in the section on families, the department headed by Isabel Blanco will continue with the work begun in the last legislature to "develop and expand" the 'Family Plan', aimed at the 300,000 families with children under 25 years of age in this Community. A transversal plan that, through the different ministries, will mobilize more than 1,500 million euros this legislature.

In the same line of action, it has advanced that aid will be convened, within the Social Dialogue, for families that request leave or reduction of working hours to reconcile. The annual budget for this measure will be two million.

As part of the Ministry's "commitment" to the "rural world so that families can develop their life project in the smallest municipalities", Blanco recalled that from next academic year the 'Crecemos' program will be implemented free of charge, which offers coverage of places in children's centers for children from 0 to 3 years of age in rural areas with a demand of less than 15 places, where there is no other conciliation resource.

Throughout the year 2023, a new conciliation service will be launched for families with children with disabilities who attend special education centers; and has announced that it will regulate the accreditation of single-parent families. In addition, in the family package, endowed with 50 million, he has mentioned the "essential fight against depopulation" through measures such as the creation of a new line of aid to promote the birth rate in Castilla y León, with a baby check from an amount of up to 2,500 euros for the birth of a child.

Blanco recalled that on April 21 the Board approved a series of economic initiatives framed in the so-called Anti-Crisis Plan, which specifically establishes a section of measures to support families and vulnerable groups for an estimated amount of 45 million. Measures that are incorporated into the set of services and programs integrated into the Network for the Protection of Families in Castilla y León, which annually attends to more than 174,000 families with an average expenditure of 220 million.

With this objective, the 'Social Emergency Bonds' are added to the network, as a new benefit, a basic legal tool that "will allow dealing with specific situations of need", such as those derived from the rise in electricity or other unexpected events that generally affect vulnerable families.

The Minister underlined that currently, almost 53,000 minors in Castilla y León benefit from child support measures and, of these, 34,700 are cared for to prevent situations of risk of abandonment through a coordinated and permanent system that covers all your needs and throughout the year. In this sense, a new residential center for minors will be built in Salamanca that will be organized into coexistence units and a new Network of Youth Guarantee Counselors will be launched.

Among the actions that will be launched there is also a protocol for refugee care to "cover their basic needs and achieve their social and labor integration", which includes measures to support families, health, education, housing, the economy and employment.

1 “We too have decisions to make,” says Cam Neely 2 Summary of More beautiful life episode 4544 of May... 3 Nadal, Alcaraz and Djokovic, for the same part of... 4 "I did not prepare, sorry": embarrassing... 5 UN: United States and Russia blame each other for... 6 United States: solving the baby milk shortage will... 7 The left-wing parties move between prudence and satisfaction... 8 The US Congress approves sending Ukraine a package... 9 Immigration: Ottawa is working to reach francophone... 10 Armed violence in Montreal: $1 million for research 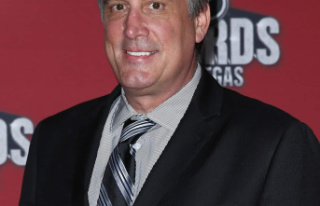