The Minister of Education, Jokin Bildarratz, has withdrawn this Monday that students who study in their mother tongue get the best results in mathematics. 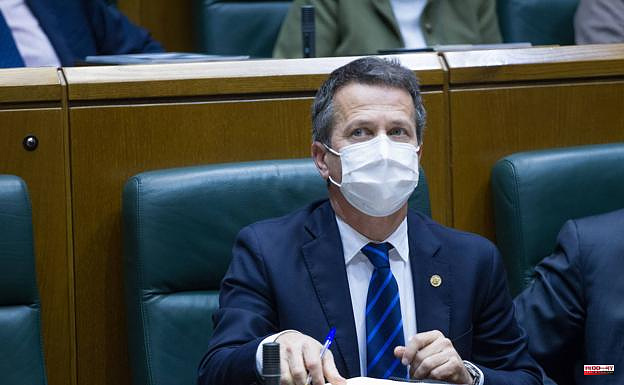 The Minister of Education, Jokin Bildarratz, has withdrawn this Monday that students who study in their mother tongue get the best results in mathematics. This was shown by the 2018 PISA report, which showed a slight improvement in the scores of Basque schoolchildren in this subject after the drop in 2015 and that those who were Basque and took the test in Basque obtained the best results in this competition and the Spanish-speakers who did it in Spanish, obtained an above-average result.

An exam whose results have already been published and which the head of the Department has now used to counteract the negative trend shown by children and adolescents in mathematics who underwent the 2019 Diagnostic Assessment, the latest ISEI-IVEI test (Basque Institute for Assessment and Research) carried out before the pandemic and the reason why the Popular Party-Citizens group had requested an appearance by the counselor in the Education Commission.

This exercise is carried out every two years and measures the basic skills –mathematics, science, language, Basque and English– of students in the fourth year of Primary and the second year of ESO in public and private schools. The 2019 report showed the lowest results of the decade in mathematics in Secondary students. Bildarratz has also referred to the results of the 2021 exam, which showed a slight improvement in Primary -not so in Secondary-, but he recalled that these are distorted scores due to the fact that it was a sample test -voluntary- in census site as before. Only 31% of public centers in the Basque Country participated.

However, the jeltzale leader has assured that the Basque students "have a good base and we must and want to continue advancing from the agreement on the transformation of Education" while at the same time he has blamed the popular ones for not having joined the plenary agreement which has signed the pact that will lay the foundations for the future Euskadi educational law. Likewise, he has stated that, although these tests are a good way to measure the temperature of the educational system, there are other indicators and "they only include a small number of academic areas in their indexes".

As the most innovative data that has been provided in the parliamentary session, he has indicated that the graduate student body of the Basque Country who opts for degrees in the branch of Sciences and Technologies has increased by 53% since 2013, which indicates that «it is observed a clear orientation of the students to this type of studies compared to other options». "We can conclude that in the last decade we have achieved a better educated society and one that is also more interested in science in general", he pointed out.

1 Not happy, he shoots in the air and is arrested on... 2 China: in the Uyghur county, one in 25 inhabitants... 3 They arrest a man with a lighter and a can of gasoline... 4 Alicante takes to the streets this Tuesday in defense... 5 Barcelona will have the first vertical forest with... 6 Bill-Masterton: Carey Price among finalists 7 Rangers' key players have responded 8 «Ander Capa askatu»: Yuri Berchiche joins the cry... 9 Iñigo Córdoba's party with his team in the... 10 Female leadership in uncertain times 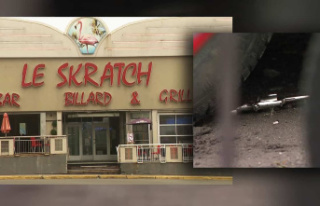 Not happy, he shoots in the air and is arrested on...