"The ties between our two countries will always be strong. 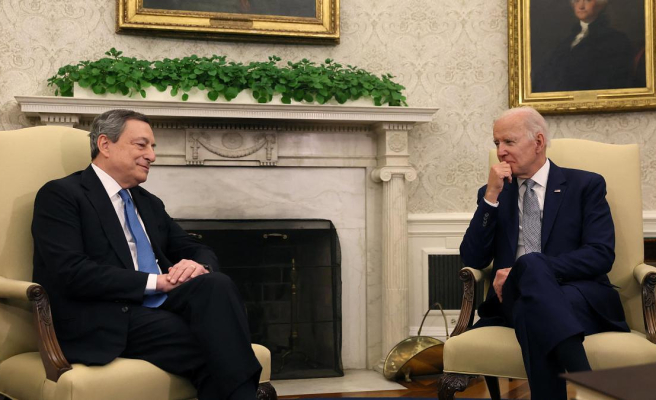 "The ties between our two countries will always be strong. And in any case, this war in Ukraine has made them stronger," said Mario Draghi in the speech before his meeting with Joe Biden at the White House. "Putin thought he could divide us. He was wrong. We are together, "he added.

The US leader confirmed the impression and extended it to the US link with the community club as a whole. “A strong European Union is in the interests of the United States. It's good for everyone,” he said, noting: “Putin believed that he could divide us. But we have all taken a step forward.”

Behind this fairly predictable and rhetorical reaffirmation of unity is a renewed and very real mutual interest between the two leaders.

Biden sees Draghi as a rising leader within the European Union, especially in the wake of Angela Merkel's departure as German chancellor and Berlin's at times hesitant attitude toward the war in Ukraine.

Draghi is aware of this special consideration of Biden and it seems obvious that he can try to take advantage of it to boost his strength among the Twenty-seven.

The prime minister said before the press, at the beginning of his meeting and before being alone with his host, that "what happens in Ukraine will bring about a drastic change in the European Union".

For now, what Italian and European citizens want - he added - is for the war to end: "for this violence, these massacres, this carnage to end".

For this reason, and as Draghi understands, "people in the EU want to think about the possibility of achieving a ceasefire and starting credible negotiations": an option that, seen from Washington, seems far away right now.

The head of the Italian Government underlined his interest in speaking with Biden about the European objective of "energy independence" with respect to Russia: the great Achilles' heel of the EU in the response to Putin.

1 Musk to reverse decision to ban Trump from Twitter 2 Ukraine interrupts the transit of a third of the Russian... 3 Dismantled a network of 4 War Ukraine - Russia today, live: latest on the invasion,... 5 Why have the Filipinos elected a 6 The violence unleashed in Sri Lanka causes the resignation... 7 Alabama prison deputy warden who eloped with inmate... 8 Prince Charles replaces Elizabeth II for the first... 9 New South Korean president opens talks with Pyongyang 10 The Russian army bombs the center of Odessa 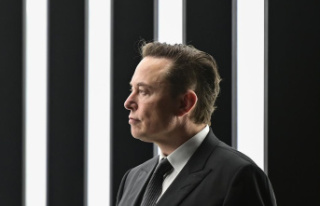 Musk to reverse decision to ban Trump from Twitter