Joe Biden sought to stage this Thursday the resounding support of the United States. 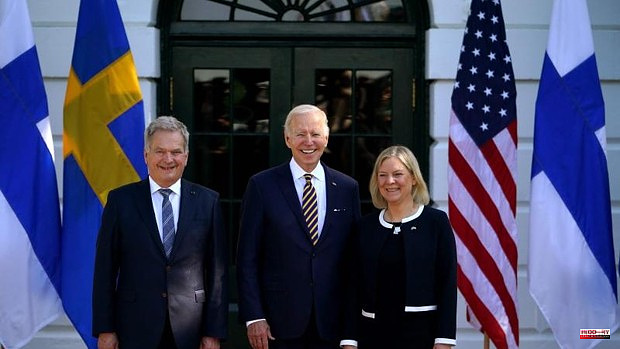 Joe Biden sought to stage this Thursday the resounding support of the United States. to the entry into NATO of Finland and Sweden, two countries that border Russia and that have decided to leave behind their military neutrality after the invasion of Ukraine.

The US president received the Swedish prime minister, Magdalena Andersson, and the Finnish president, Sauli Niinistö, at the White House, in an act in which he defended that the process of accession to the Atlantic alliance of both countries be as quickly as possible, in opposition media from members like Turkey and Croatia.

Biden sought to show the closeness with the intention of Sweden and Finland to enter NATO from the outset.

The three leaders walked into the Rose Garden of the White House, the US president holding onto Andersson's arm on his left and embracing Ninistö on his right. “It is a momentous day,” Biden said of the meeting, after Finland and Sweden formally submitted their request to join NATO the day before, for which the US president yesterday reiterated his “full and complete support ».

Biden assured that that same day his Administration would present to the US Congress reports supporting access to NATO for both countries, "so that the Senate can decide efficiently and quickly on consent to the treaty." The US president called on lawmakers to push the process "as quickly as possible, as soon as the perspectives of all allies have been taken into account and NATO adopts the accession protocol."

It was a veiled reference to Turkey, which has shown its opposition to the two countries' entry into the alliance, according to its president, Recep Tayyp Erdogan, because of its policies on Kurdish terrorist groups. Also to Croatia, which in recent hours has shown differences of opinion within its government about the new members.

The Finnish president tried to bring positions closer to Turkey since his speech at the White House. "As NATO members, we will be committed to Turkey's security, just as Turkey will be committed to ours," Ninistö said. “We take terrorism seriously. We condemn terrorism in all its forms and we are involved in fighting it », he added before assuring that they are open to negotiations with Turkey.

Andersson, for his part, stressed that Sweden "after two hundred years of military non-alignment, has decided to take a new path." The turning point for that decision, he said, was Russia's "large-scale aggression against a sovereign and democratic neighbor." The prime minister argued that "the Swedish people will be better protected within the NATO alliance."

Biden defended that both countries "more than meet all the requirements" to be part of the military alliance and assured that "the doors of NATO are open" for others.

"The fact that there are new members of NATO is not a threat to any country, it never has been," said the US president. "The purpose of NATO is to defend against aggression," he added and said that the entry of Finland and Sweden will improve the alliance. "Faced with the possibility of aggression, NATO has not been weakened, but has been strengthened," he defended.

1 Racing and San Sebastián de los Reyes do not play... 2 Iraola renews until 2023 with Rayo 3 Vocento incorporates the Rentingcoches.com platform... 4 Here it all starts from May 20: The culprits of the... 5 The Pyrenees is dying: more than half of its glaciers... 6 A therapy designed in the Basque Country, the new... 7 Greenalia will supply 45% of the energy to Alcoa with... 8 The Bizkaia tournament will open the summer of baseball 9 Dolz blames Cs for "the loss of 1.9 million"... 10 Coroner Kamel presents her report on deaths in CHSLDs 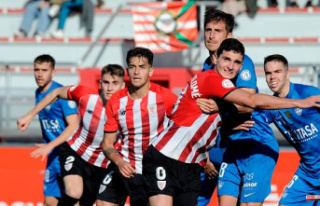 Racing and San Sebastián de los Reyes do not play...