The Finnish President and the Swedish Prime Minister agree to speak with Turkey to lift the veto. 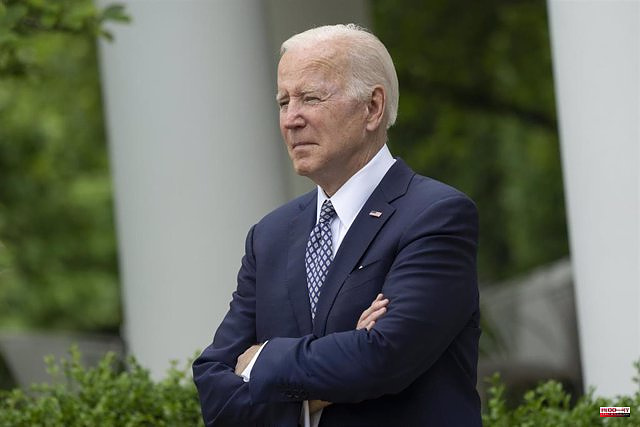 The president of the United States, Joe Biden, has stressed this Thursday that Sweden and Finland meet "all the requirements" to become members of NATO, a gesture that he has personally transferred to the Swedish prime minister, Magdalena Andersson, and to the Finnish president , Sauli Niinisto, who expect "quick" accession despite Turkey's reservations.

Biden received both leaders at the White House, in a clear nod to the two Nordic countries at a key moment, just one day after Sweden and Finland submitted their application for membership to the Atlantic Alliance. He has reiterated the "full" support of the United States in this process.

"NATO is more relevant than ever," said the US president, in an appearance in which he highlighted the closeness with Finland and Sweden, which would make the organization "stronger." Biden has also pointed out that NATO is a "defensive" alliance, which is only activated against possible aggression.

In this sense, he has said that Washington "does not forget" the activation of Article 5 of collective defense after the 9/11 attacks and has warned that it will be "vigilant" against potential threats to the Nordic countries in the months that remain until its potential aggression, in a veiled allusion to potential Russian actions.

"An attack against one is an attack against all," Biden said, willing to do "whatever it takes" for Sweden and Finland to become the 31st and 32nd members of the Atlantic Alliance.

Both Niinisto and Andersson have thanked Biden for his support at a time they have called "historic." Not in vain, both countries put an end to decades of neutrality, after an unprecedented turn linked to the military offensive launched by Russia on Ukraine on February 24.

The Finnish president now expects "strong support" from the 30 allied countries and a "quick" acknowledgment that Turkey has expressed some "concerns" regarding alleged collusion with terrorist organizations such as the Kurdistan Workers' Party (PKK).

"We condemn terrorism in all its forms and we actively combat it," said Niinisto, who confirmed that there will be contacts with Turkish authorities in the coming days to try to get Ankara to lift what for now is a 'no'.

The Swedish prime minister also hopes for a "rapid" ratification and, with this objective, has indicated that her government will speak with different countries, "including Turkey". "Sweden has chosen a new path," said Andersson, who believes that "the security of the Swedish population will be more protected within the alliance."

1 The European Parliament asks to accelerate the adoption... 2 Escrivá is dispatched against the Bank of Spain:... 3 The final of the 'Champions' between Barça... 4 The transport sector predicts another strike due to... 5 Roberto Díaz Pérez del Palomar from Vitoria will... 6 Oldani is inspired by Van der Poel and Contador to... 7 Formula 1, red hot in Spain 8 NATO membership: Finland and the alliance want to... 9 CaixaBank presents its new 2022-2024 strategic plan... 10 The Supreme Court files the complaint against Rufián... 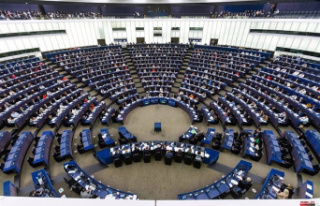 The European Parliament asks to accelerate the adoption...