Biden stated that more children are dying from guns than from cars. Here are the facts.

The shooting massacre at Robb Elementary School, Uvalde, Texas in which 19 children and two teachers were killed by an 18-year old gunman using an AR-15-style rifle has brought America's attention once more to the tragic number of children who have been killed by gunfire. 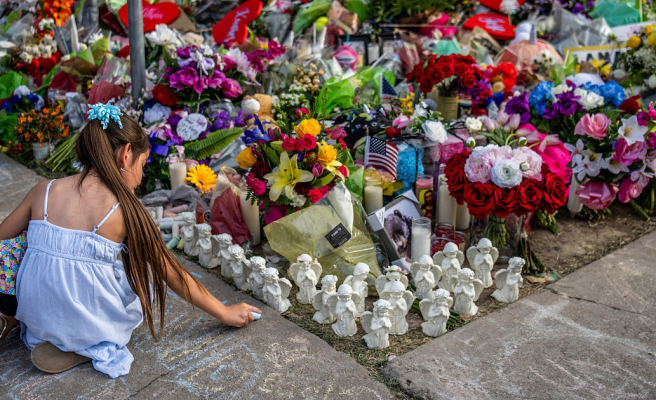 The shooting massacre at Robb Elementary School, Uvalde, Texas in which 19 children and two teachers were killed by an 18-year old gunman using an AR-15-style rifle has brought America's attention once more to the tragic number of children who have been killed by gunfire.

According to news reports and medical journals, guns kill more Americans than motor vehicles. During his speech on Thursday night, President Joe Biden reiterated that assertion. However, a closer examination of the data shows that gun deaths are very similar to those from vehicles. Much depends on how you slice the data.

According to NBC News' analysis of data from Centers for Disease Control and Prevention, gun and motor vehicle deaths rose significantly in 2020. According to the CDC's incomplete and provisional 2021 data, the gap between firearm and vehicular deaths is closing among 1-to-17-year-olds.

More than 20 news stories, including NBC News reports, cited an analysis that showed more gun deaths among children and teens than motor vehicle deaths in 2020. This analysis was published in a April letter to The New England Journal of Medicine as well as in a report from the Johns Hopkins Center for Gun Violence Solutions.

Jason Goldstick, an associate professor of emergency Medicine at the University of Michigan and co-signer of the New England Journal letter, stated that "the data speaks for itself."

A spokesperson for the White House responded to questions about the source of the claim by pointing to a Scientific American article on gun deaths in 1- to 24-year olds.

In some media reports, the president or other politicians avoid mentioning teens or teenagers and instead focus on gun deaths that surpass car deaths. Motor vehicle deaths rose 10 percent in this age group, despite firearm deaths increasing by 29 percent among children aged 1-17 between 2019 and 2020. Provisional data for 2021 show a gap between vehicle deaths and firearm deaths in children.

Experts attribute the rise in firearm deaths between 2019 and 2020, a trend seen across all ages, to several factors including the pandemic, as well as an increase in gun sales.

Ari Davis, a policy advisor at Johns Hopkins and lead author of the annual report on gun-related deaths in the U.S., stated that "the stressors we all face during Covid" is also a stressor that can fuel interpersonal violence.

Although gun homicides hit a new high in 2020, they were not evenly distributed. According to Davis firearm homicides rose the most in Black women.

The Johns Hopkins Center supports safe-storage laws as well as increased gun licensing in the states.

According to the report, the highest rate of gun-related deaths occurs in the South, as well as in New Mexico, Alaska, Montana, New Mexico, and Wyoming.

More than half of the reported 45,000+ firearm deaths in 2020 were caused by suicides, which is a higher percentage of gun deaths than the 19,000 counts of homicides that year. Homicides are more common among children and teens than suicides.

1 Thunderstorms can last between 20-60 minutes 2 Lagarde points out the July 1st rate increase 3 After the pandemic, teleworking is cut in half and... 4 The workers raise the pressure to avoid the "hammer... 5 Proud Boy pleads guilty and admits that he almost... 6 The president of Colombia sentenced to five days of... 7 Zverev has "several tears in his ligaments."... 8 The Public Administration and the self employed are... 9 Jordan Díaz improves his triple jump Spanish record:... 10 Jose Cabrera chooses the alternative in Vic Fezensac... 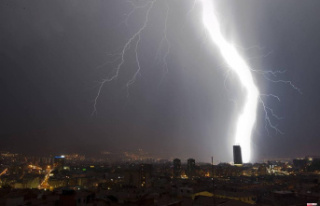 Thunderstorms can last between 20-60 minutes