Biden softens his policy towards Cuba by filing down Trump's vetoes

Biden is not Obama. 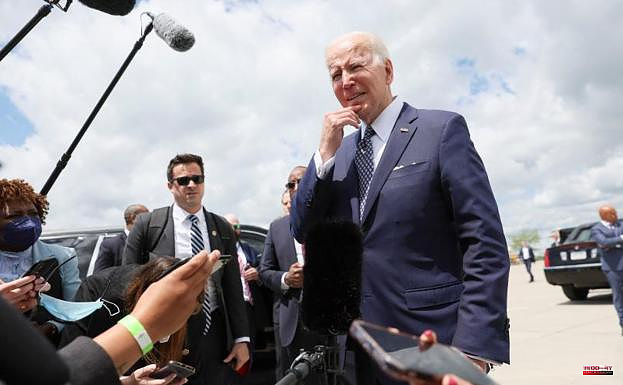 Biden is not Obama. He was just his vice president, but he's not Trump either. The Cuban government complained bitterly that it had not changed in the least the restrictive policies with which Trump drastically ended the thaw initiated by Obama. Since Monday he can no longer say the same.

As the Havana Foreign Ministry itself criticized after the White House announcement, the package of measures that will allow flights to Cuban provinces to be reestablished, will increase the value of remittances, will allow group trips for educational or work purposes and will even facilitate commercial operations that "They do not modify the blockade at all, nor the main measures of economic siege taken by Trump." They are, in Havana's opinion, "a limited step in the right direction" that, however, have outraged the hard wing of exile.

Among them is Democratic Senator Bob Menendez, with whom the White House claimed to have consulted but who reacted angrily. “I am dismayed to learn that they will authorize group travel through visits that resemble tourism,” he said in a statement. “To be clear: those who think that increasing tourism will feed democracy are living in denial. The world has been traveling to Cuba for decades and nothing has changed.

The Biden Administration assures that the Treasury Department will be in charge of auditing these group trips, which will only be allowed through travel agencies to make them more controllable. The objective of the measures is to facilitate relations between exiles and their families, by allowing the sending of up to 1,000 dollars per quarter in remittances, domestic flights that allow them to fly directly to the provinces and the possibility of claiming their relatives. More than 22,000 of those applications were stranded in 2016 when Trump came to power. The Cuban delegation, which two weeks ago held in Washington the first migratory meeting that has been held since then between the two countries, expressly requested it to stop the flow of Cubans now seeking the border with Mexico.

If the small opening with Cuba can be explained for humanitarian purposes, it will be more difficult for the Biden government to explain the lifting of sanctions on Venezuela that the Miami Herald newspaper advanced last night. According to this, the White House would be willing to do so in exchange for the Maduro regime agreeing to participate in negotiations with the opposition, which will take place in Mexico on an undetermined date. Here too, the White House has told the newspaper that it is doing so in consultation with the designated president Juan Guaidó, who in the past has conditioned the fragile negotiations -from which Caracas withdrew last fall- to the continuation of the sanctions.

However, the war in Ukraine and the need to find new energy sources have led in recent months to a rapprochement with Venezuela that was unthinkable last year. The relaxation of the sanctions would give the Chevron oil company a license to negotiate a license for future activities in that country, although it would need another authorization to exercise them.

1 NATO rises from its "brain death" 2 Putin and his accomplices banned from entering Canada 3 British MP arrested for alleged rape and sexual assault 4 China plane crash: Data suggests deliberate act from... 5 Trudeau deplores the holding of a soccer match between... 6 Threats against Gatineau schools: a fourth teenager... 7 A pedestrian street will see the light of day in Longueuil 8 The Oilers want to keep a cool head 9 Bill Guerin cannot guarantee the return of Kevin Fiala 10 At 112, a Venezuelan becomes the oldest man in the... 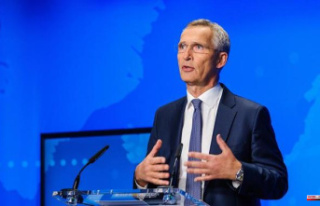 NATO rises from its "brain death"