Biden sets New Zealand as an example to limit guns

The US president, Joe Biden, received the Prime Minister of New Zealand, Jacinda Ardern, at the White House on Tuesday, May 31, and has set her as an example of how to curb the proliferation of assault weapons that are used as in massacres like the one in Texas last week. 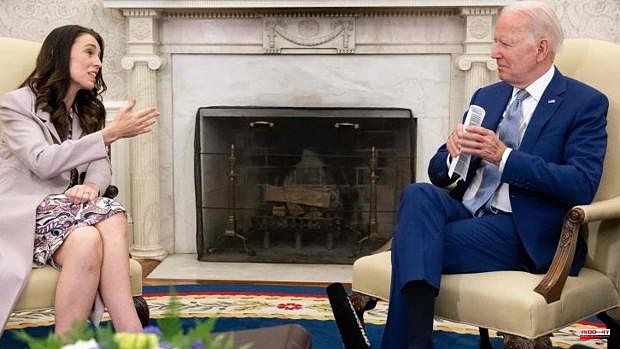 The US president, Joe Biden, received the Prime Minister of New Zealand, Jacinda Ardern, at the White House on Tuesday, May 31, and has set her as an example of how to curb the proliferation of assault weapons that are used as in massacres like the one in Texas last week. After the Christchurch massacre in 2019, with 51 dead and 40 injured, Adern succeeded in banning the sale of military-style assault rifles and semi-automatic weapons.

As Biden said alongside Adern in the Oval Office, “his leadership has assumed a critical role on this global stage, galvanizing action against climate change, and the global effort to curb violence, online extremism, as happened after Christchurch.

I want to talk to you about how those conversations went." The president then said that he plans to meet with Republicans on Capitol Hill to agree on possible reforms to gun laws.

In the massacre in Uvalde, Texas, on May 24, Salvador Ramos, 18, killed 21 people, all but two of them minors, with an AR-15-type rifle and a handgun. Ten days earlier, Payton Gendron, also 18, killed 10 people and wounded three others with a Bushmaster XM-15 rifle at a supermarket in the New York city of Buffalo. In the US, more than 15,000 people a year are killed by firearms, not counting suicides, according to the organization Gun Violence Archive.

The request for advice to the New Zealand prime minister highlights the impotence of President Biden, who has implored the Capitol to work on an urgent legal reform, at least to make it difficult to purchase weapons of war, which are often used in this type of massacre. . “When are we going to do something about the gun lobby?” Biden asked at the White House, visibly emotional, after the latest massacre.

Ardern's visit was planned before the latest massacres in the US, but Biden has undoubtedly taken advantage of the New Zealand president's fame after the Christchurch massacre, when he banned military-style semi-automatic weapons and large magazines. capacity and other devices that allow faster shots.

According to what a US official said in a telephone call on Tuesday, both leaders spoke in the Oval Office "about New Zealand's responses after the tragic Christchurch attack." “Both share a great concern for the slaughter of innocents that these types of extremist attacks entail. She did not urge the President to take any specific measures, but she did talk about the challenges posed by this type of attack and its terrible cost, "said the official, who requested anonymity in a call with journalists.

In addition to these limitations on the possession of rifles, Ardern and the French president, Emmanuel Macron, joined in 2019 in a proposal to force digital platforms to filter terrorist and extremist content online. The then president of the United States, Donald Trump, refused to join that initiative, a decision that Biden later reversed when he came to power.

After the conversation in the Oval Office, which lasted more than an hour and a half, Ardern told reporters at the White House that the Christchurch massacre "demonstrated a need to reform gun laws, but it also showed that there is an international problem around violent extremism and the presence of terrorist ideas online”.

This week senators from both parties begin a round of meetings to try to find points of agreement on possible weapons laws, although the expectations of change are almost non-existent.

1 Intercepted Recording Shows Russian Soldiers Almost... 2 Gazprom announces that it has already "completely"... 3 The trial for the Alvia accident will be held in the... 4 Mazón asks the European Commissioner for Food Safety... 5 This is how the Rolling Stones party was in Madrid:... 6 Alonso de Santos: «I have always looked for a joy... 7 2022 work calendar: why June 24 is a holiday for Saint... 8 Corpus Christi in Lagartera: procession full of devotion... 9 Live: Alberto Núñez Feijóo speaks at the Congress... 10 A sex scandal breaks into Macron's campaign for... 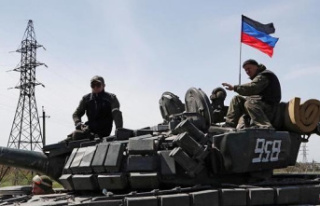