Biden's rudeness to Guaidó: he does not invite him to the Summit of the Americas

Despite the absence of the main allies of the trio of dictatorships of Cuba, Venezuela and Nicaragua at the Summit of the Americas, which is being held this week in Los Angeles, the White House has chosen not to invite Juan Guaidó, who in principle recognizes as legitimate representative of the Venezuelan people. 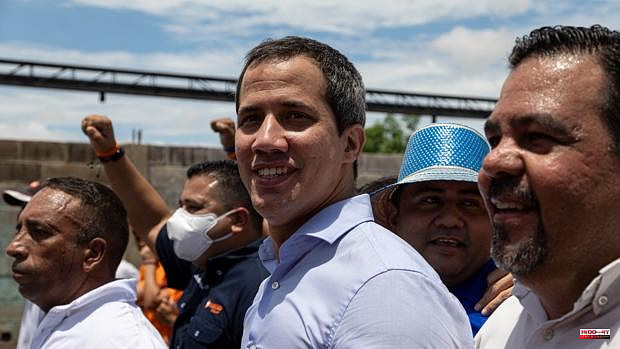 Despite the absence of the main allies of the trio of dictatorships of Cuba, Venezuela and Nicaragua at the Summit of the Americas, which is being held this week in Los Angeles, the White House has chosen not to invite Juan Guaidó, who in principle recognizes as legitimate representative of the Venezuelan people. According to what a senior US diplomat said on Tuesday, June 7, President Joe Biden has preferred to speak with Guaidó by videoconference on the margins of the meeting of heads of government and state.

It was Brian Nichols, the undersecretary for Ibero-American affairs at the US State Department, who said that Biden and Guaidó would most likely speak briefly via video conference. “We respect and recognize the interim government of President Guaidó.

President Biden is going to have a video call with President Guaidó, and in it the important issues in our bilateral relationship are going to be discussed, especially the return to the process of negotiations between the interim government of the Unitarian Platform and the regime of Nicolás Maduro » Nichols said in conversation with the press.

The decision not to invite Guaidó comes after weeks of back-and-forth between the White House and the Mexican president over who should be present in Los Angeles. Andrés Manuel López Obrador made it a condition to attend that the dictators of Cuba, Venezuela and Nicaragua were also present. The Biden Administration responded that it would not invite the dictators, but at the same time offered a Cuban delegation to attend, and lifted some sanctions against both Castroism and the Venezuelan regime. Even so, at the last minute, López Obrador decided to leave.

The summit is being held within the framework of the Organization of American States, which has 35 members. The US extended 30 invitations to heads of government and state from Latin America and the Caribbean, of which 22 accepted. The big and notorious absences are those of Mexico and those of the three countries that send the bulk of irregular immigration north, to the US border: Guatemala, El Salvador and Honduras.

The White House is now trying to defend that its plan was from the outset not to have represented any dictatorship, but according to what this newspaper published, there were contacts to extend an invitation to the Cuban dictatorship. Asked about those contacts, a US official said in a conversation with journalists: "At no time have we said, not even in the discussions about participation in relation to this summit, that we are going to break all relations or refuse to engage with countries about which we have significant democratic governance concerns. We interact with countries like this in all parts of the world.”

The truth is that since 2019, by decision of Donald Trump, the US has only maintained contact with the Venezuelan opponents commanded by Guaidó, considering the National Assembly to be the representative of the Venezuelan people. Guaidó has been received at the White House with honors as head of state, and has visited the Capitol during a State of the Union address. Washington does not have diplomatic relations with Maduro.

Guaidó, Biden was invited to a virtual summit of democracies in December 2021, which the Mexican López Obrador did not attend either. On this occasion, however, for the Summit of the Americas, the White House has kept its contacts with Maduro's opponents secret, and has not revealed its plans to the diplomatic team appointed with Guaidó serving in the US. in front of which is Carlos Vecchio.

Recently, the White House has reached out to Maduro. In March, the person in charge of Latin America in the National Security Council of the White House, Juan González, traveled to Caracas; the US ambassador to Venezuela, James Story, and President Biden's special envoy to free hostages, Roger Carstens, who met with Maduro in person.

Chavismo later released two Americans that it had imprisoned: Gustavo Cárdenas, one of the so-called Citgo six, the executives of that refining company who were arrested in Venezuela in 2017 on corruption charges, and Jorge Fernández, a tourist arrested last year. charged with terrorism for being in possession of a drone.

Later there were two partial lifting of sanctions against Venezuela. The most recent was this week. The White House allows the Spanish oil company Repsol and the Italian Eni to start sending oil from Venezuela to Europe to compensate for cuts in supply and the acquisition of crude oil from Russia, after the sanctions for the invasion of Ukraine.

Already last month, the US government allowed the US oil company Chevron to negotiate some licenses directly with the Venezuelan regime, although for the time being it is not allowed new drilling or exports of Venezuelan crude. On the other hand, a former director of the state oil company PDVSA and nephew of the Venezuelan first lady, Carlos Erik Malpica-Flores, is eliminated from the official US sanctioned list, in which he was included for corruption. This decision was criticized by opponents of Chavismo, whom Washington recognizes as legitimate representatives of the Venezuelan people.

Venezuelan Vice President Delcy Rodríguez said last month on social media that she hoped the US overtures would "pave the way for the total lifting of the illegal sanctions that affect all of our people."

1 India's central bank raises the interest rate... 2 What Conservatives might succeed Johnson in the UK... 3 How climate change and warm waters affect the health... 4 Seven arrested for making fraudulent contracts to... 5 Julio Jiménez dies in a car accident 6 Bruce Springsteen announces a second date in Barcelona... 7 Declared level 1 of Emergencies due to the chlorine... 8 A hundred workers demand an "urgent" solution... 9 The Valencia Marathon exhausts the 30,000 bibs of... 10 Those affected by the volcano "stunned"... 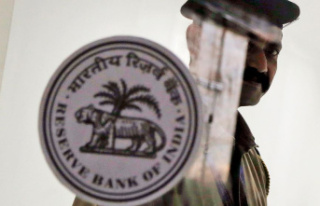