Joe Biden could not be more satisfied this Thursday. 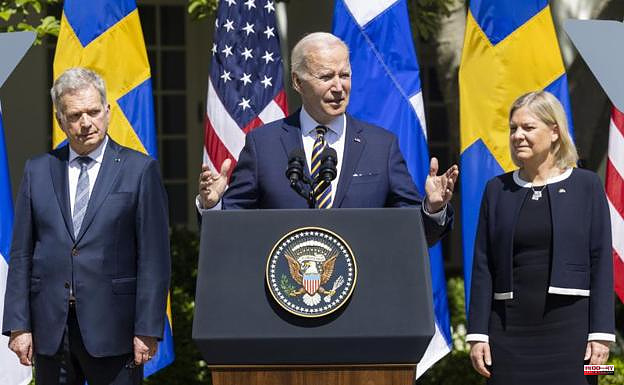 Joe Biden could not be more satisfied this Thursday. The decision of Finland and Sweden to request their entry into NATO seems to him "a turning point" in history because "they will make the Alliance stronger". And not because of its military capacity, but because of the strength of its democracies. "They have the full support of the United States," he proclaimed when receiving their heads of state at the White House, the day after submitting the request. "This is a victory for democracy in action."

Not everyone sees it that way. Turkey has blocked the "historic" request of these countries for their support of the Kurdish people, but Washington is optimistic. National Security Advisor Jake Sullivan is convinced that Turkey will eventually give in. Recep Tayyip Erdogan only seeks to take advantage of this situation to eliminate international resistance to his fight for Kurdistan.

This Thursday, in that Pink Garden of the White House, he took his first victory by starting a commitment to "condemn terrorism in all its forms" from the Nordic leaders, who promised to fight "actively" against him. "As NATO allies we will be as committed to Turkey's security as Turkey is to ours and we will take terrorism very seriously," promised Finnish President Sauli Niinistö, together with Swedish Prime Minister Magdalena Andersson.

Russia has not objected either, although it has warned that transferring military equipment to the territory of those countries so close to their border will be considered a threat. Biden, of course, disagreed with the possibility that the strengthening of the Atlantic Alliance is a threat "to no one", because he considers NATO to be a merely defensive organization. Of course, "the attack on one of us is an attack on the entire Alliance," he warned.

For Sweden, it means breaking a tradition of neutrality that it has maintained for 200 years, but since the Russian invasion of Ukraine began on February 25, "the masks have fallen," admitted its prime minister. "Sweden has chosen a new path." Andersson's government is convinced that "the best way to protect the Swedish people" is to integrate into the military structure of the transatlantic organization, regardless of the threats from Moscow. "We have not blinked," added the head of state. "It's been a turning point for us."

Biden boasts that until recently many wondered if NATO was still a relevant organization, but Vladimir Putin's movement has served to strengthen it and renew its raison d'être. In addition to bringing sophisticated military capabilities, both countries say they are willing to soon fulfill the commitment of 2% of their GDP in military spending.

During their visit to Washington, they will meet with the leaders of the Senate, where their request must be voted on, to explain everything that their countries will contribute to the Alliance, not only in military matters but also in the promotion of renewable energies, which has already been demonstrated by the Russian invasion, is a key national security issue.

On the other hand, Poland showed its support for the Scandinavian countries. Its prime minister, Mateusz Morawiecki, assured on Thursday that Warsaw will defend Sweden and Finland in case of attack, even before they join NATO. Croatia also did the same, in a way. Although its president, Zoran Milanovic, insists on the veto, the Foreign Minister, Gordan Grlic Radman, stated that his representative to NATO in Brussels, Mario Nobilo, "has my instructions to accept the requests" for membership.

1 Rihanna is finally a mom 2 Border services monitoring project relaunched 3 Nadal, Alcaraz and Djokovic, called to meet at Roland... 4 Tiger Woods stumbles at the wrong time 5 Depp/Heard trial: actor's career already in decline... 6 Robles and the US Secretary of Defense commit to working... 7 PSG ultras support Idrissa Gueye 8 Twitter will hunt down misleading messages about the... 9 Robles guarantees the US that Spain will continue... 10 Sick, Charlotte Cardin postpones all her concerts... 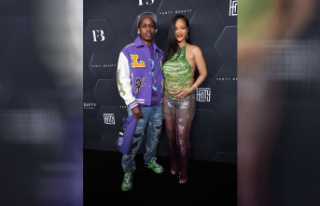