Biden pressures Republicans in the face of the latest killings: “It is time to act”

'Do something' is the message that the Americans have transferred to the president of the country after the latest massacres with firearms that the country has suffered. 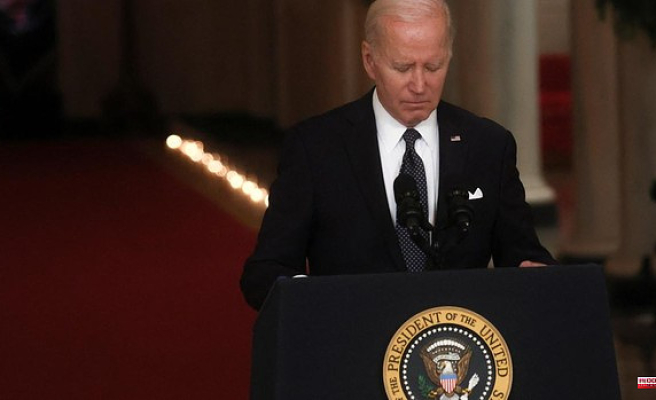 'Do something' is the message that the Americans have transferred to the president of the country after the latest massacres with firearms that the country has suffered. This was stated this Thursday night by Joe Biden in a televised speech during prime time that served to transfer that request to the Republicans in Congress: they are the ones who repeatedly block any attempt to pass laws that toughen access to weapons.

Biden was on his way to the country nine days after an 18-year-old who had legally purchased assault rifles unloaded one into an elementary school class in Uvalde, Texas, killing 19 children and their two teachers. .

Last month, a 19-year-old boy, also with a similar legally acquired weapon, killed 10 people in a racist-motivated shooting in Buffalo, New York. On the eve of Biden's speech, a man killed his surgeon and three others at a Tulsa, Oklahoma, hospital with another of those military-style rifles, which he bought just three hours before the massacre.

“We cannot fail the people of the United States again,” Biden said from the White House, but with his eyes on Congress, which has the power to promote legislative changes in access to weapons, a right established by the Second Amendment of the US Constitution. The president of the US referred to the dynamics in which the country falls in the face of these massacres, which have been repeated for decades: commotion, calls for regulatory changes, blockage in the Congress and wait until the next tragedy.

"Enough is enough, enough is enough," lamented Biden, who recalled that the problem of weapons is not only those great massacres whose locations everyone remembers in the US (Columbine, Sandy Hook, Las Vegas, Parkland, Pulse, Sutherland Springs...), but it is a routine scourge: since the one in Uvalde last Tuesday, there have been twenty mass shootings - at least four dead or wounded by bullets - in the country, and 233 so far this year.

Armed violence, he recalled, has become the leading cause of infant death in the world's leading economy, above car accidents or cancer. "Over the last two decades, more schoolchildren have been shot to death by gunshots than police and soldiers in the act of serving," he said. “How much more carnage do we want to accept? How many lives still have to be lost for us to say that it is worth it?

Biden was speaking on the same day that the House of Representatives, with a Democratic majority, had approved a law that expands the control of the criminal history of those who buy weapons and that eliminates a regulatory loophole that allows a weapon to be sold if that review does not reach the store after three days. In addition to these measures, the president detailed others, which will reach the Lower House next week: the veto on the sale of assault rifles, something that was temporarily achieved in the 1990s and that reduced the number of killings; if that is not possible, raise the minimum age to purchase one from 18 to 21 (the legal age in the US, for example, to consume alcohol); the veto of high-capacity chargers; the promotion of “red flag” regulations, which warn of violent or suicidal behavior, to prevent these individuals from accessing weapons; obligation for gun owners to use trigger locks; or eliminate the legal immunity of the arms industry from possible lawsuits.

Biden describes these measures as "common sense rules", which do not violate the Second Amendment, which "like all rights, is not absolute, is not unlimited." “Machine guns have been federally regulated for almost ninety years. And this is still a free country », he argued before those who refuse to touch any regulation on weapons.

Among them are the vast majority of Republicans in the Senate, the decisive chamber for any regulatory advance, where Democrats only have a minimum majority in which they need broad support from the opposite caucus.

That is very difficult to happen. And Biden, at least, wants to get an electoral slice of not acting against weapons: "I think that this time the majority of Americans will not give up," he said about the difficulties of getting laws in this regard in Congress. "I think most of you - he assured looking at the camera - will make your outrage a priority for your vote."

1 The socialist mayor of Venta de Baños asks for public... 2 The Boston Celtics defeat the Warriors 120-108 and... 3 Castilla y León practices last year two of the ten... 4 Madrid metro line 6 cut due to technical incident 5 Sacyl only covers 74 of the 314 resident doctor positions... 6 Mañueco: «The debt is the poverty that our children... 7 Board and Government criticize each other for their... 8 Turkey changes its name in all languages ​​and... 9 Marc Márquez, successfully operated on the arm 10 Aketxe's great goal that returns the illusion... 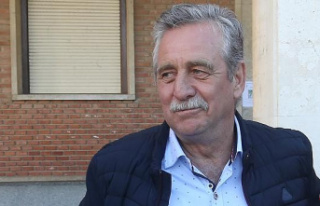 The socialist mayor of Venta de Baños asks for public...