Biden confirms that he will travel to Saudi Arabia, which he said had to be turned into a "pariah"

After weeks of speculation, the White House announced on Tuesday that Joe Biden will travel to Saudi Arabia as part of a visit to the Middle East in July that will also take him to Israel and Palestine. 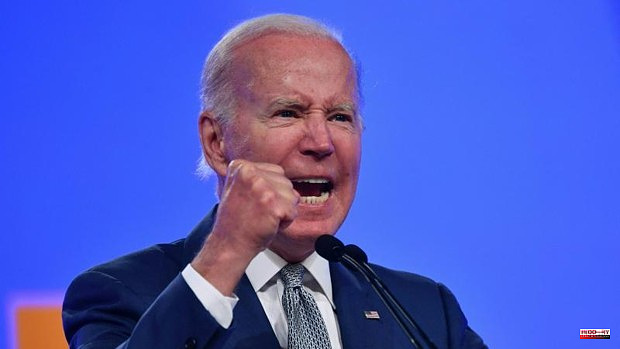 After weeks of speculation, the White House announced on Tuesday that Joe Biden will travel to Saudi Arabia as part of a visit to the Middle East in July that will also take him to Israel and Palestine. The US president was between a rock and a hard place: Saudi Arabia is a traditional partner of the US and its cooperation is even more necessary in the growing nuclear tension with Iran and the energy price crisis that the first world power; At the same time, Biden promised to marginalize Saudi Arabia in the 2020 election campaign for its human rights abuses and in the face of the scandal involving the murder of Jamal Khashoggi, a Saudi journalist critical of his country's regime and who lived in USA

The primary debates are dangerous because the candidates are obliged to show their most aggressive version so that the rest of the rivals do not eat their cake. In one of them, in 2019, Biden assured the Saudis that, as president, he would "make them pay the price" and make him "in fact, the pariah that they are."

Then the death of Khashoggi was still fresh in the memory, who was murdered and dismembered by a group of Saudi agents in the Saudi Arabian consulate in Istanbul, where he went to process documents for his wedding. US intelligence determined that it was Crown Prince Mohammed bin Salman - also known as MSB - who ordered the execution of Khashoggi, who then works as a columnist for The Washington Post.

Biden has now made it clear that he has other, more pressing problems: the price of gasoline is at record highs, above five dollars a gallon (3.7 liters), and each tank that is filled equals an angry voter; At the same time, as a senior official explained anonymously in a call with journalists, Saudi Arabia is key to "containing an Iran," at a time when the Tehran government is threatening to derail the recovery of the no-go agreement. proliferation of nuclear weapons.

The most controversial point of his trip to Saudi Arabia will be his meeting with MSB, which was confirmed by the senior US official. The inclusion in the agenda with the de facto leader of the country has been negotiated until the last minute. This same Saturday, Biden assured journalists that he had not yet decided if he would see MSB on the trip, which had not yet been announced.

“I am not going to change my point of view on human rights, but as president of the United States, my job is to work for peace,” defended the American president, without denying that energy prices are an essential part of this trip. Biden “is excited about this important visit to Saudi Arabia, which has been a strategic ally of the US for almost eight decades,” his spokeswoman, Karine Jean-Pierre, defended in a statement on Tuesday.

The trip to the Middle East will be between July 13 and 16 and will start with a stop in the regional priority partner, Israel, with whom Biden has cultivated his relationship for almost fifty years, when he made his first official trip to the country, just premiered as a senator in Washington.

In addition to meeting with the main Israeli leaders and visiting a military complex where US defense systems are used, Biden will meet with the president of the Palestinian Authority, Mahmoud Abbas. He will probably be in Bethlehem, according to the senior US official. There he "will reiterate his strong support for the two-state solution, with equal security, freedom and opportunity for the Palestinian people," Jean-Pierre said in his statement.

1 The digitization of the tourist: 78% of reservations... 2 The SEPI will propose the former socialist deputy... 3 These are the cheapest hours of electricity for this... 4 Russian and Belarusian tennis players will be able... 5 Sauce Gardner paid $50,000 for D.J. Reed will wear... 6 Luís García Montero: "I don't believe... 7 These are the tips of the OCU to avoid fraud in the... 8 Joe Burrow cheers for the Bengals to offer Jessie... 9 Cordell Volson signed by the Bengals, completes their... 10 Cubans adjust in a month following a devastating hotel... 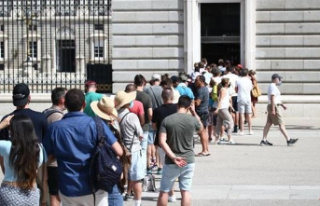 The digitization of the tourist: 78% of reservations...