Beyond the "boys' club"

The National Assembly was designed by and for men and, although women now have access to it, the ways of doing things have not changed. The National Assembly was designed by and for men and, although women now have access to it, the ways of doing things have not changed.

It was Véronique Hivon, a renowned and equally appreciated MP, who testified to this this week, in an article in the 24 hours.

Like at least 15 other women, this prominent figure in Quebec politics will bow out after this term.

The elected PQ stresses that a change of political culture must take place in the National Assembly. This change, which includes ways of working, will not happen without a critical mass of women, and several obstacles persist, she says.

This is also the opinion of Christine St-Pierre, another respected politician who is leaving. The elected Liberal speaks of a "boys' club" and points out that this is also true for political staff.

Of course, the parties must make the effort to present as many women as men. A law on parity would be welcome, knowing that there are no fewer competent and intelligent women than men.

But the strategic positions, whose holders hold the power, must also be occupied by a greater number of women.

In northern European countries, such as Sweden, Finland and Iceland, it has long been understood that measures to reconcile work and family represent one of the keys to achieving parity.

At the National Assembly, there is still no daycare center or CPE or access to parental leave for elected officials. It is inconceivable!

It is certainly disappointing to see so many women leaving politics. We have to find ways to attract others. Parity is no longer a choice, but a necessity in a self-respecting society.

1 When May thinks it's July 2 The success of the greatest number 3 You and sports 4 Manuel Palencia, sailor on land 5 They transfer to the hospital a wounded by a stab... 6 A 62-year-old man dies in Villacañas after colliding... 7 Spain does not clarify for now if it will support... 8 The convicted ETA members will have to defend their... 9 Feijóo prepares a parallel agenda to that of Moreno... 10 The PP asks the Government to review and suspend the... 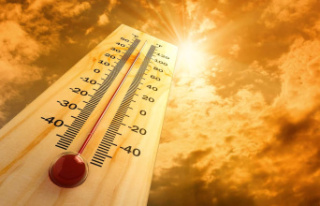 When May thinks it's July