Between Mónica Oltra, the Azud case and her brother: the triple judicial front that puts Ximo Puig in a bind

Ximo Puig takes a break this weekend in Morella while preparing his speech at an informative breakfast on Monday in Madrid that will be marked by the legal situation of Mónica Oltra. 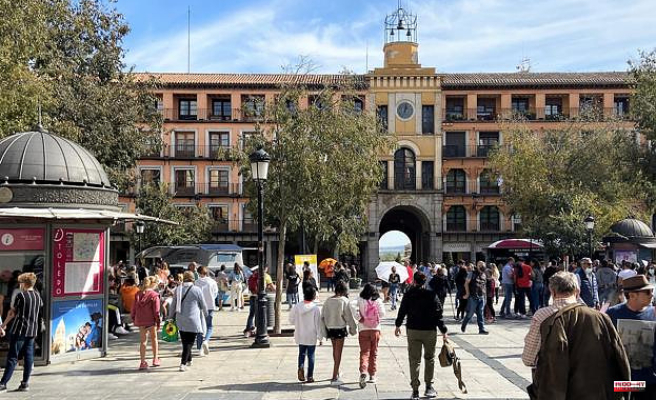 Ximo Puig takes a break this weekend in Morella while preparing his speech at an informative breakfast on Monday in Madrid that will be marked by the legal situation of Mónica Oltra. The president of the Generalitat Valenciana and general secretary of the PSPV-PSOE faces the last year of the legislature (as long as he does not decide to advance the regional elections) compromised by a triple judicial front.

The first affects its vice-presidency and spokesperson. The Prosecutor's Office understands that there are "relevant indications" for the leader of Compromís to be charged in the case that investigates the management of the Ministry that directs (Equality and Inclusive Policies) of the case of sexual abuse of a minor protected by the Generalitat for which Monica Oltra's ex-husband was sentenced.

When the events occurred, Luis Eduardo Ramírez Icardi was still married to the vice president of the Generalitat. The judge investigating thirteen senior officials and officials of the Conselleria de Oltra for the alleged helplessness of the victim has asked the Superior Court of Justice to summon her to testify as a defendant, since due to her status as a regional deputy she enjoys privileges.

The Prosecutor's Office assumes the thesis of the head of the Court of Instruction number 15 of Valencia and has expressed its support for the imputation of Oltra, who has actively and passively insisted on his innocence and has warned that he does not intend to resign. The vice president of the Generalitat is part of the Compromís quota in the coalition government with the PSPV-PSOE and Podemos. However, her continuity puts Ximo Puig in a bind, whom the Popular Party has already demanded to remove her "number two" from her if she refuses to abandon her positions in the event of being charged. .

However, any maneuver by Ximo Puig in this sense would de facto break the Executive in the final stretch of the legislature and with some polls that point to a technical tie between the left-wing bloc and the right-wing bloc.

Any slip in the remaining months until May 2023 could tip the balance. In this regard, the judicial future of Mónica Oltra is not the only front related to the courts that Ximo Puig faces. The Socialists fear that the opening of the summary of the Azud case, which is still kept secret by order of the Investigating Court number 13 of Valencia, could uncover irregularities related to the financing of the PSPV-PSOE.

For now, in the macrocause that investigates the payment of kickbacks and bribes, the former treasurer of the Valencian socialists, José Cataluña, and the lawyer José Luis Vera, historically related to the formation, appear as investigated. In addition, in the framework of the Azud case, the then deputy delegate of the Government of Pedro Sánchez in the province of Valencia, Rafael Rubio, was arrested a little over a year ago.

In the part of the summary that is known so far, the name of Vicent Sarrià, deputy in Congress and member of the Ximo Puig Executive, also appears as a participant in meetings with Jaime Febrer, considered by the investigators to be the ringleader of the plot, and regular recipient of gifts from businessmen.

According to the investigators of the Central Operative Unit (UCO) of the Civil Guard, the corrupt plot of the Azud case paid electoral expenses as bribes at the request of positions of the Valencian PSOE.

Despite this background, and those that could arrive when the entire summary is lifted, Ximo Puig maintains that the Azud case is a PP plot, since its origin is in the Valencia City Council during the stage of the deceased Rita Barbera.

Regardless of the future of Mónica Oltra and the future of the Azud case, another court, that of instruction number four of the Turia capital, maintains Francis Puig, brother of the president of the Generalitat, as accused for alleged fraud in the subsidies granted by the Valencian Government. Among the expenses justified by Francis Puig with public aid is the payment of the rent of a ship to the father of the president of the Generalitat or the repairs of the car of another of his brothers.

In this context, Ximo Puig appears this Monday in Madrid the same week in which he is scheduled to join the Andalusian election campaign in support of Juan Espadas with a PSOE in free fall in a scenario that the left tries to avoid at all costs in Valencia.

1 Alternative models for urban cultural tourism that... 2 Mañueco announces the immediate resolution of 27... 3 "The Love Boat": How a TV series transformed... 4 The PP's "heavy jokes," on issues like... 5 Japan tests a return to tourism 6 Olona is a "focus for hope for all" in Andalusia... 7 These are the five things you should not miss this... 8 The FEX distributes music, dance and other entertainment... 9 They are able to successfully grow plants in the Moon's... 10 Crew-4 astronauts launch for the International Space... 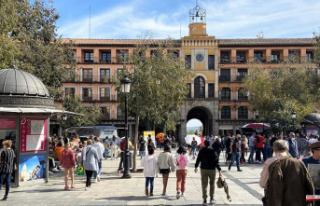