The name of them does not stop sounding with force. 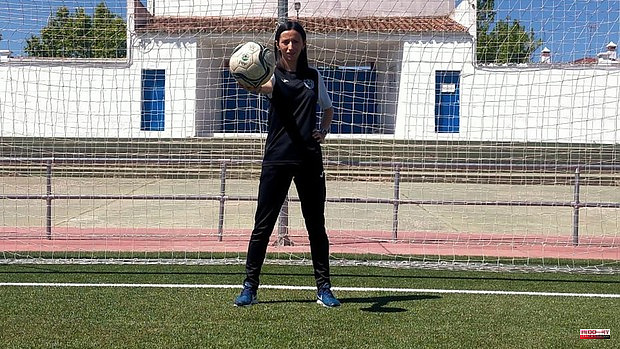 The name of them does not stop sounding with force. Amaia Gorostiza has presided over Eibar for years, Guadalupe Porras serves as linesman in the First Division, Ana De la Torre is Getafe's doctor, examples that illustrate the unstoppable, albeit slow, incorporation of women into the world of men's football. A path of no return in which the step that many consider definitive has yet to be taken: the presence of one of them on the bench directing an elite team. The image that the cameras fail to capture, the decision that no professional club has yet dared to take, a barrier, however, that has already been knocked down in the lower categories by coaches like Beatriz Galán Cayado.

“If a woman occupied a bench in men's professional football, I am sure that many more would follow. But I understand that a club has to be very brave to make that decision because of all the public debate that would be generated. I could not tell you when we will be able to see it, what is clear to me is that we are getting closer to her », affirms the Extremaduran to ABC, radiant with happiness for the promotion that she has just celebrated with her team.

The category jump achieved by this 33-year-old from Badajoz with San Jorge de Alor has much merit because she has only suffered one defeat during the season, but above all because she has achieved it at the head of the team from the smallest town that competes in the senior men's football from Extremadura, the representative of a district of Olivenza with barely half a thousand inhabitants. The journey to the First Extremeña, however, has not been with a red carpet nor has it been comfortable for the only coach of a boys' team in this autonomous community.

Throughout the course she has had to listen to more than one insult for her status as a woman, the last one not long ago, in the promotion playoff, where she and her second, Mayte Pérez, were called 'feminazis'. «In the matter of comments, it is more difficult for us to train a men's team. If I were a man, nobody would have told me that we won the league because as a woman I am well seen by the Federation and they have helped us.

A footballer until a crusader injury caused her to retire when she was 26 years old, Beatriz Galán also has experience as a coach in girls' teams and has already celebrated another promotion with CD Badajoz Feminino, her previous club. Therefore, she dares to compare. «Women in a locker room take things perhaps in a more personal way, I would dare to say that we are more 'grubby'. For example, if you leave a player out of the call, in the next training session it is difficult for her to look you in the face, men are much more noble in that sense.

At this point, that a woman trains a group of boys continues to surprise and cause confusion, and Beatriz Galán remembers how in some fields they have received her thinking that she was the delegate or the masseuse of the team. Anecdotes that do not lead to discouragement because this Extremaduran, who is currently competing for the General State Administration and is training to be a teacher at the Coaches School, is very clear that there are already women ready to occupy a bench in professional men's soccer. «In the Women's First Division, girls like María Pry, Iraia Iturregi, Sara Monforte or Natalia Arroyo have been proving their worth for years and are more than prepared to occupy it. I believe that the reason why no club has yet dared to take the step is that they do not have the visibility that men's football does. The absence of women can go a little there, due to that lack of references ».

With the promotion achieved with San Jorge, Beatriz and Mayte, without looking for it, have become that reference for other young women from Extremadura who look to the benches: «If we have helped or encouraged them to take that little step to be coaches, delighted». His success has also drawn the attention of the media. «What if I think the press looks at me more for being a woman than for my work as a coach? Look, that bothers me especially when the week of March 8 approaches, when they start calling you from many places, for interviews, talks, colloquiums... because on March 8 everyone beats their chests, but the rest of the year they turn their backs on women”, he answers the question from this newspaper. “Serving you is part of my job, like preparing for a match or training. I also believe that talking to the press is something necessary not only for me, but also for all those women who never had, and perhaps will not have, the 'little speaker' that they can give me to my media.

The eldest of three sisters, in her stage as a soccer player Beatriz came to play in the First Division defending the Llanos de Olivenza region together with her sister Alicia, now dedicated to arbitration. "My other sister, Elena, is the only one who has not been a soccer player." When hanging up her boots, she preferred to look at the world of the benches and she has been giving orders from the band for seven years now. «I have not set a limit, a goal, I want to continue learning and working to get as high as I can. It's my dream and I'm going to fight for it."

While he continues fighting for that dream, at San Jorge de Alor, a club in which he already lived a first stage and to which he was also promoted in 2019, he has found his other family. «We have become a great family, especially this year, in which the team has felt the warmth and affection of the fans and the whole town. Playing with a full field is to start winning and that is why the success of the team is shared with the people. Eternally grateful to everyone », he explains.

Women have broken into the world of men's football, they have done it to stay and some like Beatriz Galán seek to make a career on their benches. She has already taken the first step with San Jorge.

1 Navarra recovers its prominence 2 The metal unions of Bizkaia demand the IPC and warn... 3 Rio Tinto boosts investment in Arvida 4 Being seventh and playing in Europe would leave a... 5 That defeat from which you have to learn 6 Legault's linguistic approach makes people unhappy... 7 A sustainable development award for Trois-Rivières 8 Transport services are reviewing their way of doing... 9 Carol Zhao surprises, but bows 10 Tammara Thibeault secures medal at worlds 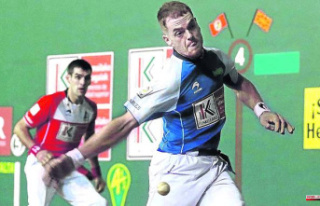