Bernabé Zapata Miralles (25 years old) showed the same daring in the press room as on the clay of Roland Garros, where this Friday he made history by becoming the first Spanish tennis player to reach the round of 16 of the French tournament from the previous round. 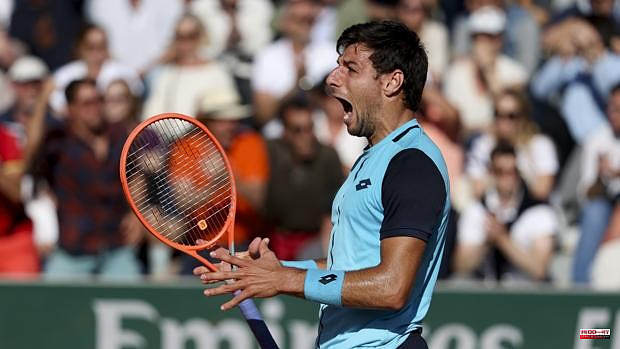 Bernabé Zapata Miralles (25 years old) showed the same daring in the press room as on the clay of Roland Garros, where this Friday he made history by becoming the first Spanish tennis player to reach the round of 16 of the French tournament from the previous round. «I love that the Spanish teams win in Europe. I wish I had a ticket, I ask Florentino publicly from here, "said the radiant Valencian before the media after touching the sky with his victory against the giant John Isner 6-4, 3-6, 6-4, 6- 7 (5) and 6-3 in three hours and 28 minutes.

Despite this desire to be at the Stade de France today, 'Berni', as his friends call him, is not a Real Madrid fan because he was born in Valencia (January 12, 1997) and his colours, as he admits, are the of the Mestalla complex.

Although as a child he also kicked the ball, he followed in his older brother's footsteps and started playing tennis at the age of 6 at the Valencia Sporting Tennis Club. Nineteen years later, he celebrates the greatest success in his career as a professional tennis player, which began in 2015.

An admirer of Rafa Nadal, his great reference in the world of tennis, however, was David Ferrer close to home. The man from Alicante, who became number 3 in the world, has been his model both inside and outside of the track, according to Bernabé Zapata. «I was lucky enough to train with David during the last stage of his career, something that gave me a lot on a tennis level and also learning on a mental level. It is a mirror for me as an athlete.

The Valencian is currently 131st in the world, but his explosion at Roland Garros has made him rise like wildfire and next Monday he will climb at least 35 places to be ranked 96th in the ATP, thus surpassing his best mark: 110th in August 2021 Trained by Carlos Navarro since 2015 he has been growing step by step. Before knocking down the giant Isner, he had beaten two other North Americans at Roland Garrios: Michael Mmoh and Taylor Fritz, the 14th best racket in the world and champion this year at Indian Wells. Bernabé Zapata has German Alexander Zverev as his rival in the round of 16 this Sunday.

In 2018 he faced his first match in an ATP tournament, which to this day still has to combine Challengers. In October 2019, the Spaniard reached an ATP Challenger Tour final for the first time in his career. He did it in Hamburg, but could not lift the trophy after a tight final against Botic Van de Zandschulp (3-6, 7-5, 1-6). He couldn't do it either in Todi in August 2020 when he lost to Yannick Hanfmann (3-6, 3-6), but he could a month later in Cordenons, on his third chance, where he premiered his record winning the end to Carlos Alcaraz.

Bernabé Zapata has been growing year after year, but the definitive explosion has occurred after confinement. A time that the Valencian took advantage of the Valencian to polish his game. "After confinement I trained quite hard and focused a lot on the aspects to improve," he assured in an interview. His joy is not only due to this tennis jump, but also to the economic one. Until traveling to Paris he had 760,000 dollars in earnings, with what he has already done at Roland Garros he has secured another 229,000 dollars.

1 Felipe VI heads the list of guests for the Champions... 2 Liverpool - Real Madrid, the Champions League final... 3 Putin is headed for a "devastating" defeat... 4 Grenoble. Traffic is disrupted following an accident... 5 Angelo Sodano is now deceased. 6 Commitment of the Board to continue supporting the... 7 Four arrested for attacking each other with sticks... 8 Enfuriated Pharmacy: "If you don't add humor... 9 Perigueux: She misses her niche, and ends up in a... 10 Roland-Garros: End of the fairy tale for Leoliajean... 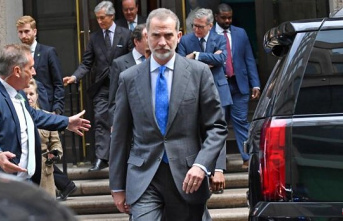 Felipe VI heads the list of guests for the Champions...