Belgium refuses to extradite Valtonyc after repeating the trial

The Court of Appeal of Ghent (Belgium) has rejected this Tuesday that the Balearic rapper Josep Miquel Arenas, better known as Valtònyc, be handed over to the Spanish authorities for a crime of insulting the crown, in a ruling that reproduces the already failed decision in a first trial but that the Belgian Court of Cassation forced to repeat. 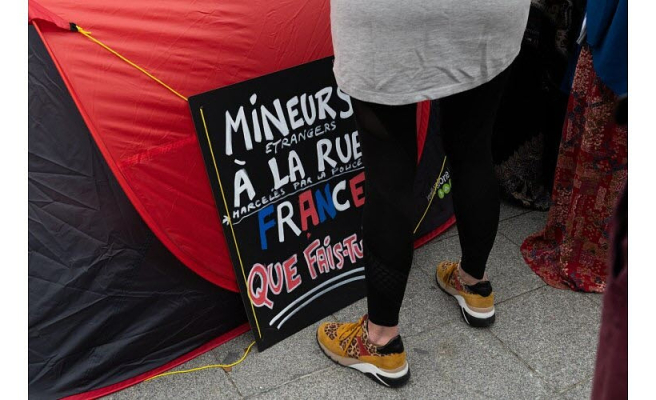 The Court of Appeal of Ghent (Belgium) has rejected this Tuesday that the Balearic rapper Josep Miquel Arenas, better known as Valtònyc, be handed over to the Spanish authorities for a crime of insulting the crown, in a ruling that reproduces the already failed decision in a first trial but that the Belgian Court of Cassation forced to repeat.

“The Court of Appeal has established for the second time that insulting the monarch of Spain is not a crime in Belgium. The decision not to extradite has been confirmed again in Ghent, despite the Brussels Cassation ruling," reported the singer's lawyer, Simon Bekaert, after a hearing that lasted only a few minutes and in which the court has communicated his judgment.

With a new composition, the court analyzed whether the Belgian law is applicable to the crime of insulting the Crown, as ordered by Cassation, which did not consider the appeal to reject the delivery for the crime of threats and the exaltation of terrorism as requested by Spain.

“Casation did not say that he had to extradite, but to examine whether the facts are attributable to a normal crime of libel. Now the court has evaluated this in more detail and has decided that this hypothesis is not a crime either," Bekaert explained to journalists gathered in Ghent.

Before the decision there is an appeal, which must be presented within 24 hours, although different judicial sources consulted by Europa Press considered before hearing the ruling that it was "highly likely" that the case would be considered resolved after the ruling of the Ghent court . Although, the sentence the Belgian Prosecutor's Office has pointed out after the sentence that it is premature to pronounce.

"Today was a hard day because we didn't know what could happen, we decided to come here for a fundamental rights issue and in the end, that's it," said the singer, visibly moved in statements to the press.

After the ruling of the Belgian justice, Valtònyc has presented himself as a fighter for freedom of expression and has indicated that now "is the time to do politics." "It is time to demand that all the people who have suffered this in Spain stop suffering, that Pablo Hasel be released from prison and continue to be politically active," he stressed.

The rapper fled to Belgium in 2018 to avoid being imprisoned in Spain where he was sentenced to three and a half years in prison for praising terrorism, slander and serious insults to the crown, after which the Spanish authorities issued a European Order of Detention and Surrender (OEDE).

The judicial process has been going on since 2019 when the delivery of the Mallorcan was rejected by a Belgian court of first instance, a decision that the Ghent Court confirmed in December of last year. However, in January of this year the Court of Cassation ordered to re-examine the issue of the insults to the monarch, one of the crimes for which the Spanish authorities demanded the delivery of the Balearic singer, also convicted in Spain of threats and praise of terrorism.

Valtònyc was arrested a decade ago for the content of the lyrics of some of his songs and sentenced in 2017 for the crimes of glorifying terrorism, slander and serious insults to the Crown and threats. In his sentence, the National Court considered that some of the songs included in his records have an "undoubted laudatory content" of the terrorist organizations ETA and GRAPO, which justify and incite the repetition of violent actions.

1 Marlaska celebrates that Morocco is a "fraternal... 2 For Zemmour, Macron appointed Borne Prime Minister... 3 Is it true that you can't surf in the Mediterranean? 4 The family effort to rent a home increased throughout... 5 «I leave with a clear conscience because we have... 6 Lleida, next obstacle of the Sestao River towards... 7 A former Dutch soccer player dies after jumping off... 8 DIRECT. Giro 2022: the profile of the 10th stage and... 9 EDEM will triple groups of the Master in Digital Marketing... 10 Florencio Delgado Furriarán, a committed linguist... 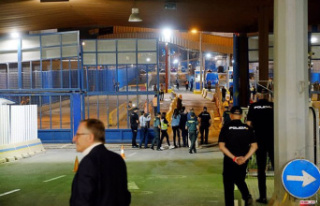 Marlaska celebrates that Morocco is a "fraternal...