Once the NATO Summit is over, during which United We Can has waited in a discreet position, they return this week with their most identifying and differentiating speech from the PSOE. 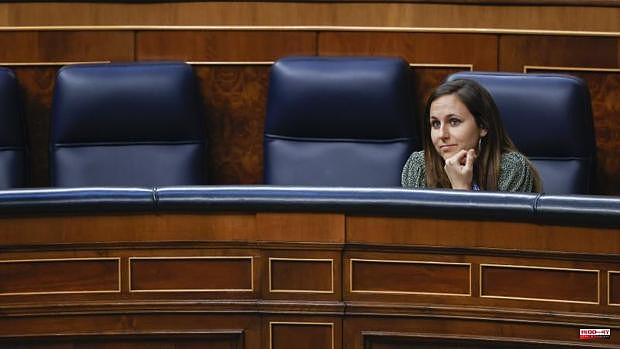 Once the NATO Summit is over, during which United We Can has waited in a discreet position, they return this week with their most identifying and differentiating speech from the PSOE. They emphasize their own position and demand more public spending and an "ambitious" tax reform to curb inflation and the crisis arising from Putin's war in Ukraine. The message is that if Pedro Sánchez wants them to accept raising military spending to 2 percent of GDP by 2030, the PSOE will have to accept more public investment. Otherwise, it will be a thorny negotiation within the coalition government. The Podemos State Coordination Council met this Monday to set the line of action for the coming months.

The general secretary of the party, Ione Belarra, who is also Minister of Social Rights, has stressed before the secretariat this Monday that this is her priority for the next General Budgets of 2023. Belarra and the second vice president, Yolanda Díaz, leader of the space of United We Can, reject the increase in Defense games, but they will not be able to stop it as they are in a minority in the Executive.

The leader of Podemos has warned the PSOE that "the very high inflation and the devaluation of purchasing power" is a "very hard blow to the social majority" and that "it can ruin the action of the coalition government." «The next Budgets have to be the cotton test», Belarra warned; "It's time to speed up what's important." Public services, they underline.

Belarra has proposed a series of measures that, as he explained, can be paid for with an "ambitious" tax reform. "It does not seem decent to us that after two very serious economic crises, the large companies and fortunes of our country have not contributed a single extra euro to face the difficult situation," Belarra claimed; “That those who have the most pay what corresponds to them”. And he has once again insisted here on a tax on large fortunes at the national level.

Podemos asks the PSOE to cap the maximum price of fuels by paying for it with the extraordinary tax on energy benefits, to continue lowering the price of the transport pass until it costs 10 euros in all the Autonomous Communities and to "prohibit definitively" the cutoff of supplies to vulnerable people by having the accumulated debts "assumed by the electricity market companies". Also continue raising the Interprofessional Minimum Wage (SMI).

More measures proposed by Podemos. A fund of 10,000 million euros to invest in public health and public education. The leader of Podemos has said that a percentage be allocated to the improvement of Primary Care and the Public Mental Health System and to the creation of new places for children's education from 0 to 3 years.

Regarding "feminist" policies, Belarra has insisted on approving "immediately" a family law that extends maternity and paternity leave to 6 months, which includes "a child-rearing income of 100 euros per month for each child of each family and a paid leave for the worker of 7 days a year for care». He also calls for an increase of more than 70 million euros in policies to combat sexist violence for next year.

Podemos also accuses Sánchez of lurching and disconcerting the left-wing electorate. «The latest events and declarations -explained the leader of Podemos- have resulted in a moment in the legislature in which clear political objectives are not perceived in the action of the coalition government (...) more and more people have the feeling that it is Podemos alone who raises the flags that should be the hallmark of a progressive government.

1 Two deceased and one injured after colliding two cars... 2 Pedro Cavadas' notice about the use of masks,... 3 Geographer assures that building on lava is an "unfulfillable"... 4 New tobacco prices in Spain from this week: this is... 5 This is the new 10 euro coin that enters circulation... 6 Tourist spending skyrockets above 8,000 million in... 7 Notice from Repsol and Cepsa to their customers about... 8 Arsenal signs Gabriel Jesus for 50 million euros 9 Satse denounces that 200 beds will be closed in Castilla-La... 10 Alert of the nurses for the coronavirus in Valencia:... 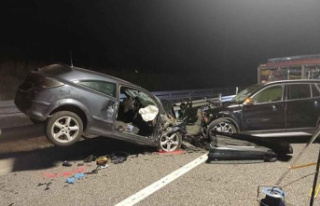 Two deceased and one injured after colliding two cars...