Because he is there himself...: "Human rights activist" Infantino defends Qatar again

Despite years of research by human rights organizations showing how Qatar systematically abuses workers, FIFA President Gianni Infantino has once again come to the aid of the World Cup hosts when it comes to human rights. 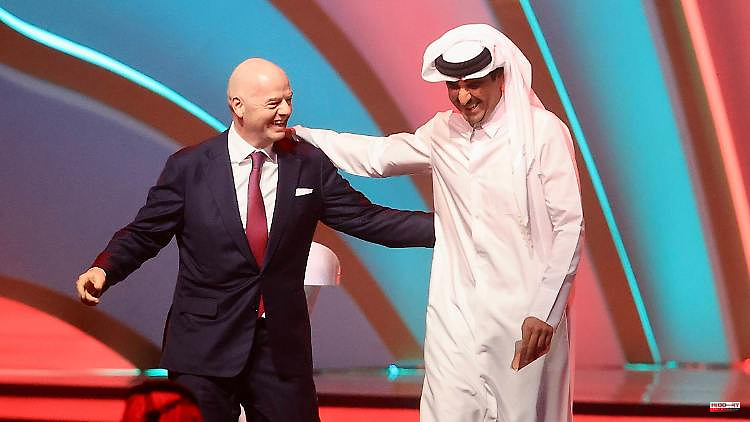 Despite years of research by human rights organizations showing how Qatar systematically abuses workers, FIFA President Gianni Infantino has once again come to the aid of the World Cup hosts when it comes to human rights. After all, he personally calls for the "laws to be effectively enforced".

FIFA President Gianni Infantino has once again dismissed criticism of World Cup hosts Qatar. "The progress is undeniable," said the head of the world association on Wednesday at the Congress of the European Football Union (UEFA) in Vienna. Of course, "not everything is perfect". But it's "in the right direction".

As the host country of the upcoming World Cup (November 21 to December 18), Qatar has been criticized for years for human rights violations and the situation of migrant workers. The Qatari rulers always refer to new laws in the country. According to media reports, thousands of workers are said to have died on construction sites.

A lack of human rights, modern slavery, thousands of dead workers: the World Cup in Qatar has been criticized by human rights organizations since it was awarded in 2010. They keep emphasizing that despite Qatar's new laws and reassurances, not much has changed in reality. Amnesty International recently said that "exploitative practices" and the "worst elements" of the kafala system persist. This abuse has been going on continuously for eleven years.

Infantino, on the other hand, assured that he was personally there and called for the "laws to be effectively enforced". He also announced that workers who had not received wages should be compensated. Human rights organizations have been calling for this step for a long time, but so far nothing has happened in this direction. Their demands also state that the families of the deceased workers should be compensated.

With regard to the dispute over his idea for a World Cup every two years, Infantino was forgiving. The Swiss thanked UEFA and President Aleksander Čeferin for the "constant dialogue in which constructive attempts are made to find solutions for world football". He was convinced "that we will all find the best way forward together," said Infantino, who praised the reform of the Champions League.

There had been fierce resistance to Infantino's World Cup plans in recent months. UEFA and the South American association CONMEBOL have repeatedly spoken out vehemently against shortening the cycle from four to two years. 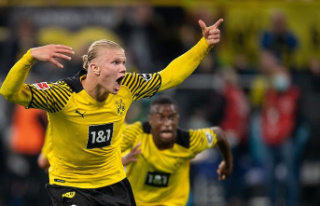 Press comments on Haaland change: "It's...