In the Basque ICUs a week ago there were 12 people admitted with coronavirus; This Monday the figure has risen to 11 p. 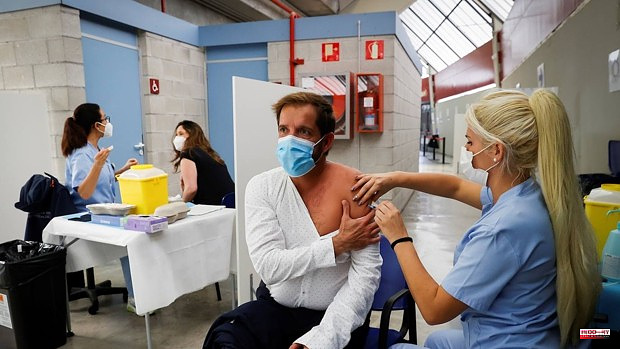 In the Basque ICUs a week ago there were 12 people admitted with coronavirus; This Monday the figure has risen to 11 p.m. The increase in cases is also noticeable in hospitals. According to data published every Monday by the Basque Department of Health, Osakidetza, there were 504 infected people in the plant today, 96 more than seven days ago.

This increase in infections is due to the high circulation of the virus in the streets. With the new protocol, which only monitors patients and contacts of positives who belong to vulnerable groups, it is impossible to obtain a reliable X-ray. However, the cumulative incidence in people over 60 years of age is indicative of the pandemic situation.

In the case of the Basque Country, this has shot up 91% in just two weeks, reaching 736 cases per 100,000 inhabitants. In addition, more than 38% of the tests carried out in this group are positive; that is, one in four. It is practically double the 22% positivity rate that was recorded a week ago.

Although the data published this Monday shows a positive figure, that of the decrease in deaths, sources from the Department of Health warn that the increase in hospitals could soon be reflected again in fatalities. They recognize that the new variants of the virus have a "milder" course but insist that there are still serious cases that need care.

Hence, they have made an appeal to those who belong to vulnerable groups to take extreme precautions, since this group accounts for 80% of new hospitalizations. Specifically, it is recommended to avoid crowded places and use the mask to access closed or poorly ventilated areas.

The increase in cases is mainly explained by an increase in interactions with the arrival of summer; also, due to the expansion of the BA.4 and BA.5 subvariants of ómicron, which, in addition to being more contagious, better escape the immunity of the vaccine. Hence, many of those infected in previous waves are being reinfected.

In fact, for Rafael Bengoa, international adviser on health policies, there is no doubt that "epidemiologically" we are going through a seventh wave. In an interview with the Basque radio station Radio Euskadi, he assured that the new variants are "very infectious, almost at the level of measles", although he pointed out that they do not produce "the same clinical damage as the previous ones".

The expert considers that vaccines “remain key” in the fight against Covid and that is why he has asked those responsible for Health to “accelerate” the inoculation of the fourth dose. “This virus, disguised as one thing or another, attacks us again”, he has insisted, which is why he believes that it is “important” that vulnerable groups and those over 60 receive the booster dose as soon as possible.

1 The PSOE consummates its pact with Bildu and launches... 2 The Civil Guard of Alicante is reinforced with the... 3 What is investigated in the secret separate piece... 4 They sneak into Port Aventura and climb to the top... 5 Hosbec admits that "the objective of matching... 6 The Diputación de Alicante promotes the fourth edition... 7 AVE admits that the works of the Mediterranean Corridor... 8 Carlos Mazón: «There is not a single health data... 9 Viveros 2022 concerts in Valencia: program of performances... 10 A couple of businessmen arrested in Alicante for exploiting... 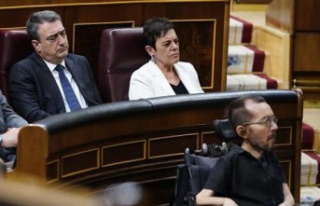 The PSOE consummates its pact with Bildu and launches...