Basketball EM: DBB team in the quarterfinals - concerns about Wagner

After a safe entry into the quarter-finals of the European Championship despite a weak second half, the German basketball players promised improvement. 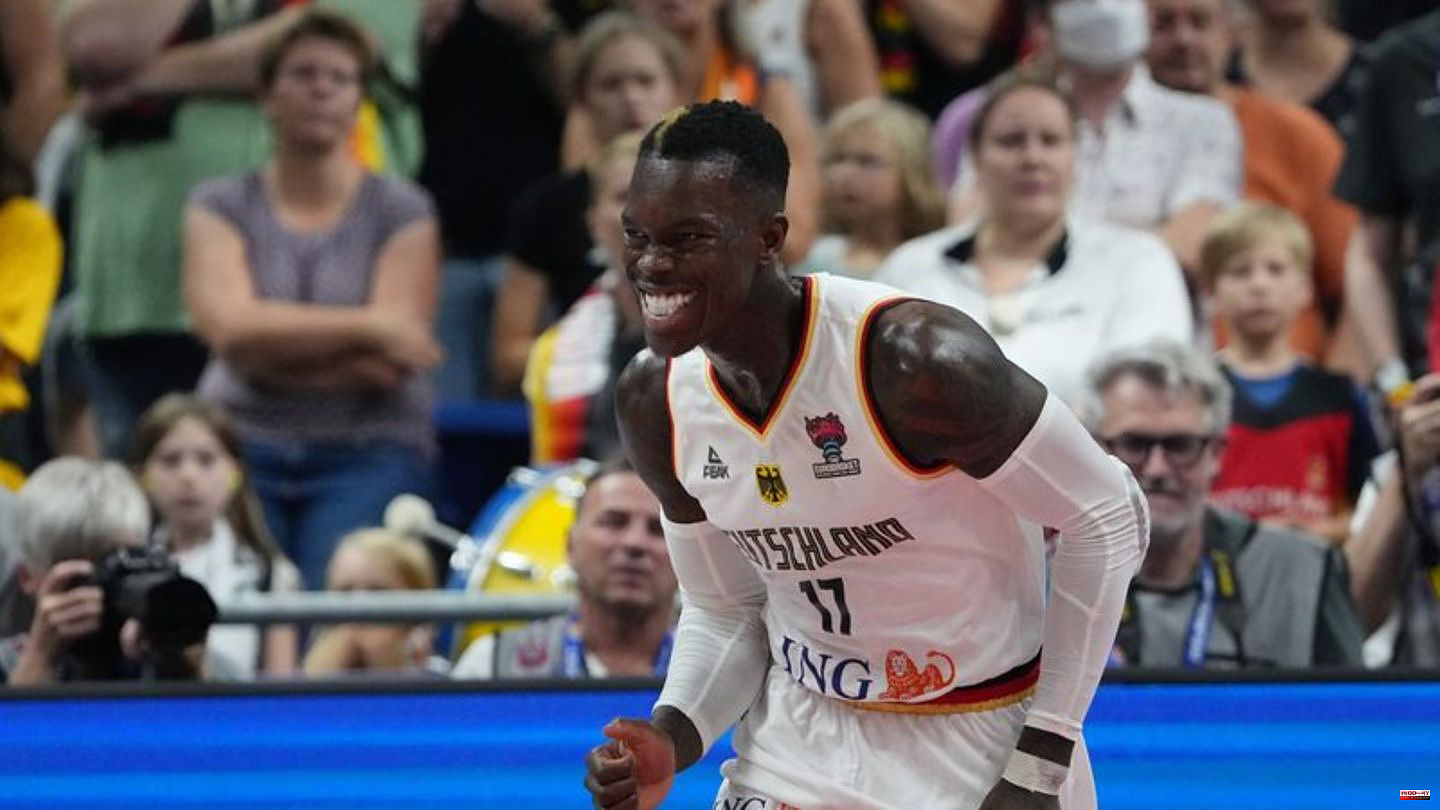 After a safe entry into the quarter-finals of the European Championship despite a weak second half, the German basketball players promised improvement. "Something like this shouldn't happen to us. We stopped playing," said Alba Berlin's Maodo Lo after the 85-79 (48-24) win against Montenegro in Berlin.

Captain Dennis Schröder's team almost gave up a 27-point lead against the outsider. "In the end there is victory and that counts," said Schröder, the best German thrower with 22 points.

Germany can continue to dream of its first medal in 17 years. In the quarterfinals, however, it should be much more difficult for the team of national coach Gordon Herbert. Then Greece with NBA star Giannis Antetokounmpo is very likely waiting for the German selection. The Greeks meet the Czech Republic in the round of 16 on Sunday evening.

It is uncertain whether Franz Wagner will be able to take part in the quarter-finals: The NBA professional twisted his right ankle in the third quarter, had to leave the field and was unable to continue playing. National coach Gordon Herbert spoke of a "bad sprain" at Magentasport. "It's hard for me to speculate. We'll do an MRI, then we'll know more. We'll certainly be smarter tomorrow," said Herbert. Before the European Championships, his brother Moritz Wagner had already dropped out due to an ankle injury.

Herbert had to do without Nick Weiler-Babb. The Bayern Munich professional, who was only naturalized shortly before the European Championship, was absent due to a shoulder injury. However, those responsible hope that Weiler-Babb will be available again in the quarter-finals.

Schröder with the best performance of the tournament so far

Andreas Obst replaced Weiler-Babb in the starting line-up of the German team, which got off to a perfect start. Led by Schröder, the hosts started very concentrated and quickly pulled away to 11:2 with some nice moves. Although the very physically playing Montenegrins then closed the gap to 10:11, a strong intermediate sprint gave Germany a nine-point lead after the first quarter.

The German team thus also fulfilled the expectations of German basketball legend Dirk Nowitzki, who watched the match from the stands in the Mercedes Benz Arena, which was not completely filled with 12,938 spectators. "I hope that we will live up to our role as favorites today. I hope that the boys start the game well and then we should win the game today," Nowitzki said before the game at "Magentasport".

And Schröder and Co. made sure that Nowitzki didn't have to tremble for long until the break. Also because the captain showed his best performance of the tournament so far, Germany pulled away to 24 points by half-time. After the change of sides, the concentration of the Germans dropped significantly, so that Montenegro came closer and closer. In the final quarter, the clear outsider suddenly even reduced the lead to five points (64:69). But despite the weak second half, victory was no longer in real danger.

Slovenia, France and Spain in the quarterfinals

Defending champion Slovenia and Olympic silver medalist France had already reached the quarter-finals ahead of Germany. Even without a gala by superstar Luka Doncic, the Slovenians prevailed against outsiders Belgium with 88:72 (44:41). Unlike last time, Doncic played in the preliminary round against Germany and France rather unspectacularly this time, but was still the best thrower with 35 points. Co-favorite France had much more trouble. The Olympic bronze medalist needed extra time in his round of 16 to defeat Turkey 87:86 (77:77, 43:35). Spain also had to tremble to the end. The three-time European champion beat Lithuania in a gripping game only after extra time with 102:94 (83:83, 40:45) and now meets either Finland or Croatia. 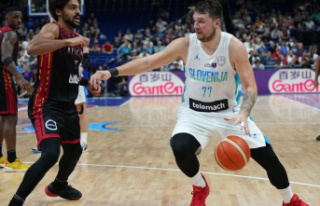