Uniting the natural areas with the urban planning of the city has become one of the great objectives of Barcelona. 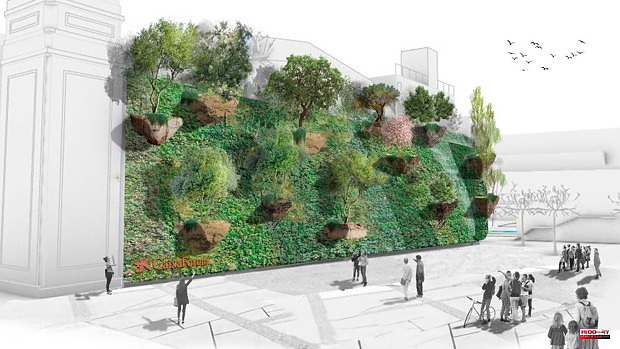 Uniting the natural areas with the urban planning of the city has become one of the great objectives of Barcelona. For this purpose, CaixaForum will install the world's first suspended forest during the month of December. It will do so on the old wall of the Palau de la Metallurgia at Fira de Barcelona's Montjuïc venue, in a space of more than 500 square meters that will have a vertical forest with fifteen trees of nine different species and some 22,000 plants, to form a green space that will bring together the Montjuïc mountain and the city of Barcelona.

The project, which will cost one million euros, was presented this Monday and stems from a coordinated initiative between the 'la Caixa' Foundation, Barcelona City Council and Fira de Barcelona.

Elisa Durán, deputy general director of the social entity, has highlighted the uniqueness of this space: "It is a unique forest in the world and will be a benchmark for Barcelona."

When choosing the trees that will make up the installation, the variety has been taken into account. "It will be a living and changing forest throughout the year," Durán highlighted. Likewise, Janet Sanz, deputy mayor of Barcelona, ​​has pointed out the suitability of this facility, which matches the philosophy of recent years of bringing the city and the environment together. "It is an innovative project that had to be done in Barcelona," she stressed.

This pioneer forest will have 525 square meters of vegetal façade surface and it is estimated that it will measure twelve meters high and 50 meters wide. It will be made up of a galvanized steel structure with planters about two meters high and long. Regarding the selection of vegetation, 40 species adapted to the climate of Barcelona have been chosen, among which there are trees, bushy, climbing and hanging plants.

In addition, it has also been taken into account that the fauna can take advantage of these plants and for this reason it has been thought to serve as food for populations of bees, butterflies, hoverflies and other beneficial pollinators for nature.

The theme of the forest revolves around the concept of roots and the search for water, which is why sustainability has been an important pillar when planning this installation. With the intention of optimizing the water resources offered by the area, the irrigation of plants and trees will be done using rainwater with a system of tanks that will allow up to fifteen days of self-sufficiency.

Technology will also be part of this space, since visitors will be able to find information about the vertical forest through a QR code that they can access with their mobile devices.

1 Bill-Masterton: Carey Price among finalists 2 Rangers' key players have responded 3 «Ander Capa askatu»: Yuri Berchiche joins the cry... 4 Iñigo Córdoba's party with his team in the... 5 Female leadership in uncertain times 6 McDonald's will leave Russia after more than... 7 Sweden will apply to join NATO 8 McDonald's will leave Russia after more than... 9 PSG: Roxana Maracineanu considers "regrettable"... 10 The best Valencian tapa of 2022 is a buñuelo-type... 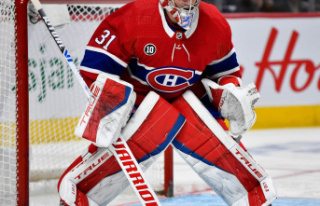