Barça yearns for revenge and open a new era against Lyon

Barça yearns for revenge and open a new era against Lyon. 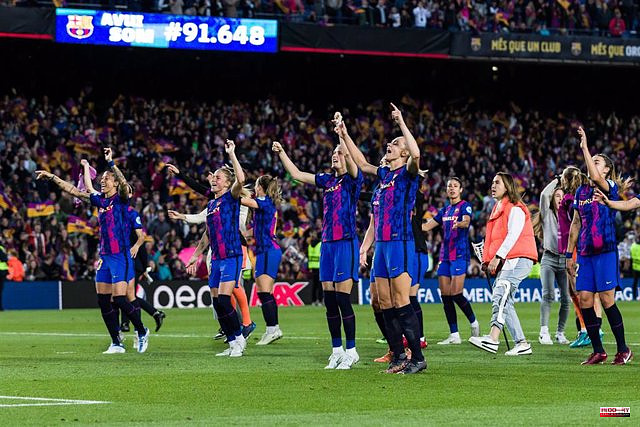 Barça yearns for revenge and open a new era against Lyon

Barça faces Olympique de Lyon this Saturday in the grand final of the Women's Champions League in Turin (Juventus Stadium, 7:00 p.m.), in a reissue of the 2019 final that the galas took with superiority against some Blaugrana who now They arrive as current champions, more prepared and eager for revenge.

The Blaugrana defend their title, which they won in 2021 in Gothenburg (Sweden) against Chelsea (0-4). And they will defend him against an Olympique Lyonnais who had just won five consecutive Champions Leagues up to that point, including the 4-1 win in 2019 against the Catalans. Hence the desire for 'vendetta' in the Catalans.

The scene is more even. Three years ago, Lyon passed over a Barça that was trying to get its head in the European elite. In 2020, the culés fell in the semifinals, but from all that learning came a block that conquered the sky a year ago and that seeks, in addition to that revenge, to confirm the opening of a new era.

They have the Ballon d'Or and 'The Best' Alexia Putellas, also with the 'MVP' of the last Champions League final Aitana Bonmatí. They are a powerful, quality and versatile block, which already has the experience to stand up to an Olympique that has been renewed and that refuses to give up the rod of continental supremacy.

In what "perhaps is the most anticipated match in the history of women's club football", in the words of UEFA itself on its website, the truth is that the duel is open and a great final is expected on the pitch and in the stands, with an atmosphere worthy of this 'Champions' and of these two teams, the best of the moment.

The 2021 final could not host an audience in the stands. On this occasion, it is expected that there will be some 15,000 Blaugrana fans in the stands of the Turin fiefdom. An absolute success in line with having filled the Camp Nou twice this season to achieve two attendance records for a women's club football match.

Some records fruit of the faith of the Blaugrana parish in his team. A group that has won the Primera Iberdrola counting the games by victories. A family that has only lost one official match this entire season, and it was the second leg of the semifinals of this 'Champions' against Wolfsburg.

The Germans, who had been the executioner of the Catalans in the 'semis' of 2020, won that second duel 2-0 but the 5-1 first leg at the Camp Nou left it an anecdote. In a stumble from which to learn, a touch of attention, facing this very final in which the level is superlative, the highest possible.

And the Catalans have prepared well, with six victories in the group stage and getting through the knockout rounds without any problems; 1-3 and 5-2 against Real Madrid in the quarterfinals and that 5-1 and defeat 2-0 (the only one of the course) in the semifinals against Wolfsburg. With 25 players used and with an Alexia who with 10 goals is tied with Wassmuth, from Wolfsburg, as the top scorer in the competition.

But, above all, with nine players who played in the 2019 final against Olympique de Lyon and who are the hard core of the desire for success and revenge. They are Paños, Torrejón, Mapi León, Leila, Aitana, Alexia, Martens, Mariona and Oshoala. And they are joined by Graham Hansen or Fridolina Rolfö to try to turn the tables.

Looking at that 2019 final, the most recognizable team is Barça, as Irene Paredes is, together with Hansen or Rolfö, one of the few new faces with a key weight in the team. Instead, Lyon has Marozsán injured, and Bouhaddi, Le Sommer or Henry have less weight due to the arrival of new cracks like Christiane Endler in goal, Ellie Carpenter, Lindsey Horan, Catarina Macario or the Spanish Damaris Egurrola.

Olympique de Lyon is clearly the worst possible rival, a team that has just won everything in recent times with the 'but' of the Champions League last year. But, in case those of Jonatan Giráldez -who lives his first final as head coach after living as a member of the 'staff' those of 2019 and 2021-- triumph, in Barcelona a possible celebration parade is being prepared for Sunday.

But the truth is that this Barça will play its third 'Champions' final of the last four. And, of the two plays, the most recent is the one that can provide the best possible memory. That the party without an audience in Gothenburg can continue with crowds in Turin and rebound in Barcelona will depend on many factors, including managing that desire for revenge to confirm that change of cycle and era.

1 Covid-19: Biden and Yoon Suk-yeol offer help to North... 2 They investigate the owner of two dogs in Cogollor... 3 A painter ends up in court for decorating a protected... 4 They judge a young man who abused his nine-year-old... 5 Arrested in Almería a defendant of 40 sexual crimes... 6 Emotional farewells in a totally decisive derby 7 Leave Bergeron and Letang alone 8 Will have to love the CF one day 9 5 star products against biting insects 10 Those who imitate the minnows 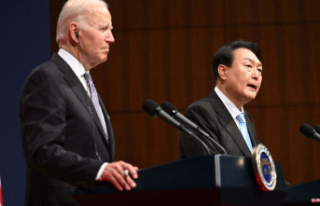