Barça wins the Cup and confirms its hegemony in Spain 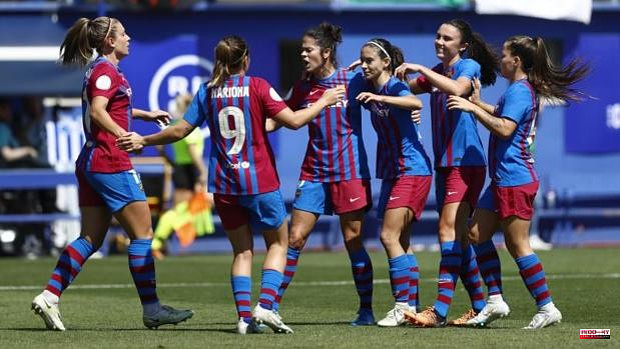 Barcelona raised a new trophy this season. The azulgranas defeated Sporting Huelva unopposed in a match in which they dominated possession, had the ball and most of the chances, although the Huelva side gave the final some excitement with a goal from Sandra Castelló. The Andalusians did not start well, with an own goal, although they showed that they had not reached the final by chance. Barcelona's next two goals could only come from set pieces. Claudia Pina, Lieke Martens and Alexia closed the scoring in the final minutes.

Barcelona was looking to expand its hegemony in national women's football after having won the Super Cup and the First Iberdrola this season and to make up for the defeat in the Champions League final against Lyon.

The European setback did not subtract an iota of favoritism from the Catalans, much more superior than Sporting Huelva, The Andalusians, for their part, were looking for a surprise, as in 2015, when they won their only Cup against Valencia against the odds .

Claudia Pina was the great novelty of Jonatan Giráldez, who could not count on Jenni Hermoso, Caroline Graham Hansen or Melanie Serrano. The veteran footballer said goodbye after 18 years at the club from the stands. She started Barcelona slowly, moving the ball patiently, enjoying possession and waiting for a good chance. And these began to arrive. Pina, Alexia, Mariona and Aitana put Dolan to the test in the first quarter of an hour but it was Sporting Hueva who were able to take the lead as they had the clearest chance to date. Anita Marcos headed the post and, with Paños already beaten and the goal empty, Keane was unable to take advantage of the rebound.

It's a bad thing to forgive against Barcelona because the Catalan team doesn't usually do it. The occasion of the Huelva spurred the Catalans, who did not take five minutes to open the scoring in a messy play. Center of Mapi León that Torrejón finishes off at the strain of the stick. The ball is dead on the goal line and in his attempt to clear it while Dolan was trying to block it, Fish shoots against the body of the goalkeeper and introduces the ball into the goal. Minute 25 and Barcelona already commanded the score.

Barcelona was put in steamroller mode and tried to close the game as soon as possible so as not to suffer any setbacks. This is how the second of the azulgranas arrived. Game of screens in a corner shot served by Lieke Martens so that Mapi León could finish without difficulty with a header from inside the area. Dolan could not do anything, who picked up the ball for the second time from the net of his goal.

Sporting de Huelva gave him emotion when there was half an hour to go until the end of the match. A lateral free kick centered by Cinta Costa was used by Sandra Castelló to beat Paños, who did not expect the shot after a series of rebounds. Barcelona had kept pace with the game, generated almost all the chances and had one goal disallowed. And Antonio Toledo's girls were alive, down on the scoreboard but alive. Crnogorcevic, who had just entered, put an end to Huelva's illusions by heading in a corner and placing the third for Barça. There was little more than fifteen minutes left and it seemed impossible for the Andalusians to turn the score around. The Andalusian dream expired with Claudia Pina's goal (min. 80) after a plastic shot from the edge of the area. The fifth goal, by Lieke Martens, and the sixth, by Alexia in extra time, were already excessive punishment for Sporting Huelva.

1 Onesse-Laharie: The Canteen system at 1 Euro is renewed... 2 Justice. Six Paris firefighters are dismissed for... 3 Red Cross has assisted 1,608 displaced Ukrainians... 4 «Illustrating without text is more complicated, but... 5 Automotive. Auvergne Rhone-Alpes champion of France... 6 Parking in Bordeaux: Between the Toulouse and Pessac... 7 Roland Garros. Live: Djokovic vs Schwartzman, and... 8 Miscellaneous. Paris: A fatal stabbing of a man 9 A motorcyclist dies and another is injured in a crash... 10 A driver kills a couple while driving in the opposite... 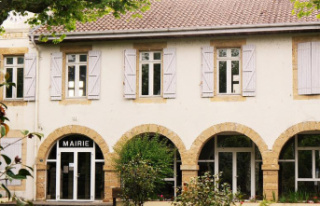 Onesse-Laharie: The Canteen system at 1 Euro is renewed...