Philippe Coutinho's stage at Barça ended definitively this Thursday after announcing his sale to Aston Villa, the club to which he left on loan in January, for 20 million euros. 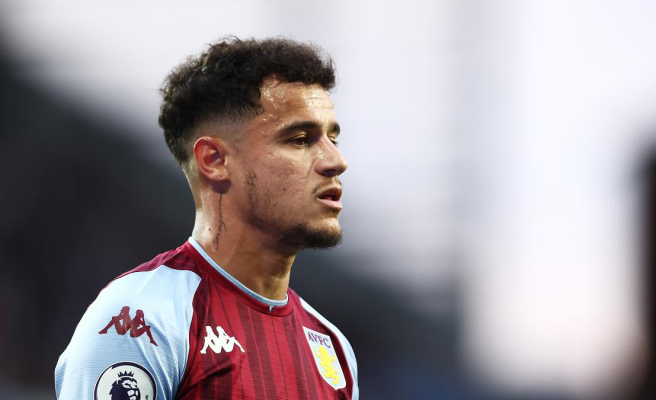 Philippe Coutinho's stage at Barça ended definitively this Thursday after announcing his sale to Aston Villa, the club to which he left on loan in January, for 20 million euros. The Blaugrana club reserves 50 percent of the capital gain from a future sale of a player who leaves more shadows than lights in his time as a Barça player despite being the most expensive signing in its history. Barça, who paid Liverpool 120 million fixed euros in the January 2018 market and agreed another 40 in variables, lightens its wage bill after parting with one of the highest players in the squad.

Coutinho's history with Barça has been neither what was expected nor what was desired by both parties. After Neymar's traumatic departure to PSG, the technical secretariat led by Robert Fernández already tried to sign him in the summer of 2007. But there was no agreement with Liverpool and Barça had to wait until January to close the deal. His price, his physique and also his fit into the Blaugrana scheme of Messi's Barça weighed on the Brazilian who landed in Barcelona on January 6, 2018, coinciding with Three Kings' Day in the midst of great media expectation and arousing great enthusiasm in the Blaugrana fans.

Some saw in Coutinho the relief of Neymar. Others, such as technical secretary Robert Fernández, considered that Coutinho could be the natural replacement for Andrés Iniesta. His incorporation also had the support of players like Suárez, with whom he coincided at Liverpool.

Coutinho made his debut with the azulgrana shirt on January 25 of the same year in the second leg of the Copa del Rey quarterfinal against Espanyol and, after two seasons in which he scored 19 goals in 69 games, the club loaned him the Bayern Munich. With the Bavarian team he gained muscle mass and scored 11 goals in 34 games. He returned in the summer of 2020 to put himself under the orders of Ronald Koeman but he was not convincing either. He had one year left on his contract but the Barça club wanted to get rid of him and the player opted for Aston Villa, where he has regained his smile. There he left on loan in January 2022.

The English club communicated to Barcelona a few days ago its desire to keep the player. Steven Gerrard himself, coach of the English team, said it publicly. The Brazilian has offered a good performance in Birmingham, especially in the first months of the assignment. He has scored four goals in 16 Premier League appearances and has connected very well with the crowd. Hence the desire of the British club to keep it in property.

However, Aston Villa also made it clear to Barça that the 40 million euro purchase option they had agreed upon at the time of the transfer was excessive. Barça, who needed to free up wage bills, agreed to negotiate and cut that figure in half, finally being 20 million euros that will enter their accounts in addition to saving one of the highest chips in the squad.

Back in England, the Brazilian striker will sign a four-year contract with Aston Villa, until 2026. “This is a brilliant signing for Aston Villa. Phil is a professional model and his impact on the group has been very clear since he joined in January. With the way he carries himself on and off the pitch, he is also a valuable role model for our younger players who can only benefit from his experience,” said Steven Gerrard, Aston Villa manager, after confirming the signing of Aston Villa. Coutinho.

The Brazilian is the first on Barça's loan list to leave the entity. The club are also hoping to find a way out for Francisco Trincão on loan to Wolverhampton and Miralem Pjanic on loan at Besiktas. Also that of Griezmann, who could already be transferred although he still has one more year left on loan at Atlético de Madrid. Those on loan who have the best chance of being part of the Barça squad for the 2022-23 season are right winger Álex Collado and goalkeeper Iñaki Peña.

1 Chen Yansheng dismisses Vicente Moreno and will fire... 2 Demáre repeats victory in an even battle with Ewan 3 Schreuder, Koeman's second at Barça, will be... 4 Real Madrid - Levante: Schedule and where to watch... 5 Barça and the left 6 The forms of love 7 Euroregion, Maragall and Feijóo 8 The most temperate words 9 Today can be a great day 10 The meaning of things 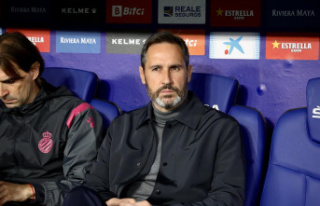