The transfer of Philippe Coutinho last week to Aston Villa for 20 million euros was the starting signal for the cleaning operation that Barcelona intends to carry out this summer. 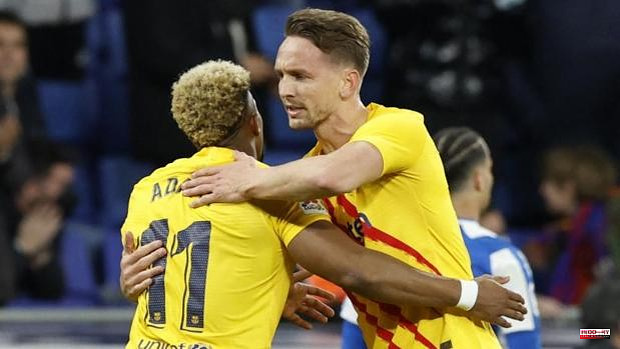 The transfer of Philippe Coutinho last week to Aston Villa for 20 million euros was the starting signal for the cleaning operation that Barcelona intends to carry out this summer. The Catalan club urgently needs to get rid of the players who do not fit into Xavi's plans and who, in addition, considerably tax the team's wage bill with some chips that are out of the market. With the second league place already certified, the sports management has got down to work to lighten an aging and devalued squad before undertaking the necessary signings to try to return to the front line of Europe.

“We need to reinforce ourselves, we must make an effort between all of us. Next year we have to fight for titles.

We have to prepare well and be competitive”, warned Xavi Hernández after the draw against Getafe last Sunday. “This week we will plan. I am clear about what we have lacked to compete: the board knows it, Mateu Alemany, Jordi Cruyff... we will prioritize. Next year we have to compete for titles. We'll talk about all the names. I have very clear exits. There are untouchable, transferable and non-transferable players »he added.

Although all the media attention is on the possible arrivals (Christensen and Kessie, at zero cost, are already tied up and work is being done on the signings of Raphinha and Lewandowski), Barça is handcuffed by an economic situation that forces it to carry out a deep cleaning in the dressing room. The motto of 'let them out before they enter' takes effect at the Camp Nou for two unappealable reasons. The first is that there are no cards available for registration, since the first team has 25 players (Gavi is registered with the Youth card and the four players who are on loan to other teams have to return: Trincao, Pjanic, Iñaki Peña and Alex Collado). And the second is that you have to generate capital gains with sales to be able to sign. LaLiga's control system only allows Barcelona, ​​an indebted club, to invest 25 percent of what it earns as profit in new additions.

There are several players who are already clear that they will not continue at Barcelona next season. Two of them are the ones who are playing under Xavi on loan. Luuk de Jong will return to Sevilla and Adama Traoré to Wolverhampton. Although the Dutchman has given important points with his goals, he does not fit into Xavi's script, while the winger has progressively disappeared from the lineups. We must not forget that if Barcelona wanted to keep Adama they would have to pay 30 million euros, a figure that they prefer to invest in other incorporations. The Barça coach has asked for a right-back, a left-back, a central defender and a midfielder to reinforce the current team.

The club is already working to find accommodation for the players who have to return from their respective assignments. Although it is intended that Iñaki Peña (Galatasaray) be the second goalkeeper and that Alex Collado (Granada) perform the preseason with the first team, the sports management tries to close an exit for Trincao (Wolves) and Pjanic (Besiktas). The Portuguese, whose contract ends in 2025, is interested in Benfica, Porto, Leeds and Valencia, while the Bosnian, with two more years on his contract, likes in Naples, Rome and Florence.

Of Jong, in the market

Of those who make up the current squad, only Araujo, Pedri and Ansu Fati are untouchable, although there is a second group of non-transferable players such as Ter Stegen, Piqué, Busquets, Alba, Eric García and Ferran Torres. Also Dembélé, but in this case the future depends on the player himself. Frenkie de Jong and Sergiño Dest are important to Xavi, but if a good offer were to arrive, the door would open for them. Neither of them has taken the step forward that was expected when they signed and the club and the environment are very disappointed with the Dutchman, on whom very high expectations were placed. Chelsea, City, Bayern, United and PSG are the clubs that could bid for the winger and midfielder. His departure is interpreted as an opportunity to earn a lot of money (the club values ​​De Jong at 100 million euros) with which to strengthen the team. The same thing happens with Memphis Depay, who has one more year on his contract and a sale would be a great deal, since he arrived free and could leave for free. Arsenal, Juventus and West Ham have inquired about him.

A large group is made up of footballers who have been inconsequential and who will be pressured to leave this summer. This is the case of Neto Murara, Óscar Mingueza, Samuel Umtiti, Clément Lenglet, Martin Braithwaite or Riqui Puig, for whom an escape route will be sought as soon as possible. It has been made clear to them that they are not included in the plans of Xavi's new project and that, if they continue at the club, they will continue to be permanent on the bench, as they have been until now. These six players could lighten the wage bill by 40 million euros, which would join the 24 that have been saved from Coutinho and the 22 that Trincao and Pjanic cost. Another unknown is the future of Dani Alves, whose contract ends in June.

1 Laporta: "It will never happen again that with... 2 War in Ukraine: France to intensify deliveries of... 3 Amber (Koh Lanta): who is her fellow volleyball player... 4 Ukraine: the war is entering a “prolonged phase”,... 5 [IN IMAGES] Prince Charles and his wife Camilla begin... 6 The first script for a short film by Benissero Raúl... 7 The vice president of Vox in Burgos resigns after... 8 The Bishop of Cuenca regrets the "shame of others"... 9 Air France inaugurates its direct Paris-Quebec service 10 Victor Wanyama is the highest paid at CF Montreal 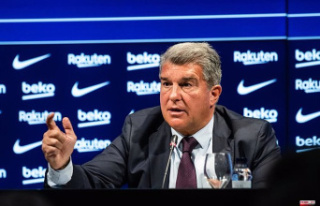 Laporta: "It will never happen again that with...