The wedding between the American actress Grace Kelly and Prince Rainier of Monaco, on April 19, 1956, was an event of worldwide impact that brought together prominent members of Hollywood, among whom the chroniclers cited with special interest Ava Gardner and some representatives of the international aristocracy, such as the agá jan and the begum or the Onassis. 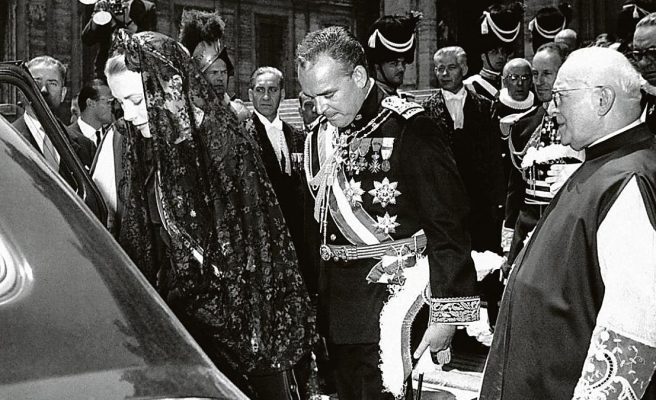 The wedding between the American actress Grace Kelly and Prince Rainier of Monaco, on April 19, 1956, was an event of worldwide impact that brought together prominent members of Hollywood, among whom the chroniclers cited with special interest Ava Gardner and some representatives of the international aristocracy, such as the agá jan and the begum or the Onassis. A wedding of the century in Monte Carlo that even had two chapters: the civil ceremony on the 18th and the religious and popular one the next day.

Among the shows that accompanied the union of the prince and the showgirl, free access football matches were organized. Monaco and Sampdoria met on the first day, and Barcelona played Atlética Portuguesa, from Rio de Janeiro, on Thursday the 19th, practically at the same time that Rainier and Grace Kelly began their Mediterranean cruise “between the applause from thousands of Monegasques and tourists, under the fluttering of the hangings and banners, while the sirens of the yachts gave the princes their goodbyes and the sea opened its wide horizon as an allegory of hope”, according to the special envoy. of La Vanguardia, "one of the fifty journalists selected among the two thousand who have come to Monaco to closely attend the ceremony," he explained.

Sportingly speaking, the Blaugrana expedition was discreet, to put it kindly. The match was played three days before the last day of the League, in which Barça, led by the famous Hungarian exporter Franz Platko, harbored remote title options. Only 12 players traveled to Monaco, including three debutants, and only one goalkeeper. All substitutes, Platko did not even move, but Samitier occupied the sports direction. It was a game that had no special appeal for Barcelona, ​​quite the opposite. Weeks earlier, Real Madrid – which was playing the European Cup semi-final match against Milan that same day – had given up taking part in the festivities.

On the other hand, the Barcelona expedition of managers and journalists was abundant. Accompanying President Miró-Sans were members of the board, with their respective wives, and even pro Barcelona supporters, as was the case of the businessman and member of the banking saga Félix Valls-Taberner, also accompanied by his wife, Carmen Munne. Valls-Taberner would be director of Barça years later, during the period of Narcís de Carreras, and much later also one of his daughters, Rosa Valls-Taberner, who was part of the board of Josep Lluís Núñez from 1989 to 1993 and became thus in the second female director of the club after Anna Maria Martínez Sagi (1934).

Rosa Valls-Taberner remembers how her parents explained the details of the wedding to her and were especially proud of the gift that Miró-Sans and the club gave Grace Kelly: a delicate black lace and lace mantilla: “It was beautiful, handmade, of the so-called Brussels lace, a piece of exquisite finesse”, he explains, which has become part of the most precious objects of the Monegasque family. “Grace Kelly used it, for example, on a visit to the Pope. And even more: at her funeral for the actress [after her road accident in September 1982], the mantilla was worn by her eldest daughter, Princess Caroline”.

Another component of the extensive Blaugrana expedition was the writer and famous humorist Joaquim Muntañola, a clever hunter of anecdotes. Thanks to him we know that the only one who profited from the inevitable visit to the Monte Carlo casino was Samitier. And that it was Muntañola's turn to deal with the foreign press, annoyed to see that Ramallets, Kubala and company appeared in the official program of the matches, but that there was no trace of the cracks: "That day I was able to use a topic with all the honors: 'Gentlemen –I told them–, at Barcelona everyone is a starter'. Luckily, in French, lies don't sound so bad." No one remembers the party, the mantilla has endured. 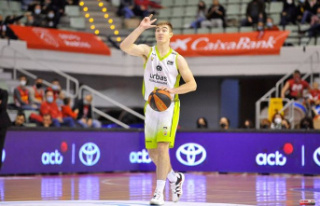