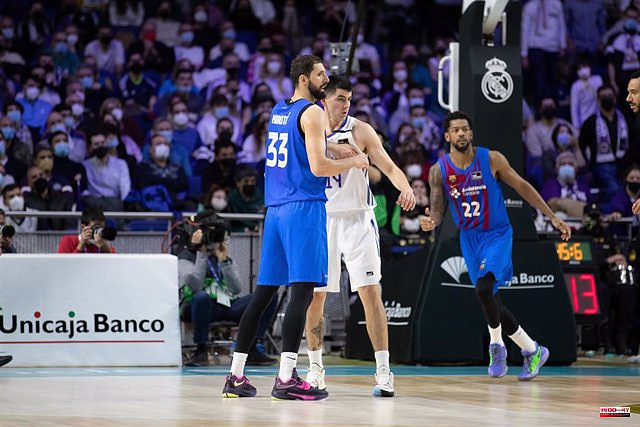 Barça and Real Madrid will fight this Thursday at the Stark Arena in Belgrade to be in the final of the Euroleague 2021-2022, in what will be the fourth time that they will face each other in a 'Final Four' of the highest competition continental, with a balance of 2-1 for the Madrid team.

The first time that both teams crossed paths in an 'F4' was in the 1995-1996 season when FIBA ​​was still organizing the competition and under the name of the European Cup. Real Madrid, who had eliminated Olympiacos in three games, appeared in Paris as the defending champions, now without Arvydas Sabonis and with Pablo Laso in their ranks, while Aíto García Reneses' Barça, who had got rid of Ulker in two clashes, he faced a new attempt to achieve European glory.

The semifinal began marked by the great start of the champion, who came to dominate by 15 points, at which point he got stuck before the defensive improvement of his rival who, led by Arturas Karnisovas (24 points) and Dan Godfread (22), tightened in defense to match everything before the break (34-38) and, after a great second half, they clearly took the victory by 76-66 and qualified for a final of unfortunate memories, with a 67-66 defeat against Panathinaikos and the remembered illegal stopper by Vrankovic on José Antonio Montero that deprived the Catalan team of victory.

It took 17 years for both teams to cross paths to the continental title, already with the Euroleague fully installed. It was in the 2012-2013 season, at the O2 Arena in London and in what was the first of the seven that Pablo Laso has played as Real Madrid coach, with Nikola Mirotic in the Merengue ranks and Sarunas Jasikevicius in the Blaugrana.

The merengue team had won their 'Playoff' against Maccabi 3-0 and the culé had suffered against Panathinaikos, which led them to play all five duels. The Madrid team took revenge for 1996 and beat the team coached by Xavi Pascual 67-74, thanks to a great quarter final where they signed a final run of 16-26 that allowed them to lift a match that had become complicated (61-52). In the final, on the other hand, despite clearly dominating at the start, Real Madrid was beaten by the Greek Olympiacos (100-88).

We didn't have to wait that long to see another Clasico in the 'Final Four' as Real Madrid and Barça crossed paths the following season after beating Olympiacos in the 'Playoffs', in five matches, and Galatasaray, in three, respectively, to meet at the Mediolanum Forum in Milan.

In this case, there was not so much equality because Laso's men would put on a spectacular display against Pascual's men, ending in a victory that was close to a 40-point lead (62-100). 'Chacho' Rodríguez (21 points) and Nikola Mirotic (19) were the best of a team that was 'only' winning by eight at the break (37-45) and that blew up the match in a great second half.

1 Laia Palau: "My idyll with basketball doesn't... 2 Prime Macron 2022: its amount will triple! For who... 3 2022 World Cup in Qatar: the French team challenged... 4 Price of gasoline and diesel in Spain today, May 19 5 2022 tax declaration: it's already next week!... 6 Russia denounces the death of a civilian in an attack... 7 Ukraine estimates more than 230 children killed since... 8 Telefónica sells 7.076% of Prisa to Global Alconaba... 9 IAG reaches an agreement with Boeing to acquire 50... 10 The new stevedoring framework agreement enters into... 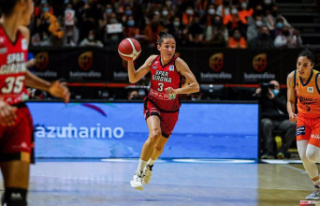