It is so evident that not even Pablo Laso can deny it. 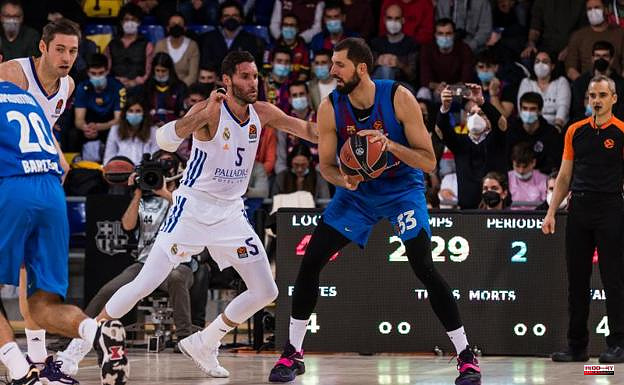 It is so evident that not even Pablo Laso can deny it. Barça, current runner-up in Europe, leader of the regular phase of the Euroleague and the ACB League and winner against Real Madrid in the last five clashes between the eternal rivals, is the favorite in the classic that this Thursday will lead to the final of the top continental competition, against Anadolu Efes or Olympiacos. Barça and Madrid, whose confrontation in the semifinals of the Final Four guarantees the presence of a Spanish team in the match for the great European title, aspire in Belgrade to a conquest that the azulgranas have not enjoyed since 2010 and the whites since 2018. Precisely, it was in Belgrade where Madrid conquered the 'tenth' and where this Thursday (9:00 p.m., Dazn), once their most delicate moment in the Laso era has passed, they will once again challenge their hated enemy, who since the arrival de Jasikevicius has become a true dominator of the classics, winning 11 of 14 direct duels between culés and meringues.

Barcelona has taken the measure of Real Madrid with the Lithuanian coach on the bench, and with Nikola Mirotic on the pitch, although the king of Europe aspires to give the big blow and remove from the final such a powerful team that is not only the top candidate to repeat the final, but also to win what would be the third Euroleague in its history. It was already last year, but then they fell in the final against Efes, with Vasilije Micic and Shane Larkin as executioners who broke the dream of Barça and Pau Gasol in his last season before retiring. Now, the azulgranas are presented with a second consecutive opportunity, against an initially unexpected rival in the Final Four, after Madrid, after seeing themselves close to the precipice, sentenced the quarterfinal match against Maccabi Tel Aviv 3-0. Aviv.

Anadolu Efes has also been inconsistent this season, but the defending champions are superior to Olympiacos and last year's final between the Turks and Barcelona could be reissued on Saturday. With the permission of Real Madrid, who, as his coach acknowledges, "has competed very well in the last month" and, in the seventh Final Four of the coach from Vitoria, faces this two-game battle "with a very good feeling." Better, however, is that of Barcelona, ​​which clings not only to Jasikevicius's board, but also to his potential in all his lines and his depth on the bench, with an ex-Madridista star who received the regular season MVP trophy on Wednesday of the Euroleague 2021-2022. However, Mirotic has not yet been able to proclaim himself European champion.

“I know that the work I came here for is not finished. I know why I came. Last season Micic did an incredible job and showed in the Final Four why he was the MVP. He was well deserved. Hopefully this year I can do my job", wished the Spanish-Montenegrin power forward on the eve of the great classic, for whom the key for Barça to reach the decisive match will be "to be a very forceful, physical team with very clear ideas, although he values ​​"the experience of Real Madrid." In addition to their pride and winning gene, the madridistas cling to their trade in this final four, with the desire to cause a surprise at the Stark Arena in Belgrade and make up for the last five defeats suffered against Barça, since December in the Euroleague (93-80) to last April 10 in the Endesa League, with extension and controversy included (108-97) at the Palau. "We have never stopped believing that we were candidates to win the Euroleague," warns Laso.

1 Rahm enters the scene in the main PGA match with Scheffler... 2 Modric: "Real Madrid is everything to me, I feel... 3 Muguruza falls in the round of 16 and Párrizas gets... 4 Rubiales: "It's not easy to fit in a smear... 5 Virginia Torrecilla: "Now they respect Spain,... 6 The highest contributory pension in the Basque Country 7 What the consumer should know about their electricity... 8 A classic for history 9 The bullfighter Miguel Báez 'El Litri'... 10 The Sainte-Justine emergency under great pressure 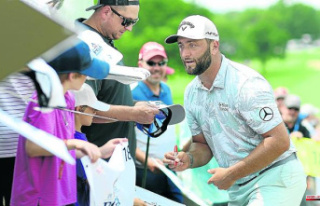 Rahm enters the scene in the main PGA match with Scheffler...