Badosa: "I don't get to Paris as I would like"

"Rafa Nadal's legacy has done a lot of 'damage', he is the best athlete in history". 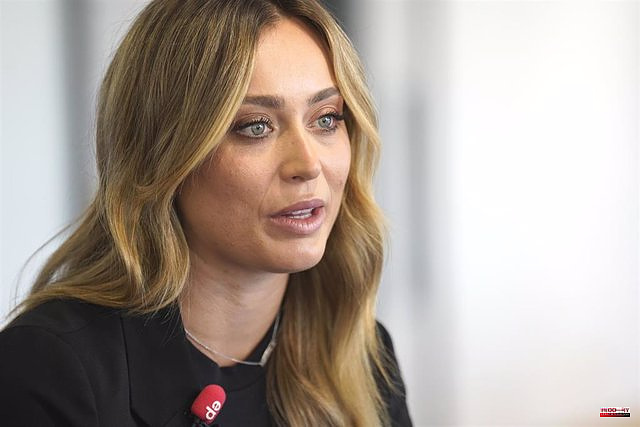 "Rafa Nadal's legacy has done a lot of 'damage', he is the best athlete in history"

The tennis player Paula Badosa acknowledged shortly before her trip to Paris to play Roland Garros, the second 'Grand Slam' of the season, that it does not come as she would like and that perhaps it would have "changed not having played a tournament on this land tour" , although she assures that she is "very prepared physically and tennis-wise".

"I don't arrive as I would like, I would like to arrive more calmly, to be less exposed, but it is the price to pay. Would I change anything? Perhaps not having played a tournament on this land tour would have changed," said Paula Badosa in an act of Forcapil.

Badosa will begin her career at Roland Garros, which will be played between May 22 and June 5, as the third seed in the women's draw. "I come prepared, I have worked very well and I am very prepared physically and tennis-wise; mentally I would like to arrive a little calmer, but it is a 'Grand Slam' and we are all going to be on edge with our nerves and whoever will take it manage better," he said.

In addition, he assured that he is "eager" but "also nervous because in the end it is a 'Grand Slam'". "Roland Garros is always a special tournament where I want to do very well. Last year it went well for me, I was left with a thorn in my side and hopefully this year it will go better," explained the former winner of the Parisian competition in the junior category at the year 2015.

"Playing as a favorite is never easy, and even more so for the rivals, who also play with nothing to lose and raise the level even more. But hey, it's another challenge that I'm going to have and I'm looking forward to facing it", said Badosa.

The Catalan tennis player, who comes after falling in the first rounds of the Mutua Madrid Open and the WTA 1,000 in Rome, acknowledges that she has felt "more pressure in those tournaments, in some more than in others". "I also think that I arrived with many games played, perhaps I needed to play a little less or manage it in another way. It is also my first year with all this new and with many new experiences that I am learning," she declared.

Badosa, who in a year has gone from being in the 70th position in the ranking to being number 2, explained how her life has changed with it. "Obviously I have always believed in myself and that I could do good things in tennis, but I did not expect it from one day to the next, so fast, and it is not easy to carry. You go from one day to the next of not being so well known to be very exposed, that every game you play people expect you to win, that you win everything, and that's not normal either, it's complicated to carry", he assured.

The tennis player explained that the first thing she did was remove herself from social networks. "I think that's the fastest I've had to learn because that's something that does a lot of damage. In the end, it's very easy to talk without being inside. What I'm doing is doing my job the best I can," he said.

Badosa also spoke about depression, a disease he suffered from several years ago and about which "there is always the fear" of relapsing. "It would be denying a reality if I said that fear is not there, more than anything because mentally the head in tennis is always going to the limit and obviously there are times when the head becomes saturated and there are moments of more tension, of anxiety. Luckily , I have a good environment that helps me not to have that happen to me or to have it happen to me as little as possible," he said.

The Catalan tennis player also explained that Rafa Nadal's shadow puts extra pressure on his successors in the sport. "He has done a lot of damage, taking the legacy must begin to discard it, it is impossible, we are talking about the best athlete in history, not only in Spain, but in the world. Being someone like that happens every thousand years and we have been lucky to live it but we have to stay with that of having been the lucky ones, but repeating what happened with Rafa Nadal is impossible", he commented.

"It is difficult to live behind him because it seems that everything that is done is little, and making a quarter-final of a 'Grand Slam', a 'semis' of a Masters 1,000 are very great results, or winning Indian Wells knows little by little in the country we are in; I think it has spoiled us. Luckily, what is good is that it has served as an inspiration. In my case, when I am in a bad moment, I always think 'do it as Rafa Nadal would do', in that he has helped me a lot, but at a professional level it is not good to compare the whole day with him", assured Badosa.

In another order of things, it is not clear when Rafa Nadal's career will end, and although he says that "the statements the other day were a bit worrying or sad" he hopes "that they will only remain in a few statements". "We have always told him that he was retired many years ago at the time and he has never been, he has surprised, he has gotten better and he is a machine, he is from another planet. I hope he will be for many more years because he helps Spain a lot, the sport Spanish and inspires," he declared.

Finally, he also spoke about Carlos Alcaraz, of whom he says "he is going to be a great athlete" and "a new national figure" in his sport, but about whom he recommends not "looking for similarities" with Rafa Nadal. "I hope he does it the same or better, because that would be a joy for Spanish sport, but it would be very good if we left him like Carlitos, who he likes, and Alcaraz, which is what he is," he said.

1 The PSOE does not see a problem with the visit of... 2 The United Kingdom confirms that "in the coming... 3 Tensions in the emergency room: hospitals demand a... 4 The PNV asks to reform the law to increase judicial... 5 The Government authorizes the distribution among the... 6 Feijóo ditch: "It is evident that Spain is not... 7 Aramis Group (Stellantis) buys the Spanish Clicars... 8 Andueza responds to Esteban: "No one is going... 9 Ukraine confiscates assets valued at more than 400... 10 AFE asks the CSD to investigate the alleged espionage... 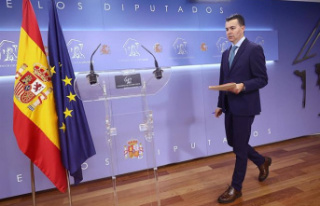 The PSOE does not see a problem with the visit of...