Aznar on what happened with Algeria: "It is difficult to find a bigger mistake in Spanish politics"

The former Prime Minister José María Aznar described what happened with Algeria this Thursday as "ridiculous colossal", which has suspended the friendship treaty with Spain, and has warned that the country is in a "delicate situation". 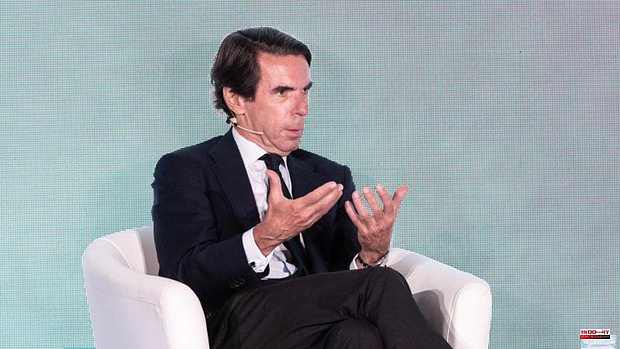 The former Prime Minister José María Aznar described what happened with Algeria this Thursday as "ridiculous colossal", which has suspended the friendship treaty with Spain, and has warned that the country is in a "delicate situation".

Aznar recalled that the area of ​​North Africa represents a great "concern" for Spain and lamented the "spectacle" experienced yesterday. "It is difficult to find a bigger mistake in Spanish politics", Aznar stated and went on to say that what happened yesterday "unfortunately demonstrates the state of fragility" in which, in his opinion, Spain is submerged after the different crises that have arisen with the neighbors to the south.

The former president explained that Spain is a country "with enormous responsibilities" on the European scene and stressed that Spain's geopolitical role is based on its relationship with the United States, the European Union (EU), Latin America and North Africa, all these geographical areas, from your point of view, all these geographical areas are related.

Aznar has been especially critical of the current relationship with Washington, which he has defined as a "giant leap backwards". As he explained, there are no "serious political dialogues between the parties, to the point that a conversation between the US president, Joe Biden, and the Prime Minister, Pedro Sánchez, is impossible", beyond "the ridiculous episode", he said. in allusion to the seconds that both leaders shared at the NATO Summit in Brussels.

For Aznar, the Spanish presence in Latin America has also suffered and the cocktail "weakens" the other "strong position" of Spain in Europe. For this reason, he has asked that Spain "become more integrated" into the concept of an Atlantic country.

At the national level, the former president has pointed out that "policies fail" and has warned that, if nothing is changed, "it will be more difficult to correct the course." As he has indicated, the first thing to do is "order" Spain, a nation "institutionally disorderly." That happens by dictating policies of "absolute respect for the law and the Constitution", something "essential" to recover the "strength" of Spain.

Aznar has elaborated on this idea and has assured that the Spanish institutional system is "deeply damaged", something "dangerous" because it is also the "most important competitive asset". In this line, he has asked "to return to the rules, to responsibility, discipline." He has also defended budget stability, a reduction in indebtedness, lower taxes and a “better” labor reform”.

For this reason, he has considered that "the change is going to take place" and the center-right parties "are going to rise as a whole", he hopes that "with sufficient force". In this context, he has asked to end the "times of cheap populism" and has highlighted the figure of the president of the PP, Alberto Núñez Feijóo.

Thus, he has wished him "success" and, questioned whether he would be willing to "collaborate from within" in a hypothetical future government with him, he has not closed the door. "Whatever my country asks of me, I'm going to give it," he has sentenced.

1 The PP criticizes that the municipal government does... 2 Luis López, 'predictable' relief at the... 3 The University of Valencia dismisses the director... 4 Carriedo assures that the daughter of the murdered... 5 The Valencia City Council renews the subsidy of 25,000... 6 The regional government finalizes a Dual Sectoral... 7 Talavera and the Provincial Firefighters Consortium... 8 Anti-corruption requires Calviño the aid received... 9 Escrivá saves the public pension fund with almost... 10 The Rolex Giraglia begins in Saint-Tropez 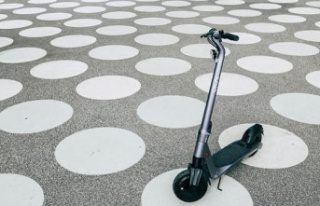 The PP criticizes that the municipal government does...