Gina Lückenkemper beamed after her gold sprint to EM gold, Niklas Kaul was touched by his sister Emma's emotional laudation as much as by the EM title in the decathlon and Eintracht Frankfurt President Peter Fischer once again enjoyed the pictures of the Europa League triumph . 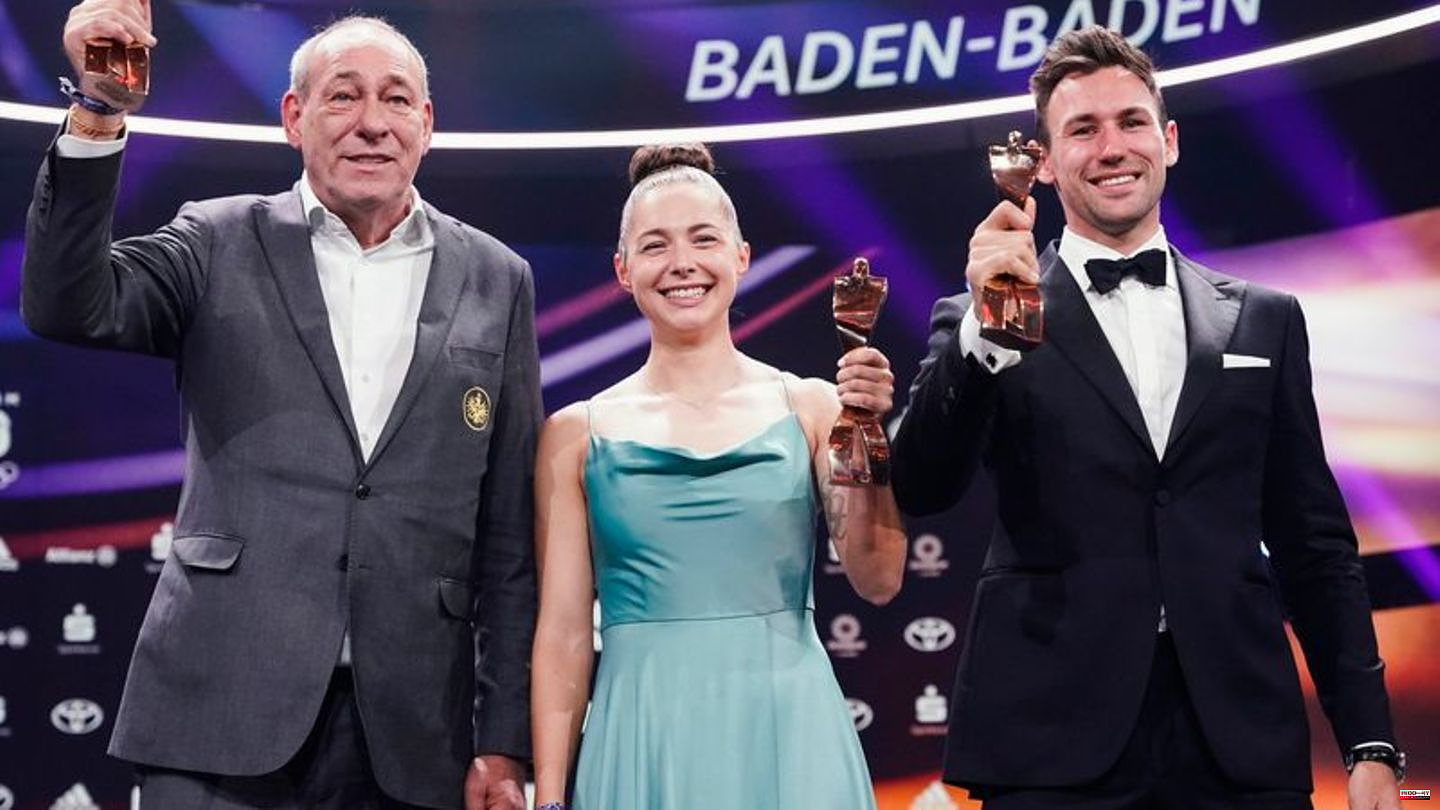 Gina Lückenkemper beamed after her gold sprint to EM gold, Niklas Kaul was touched by his sister Emma's emotional laudation as much as by the EM title in the decathlon and Eintracht Frankfurt President Peter Fischer once again enjoyed the pictures of the Europa League triumph .

The two athletics aces and the Bundesliga soccer club from Main are Germany's "Sportsman of the Year" 2022.

The winners of the 76th sports journalists' choice were honored at the gala in the Kurhaus in Baden-Baden. After there had been significant restrictions in the past two years due to the corona pandemic, the festive Bénazetsaal was again fully occupied with around 500 guests.

"The year couldn't have gone any better for me personally," said Lückenkemper on the red carpet. "I still have to pinch myself sometimes. It was total madness." With 1358 points, the 25-year-old relegated the long jump world champion Malaika Mihambo (863), who has won three times in a row, to second place.

Third place went to luge queen Natalie Geisenberger (766), who won individual and team gold at the Olympic Winter Games in Beijing and became the most successful German winter Olympian with a total of six victories. "Many pieces of the puzzle fit," said the soon-to-be mother of two.

Lückenkemper ran to gold over 100 meters at the European Championships in 10.99 seconds. "It was pure goosebumps. When I looked at the pictures, I had a heart rate of 180 again," said the top sprinter.

Although she injured her own knee when crossing the finish line with the spikes on her running shoes, she also won the title with the 4x100 meter relay at the end of the European Championship. At that time, the laceration had to be sewn up during the night with eight stitches. "I didn't even notice the whole thing and only realized it when blood ran down my leg and I thought, what's so wet there," reported Lückenkemper.

But the mishap quickly became a minor matter. "I already felt like a little rock star," said Lückenkemper after her gold sprint over the ovations of the fans in Munich's Olympic Stadium.

From seventh to the top

On that August 16th, decathlon ace Kaul had just turned the arena into a party zone. With a storm in the final 1500-meter race, the Mainzer snatched the title from Swiss Simon Ehammer, who had been leading up to that point, and celebrated his second major triumph after World Cup gold in 2019 a lot together," he admitted after the European Championship triumph. "I didn't think I would be standing here today."

The energy performance in Munich - after eight of ten competitions Kaul was still in seventh place - brought him victory in the survey with 1256 points for the second time. Kaul had already been honored three years ago.

Second place for men went to Vinzenz Geiger (871). The Nordic combined athlete stormed to gold in the individual competition at the Olympic Winter Games in Beijing with an unforgettable performance on the last climb. Third was Germany's top swimmer Florian Wellbrock (761). The 25-year-old returned from the World Championships with five medals, including two gold ones. "Five medals from five starts - that was amazing," said Wellbrock.

Close race with the best team

It was more exciting for the teams, where Eintracht Frankfurt prevailed with 975 points ahead of the women's track and field sprint relay (895). Third place went to the German soccer players (828), who had impressed at the European Championships in the summer and were only stopped in the final by hosts England.

Eintracht won the Europa League on a magical night of football in Seville in May by beating Glasgow Rangers on penalties. President Peter Fischer received the award on behalf of the players and coach Oliver Glasner. "We gave goosebumps to Germany, gave away excitement, gave away excitement. People wrote to us from Kiel to the Zugspitze," said Fischer.

Spies and Raskina are coaches of the year

National bobsleigh coach René Spies and gymnastics trainer Julia Raskina have been honored for their successful work this year. The 49-year-old Spies and the 40-year-old Belarusian Raskina were voted coach of the year by a jury of the German Olympic Sports Confederation, as did the umbrella organization at the “Sportsman of the Year” gala in Baden-Baden. While Raskina was receiving awards, Spies was also mentoring his pilots at the World Cup in Lake Placid.

Spies had led his teams to seven medals at the Beijing Winter Olympics. Among them were three out of four possible gold medals. Raskina brought the rhythmic sports gymnasts from Germany to the top of the world. At the World Championships last September in Sofia, the team won a total of five medals, one even in gold. It was the biggest German success for more than 30 years. 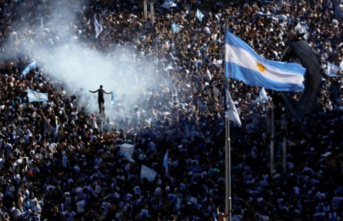