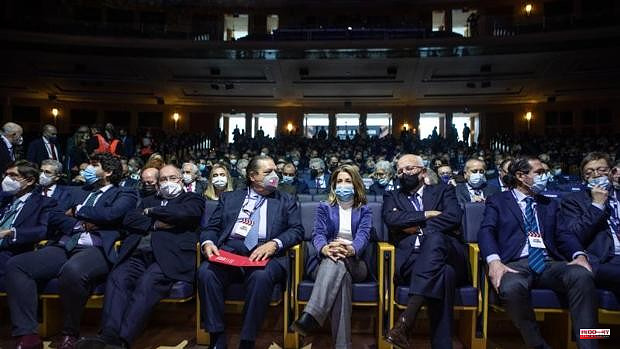 The initiative has already analyzed on eleven occasions the state of the works of the Mediterranean Corridor, "a key infrastructure for the competitiveness of the transport of people and goods in Spain", as highlighted

The check has carried out a "detailed" analysis of the fourteen sections of the Corridor and, as it points out, "brings to light an unappealable reality: the works are not advancing at the pace announced and promised by the Government."

As the movement recalls, during the V Business Act for the Mediterranean Corridor that was held in November last year, the current Minister of Transport, Mobility and Urban Agenda, Raquel Sánchez, announced that in 2026 the works that would connect Almería with the French border would be "completed" and, on a closer horizon, that the following milestones would be finished in 2023.

Among them, the connection of the port of Tarragona and Camp de Tarragona with the rest of Europe; the connection of the three capitals of the Valencian Community in international width, with the improvement in the services between Valencia and Castellón so that the High Speed ​​does not interfere with the Cercanías; the commissioning of the section between Almussafes and Fuente de San Luis, between Moixent and l'Alcúdia and the entrance to Murcia and the direct high-speed connection between Granada and Málaga with Antequera.

With these commitments in mind, the railway technicians who collaborate with the movement

For them to be able to do so, the Totana-Totana and Lorca-Pulpí sections, the Murcia-Cartagena connection and the Bobadilla-Algeciras line should be up and running. In addition, the Almería-Granada section does not yet have a project, and the Valencia tunnel "threatens to be the traffic light of Europe if the works do not speed up," denounces the movement.

As for the milestones that have been achieved, the award of the track gauge change between Castellón and Vandellós stands out; completion of the Reguerón bypass; the tender for the works on the Totana-Totana section and the award of the Lorca-Pulpí sections.

For the remainder of 2022, the completion of the works on the Castellbisbal tunnel is pending; the award of the gauge change between Tarragona and Vandellós; the final project for the Murcia-Cartagena section and the project for the Almería-Granada section.

The president of the Valencian Association of Entrepreneurs (AVE), Vicente Boluda, has pointed out that "although the works are going, because fortunately they are going, they are not going at the pace that we would like or that we expected."

One of his “greatest concerns” is the Valencia tunnel, “which is not even designed” and that “as long as it is not there, it will be the Corridor traffic light. Everything will stop there." "The movement

The Second Semiannual Checkup of 2022 will take place on November 17 in Barcelona, ​​a date that will also coincide with a business event such as those held in 2017 in Madrid, 2018 in Barcelona, ​​2019 in Elche, 2020 in Valencia and 2021 in Madrid, in which It is expected to bring together businessmen and representatives of Spanish civil society under the claim of

According to Boluda, «since the movement was launched

1 Carlos Mazón: «There is not a single health data... 2 Viveros 2022 concerts in Valencia: program of performances... 3 A couple of businessmen arrested in Alicante for exploiting... 4 A "historic bullfighting fair" in Palencia... 5 Cs starts its refoundation with a listening process... 6 "Socialist fagots": homophobic graffiti... 7 Slovakia offers all its Mig 29 aircraft to Ukraine 8 At least one dead and eight injured after a shooting... 9 European citizens stockpile basic goods 10 Why is the 4th of July celebrated in the United States... 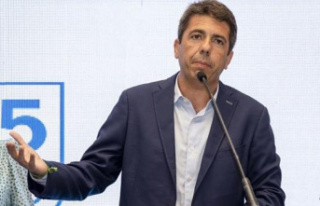 Carlos Mazón: «There is not a single health data...