Auvasa will apply the 2% salary increase in 2022

The wages of the workers of Auvasa will rise this year by 2 percent, following the agreement between the municipal public transport company of Valladolid and the CSIF and UGT unions. 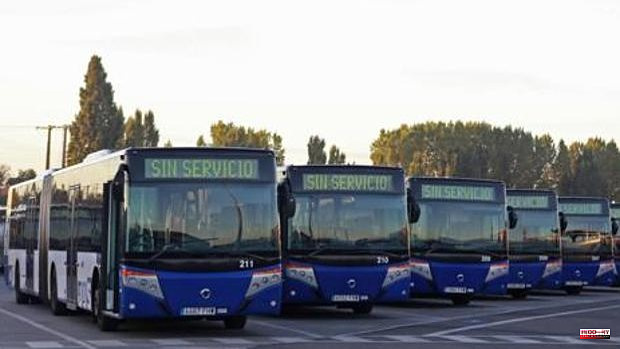 The wages of the workers of Auvasa will rise this year by 2 percent, following the agreement between the municipal public transport company of Valladolid and the CSIF and UGT unions. These trade union centers and the management of the company that depends on the Valladolid City Council have signed an agreement to set up a table or working group whose purpose is to hold weekly meetings, to study the alternative of staggered entry, outlining a complete proposal for system of schedules, calendars and guarantees that serves to unblock collective bargaining in this matter.

The working group will be made up of the management of the public company, representatives of these unions and is open to the incorporation of the rest of the organizations.

Its objective is to adequately assess the improvements that this proposal may bring about, both for the service received by users and for the working conditions of the company's workers, informs Ical.

For their part, the workers' representatives undertake to transfer the results of the study to the negotiating table and to the workers of the company and, where appropriate, to carry out a consultation process, with due rigor guarantees. and anonymity, which allows obtaining the staff's perception of these measures.

The company's management undertakes to initiate actions to increase the remuneration of the workforce by 2 percent by the year 2022, in accordance with the authorization of the maximum legally authorized increase.

“The agreement is based on good faith and has the sole purpose of improving the public transport service entrusted to the company and the working conditions of the workforce, for which it may be extended with the participation of other union sections or with the study of other matters subject to collective bargaining, with the aim of reaching agreements that allow the next collective agreement to be signed", they point out from the Valladolid City Council.

In this way they aspire to "open channels of constructive dialogue that allow overcoming the blockade situation and moving away from intransigent positions that have led to the renewal of the collective agreement for more than ten years."

1 Diaz claims that there is no "gap" in government... 2 A criminal organization based in Spain and linked... 3 Out of danger the bear cub found in critical condition... 4 "If you tell, your parents will punish you":... 5 An assistant keeps 15,500 euros that the 94-year-old... 6 Contact lenses could be the ultimate computer screen.... 7 At the Gravite Festival, around the world of Magellan... 8 PS5m Virtual Reality Centre opens in Portsmouth 9 The BluesCazorla 2022 festival posters are complete... 10 Transgenics and nuclear energy: The fall of two environmental... 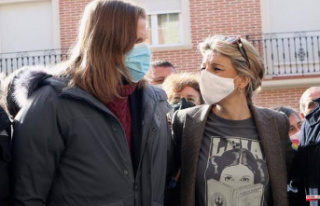 Diaz claims that there is no "gap" in government...