Distancing himself from Finland and Sweden, Austrian Chancellor Karl Nehammer declared on Wednesday that "Austria is not considering" a possible entry into NATO. 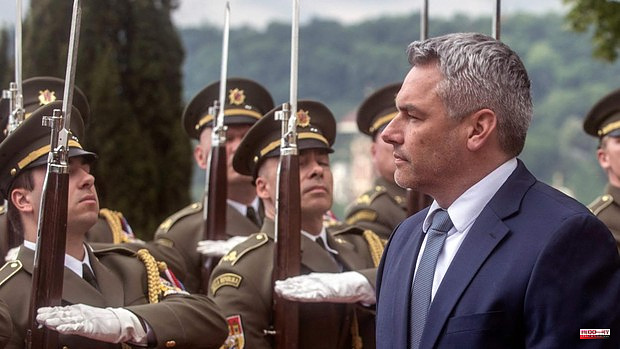 Distancing himself from Finland and Sweden, Austrian Chancellor Karl Nehammer declared on Wednesday that "Austria is not considering" a possible entry into NATO. As a neutral state, it supplies Ukraine with only non-lethal weapons, as means of protection, and that will continue to be its policy, Defense Minister Caludia Tanner reiterated yesterday. "We have already sent protective material and now we are evaluating the shipment of medical equipment," she said, also noting that her country had previously allocated a budget "which should be sufficient" and that it does not plan to increase it.

Tanner is harshly criticized by the Armed Forces union, due to a restructuring of the Army that has had as a consequence that "since May 1 there is no Chief of Staff, nor commanders of the ground or air forces, nor commanders above of the brigade or of the Armed Forces Base", as denounced by its president, Manfred Haidinger, who warns that "no one, except Tanner and Secretary General Kandhofer, is currently authorized to issue directives, with a war just around the corner." the corner".

"Austria is completely in solidarity with Ukraine," Nehammer insisted during his visit to the neighboring Czech Republic, but it has "a different history" than that of the Nordic countries, he justified, in addition to reiterating his refusal for the EU to interrupt purchases Russian gas. In April, Nehammer was the first European head of government to visit Russian President Vladimir Putin in Moscow, after meeting Zelensky in kyiv and following the Austrian diplomatic tradition of relations with Ruisa. After World War II, Austria remained occupied by the four victorious powers until 1955, when, at Soviet insistence, it signed a commitment to "perpetual neutrality". In 2001, it briefly flirted with joining the Atlantic Alliance, but angry reaction from Moscow led to the project being scrapped.

Since the start of the Russian invasion of Ukraine, Austria has expanded border controls on the land border with Hungary and Slovenia, which it first introduced during the 2015 refugee crisis, citing the security risk of the Ukraine war as the main reason for your decision. "We are also particularly challenged by the war in Ukraine in the area of ​​internal security because human traffickers have discovered new fields of business in the shadow of the crisis," Interior Minister Gerhard Karner admitted.

The position of the Government of Vienna corresponds to the majority refusal of the Austrian population to approach NATO in the current situation. The latest poll published by the APA news agency indicates that only 14 percent of Austrians are in favor of membership, while 75 percent of those surveyed by the IFFD Institute outright reject abandoning the status of neutrality. 52 percent consider that only neutrality can protect the country from military aggression, while 40 percent are not so sure. 83 percent want their country to better coordinate security and defense policy with the EU, and 46 percent are explicitly against Ukraine joining the EU.

One of the factors influencing these positions is Russia's high energy dependency. The government yesterday approved new rules for Gazprom's storage facility in Haidach, one of the largest in Europe, so that if Gazprom stops storing gas, other operators can do so.

1 Buffalo racist killing spree: Bills and NFL donate... 2 Study: ibuprofen may make back pain worse 3 A thousand Ukrainian soldiers still in Azovstal 4 The judicial collapse due to floor clauses will not... 5 Still no news from the jury at the Girouard trial 6 Alberta premier resigns 7 The Remparts in confidence 8 A transition that was easy 9 Vladimir Guerrero Jr. still calls himself a Montrealer 10 The PSOE borrows money from citizens to finance its... 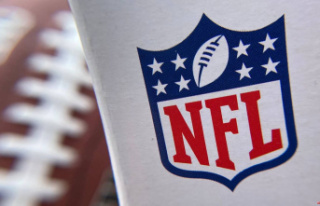