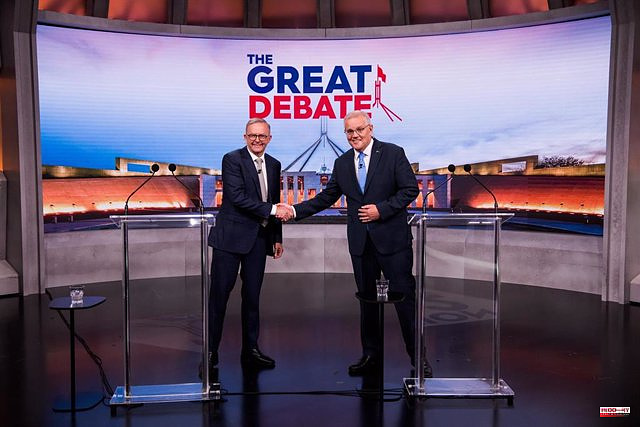 Australian citizens have begun to vote this Saturday to elect the prime minister in a national election in which the Australian Labor Party, led by Anthony Albanese, is predicted in the polls as a favorite against the prime minister, Scott Morrison, who chairs the Liberal-National Coalition.

After six weeks of campaigning, and despite the fact that Labor, led by Anthony Albanese, has led the polls since June 2021, the surprise victory of the Conservative Prime Minister, Scott Morrison, in 2019 has made the main center-left party take this potential win with a grain of salt.

Morrison, however, hopes to become the prime minister to win two elections in a row, a milestone not repeated since former President John Howard did it in 2004. In this way, he has called on citizens to reconsider their vote. due to the country's growth and unemployment in the context, in addition, of a pandemic that has greatly damaged the Australian economy.

The current government led by Morrison decided to reopen its international borders on February 21 after almost two years closed, a measure that has been welcomed in the tourism sector after a severe policy, praised in different political sectors in Australia and vilified in others, to stop COVID-19.

The current prime minister, 53, took office in 2018 after being elected leader of the Liberal Party of Australia and subsequently winning against all odds in the 2019 elections.

His main rival and leader of the Labor Party, Anthony Albanese, has indicated, after the polls opened, that he wants an economy that "works for the people and not the other way around", highlighting the 2.7 percent gap between inflation and salaries announced this week, which is the largest on record.

According to the newspaper 'Sydney Morning Herald', Albanese has specified that his goal is still to win at least 76 seats in the Australian House of Representatives. To form a government, either party must win at least 151 seats.

Another of the great keys to these elections is China, with whom Canberra has maintained a constant pulse, especially after the signing of the security agreement between the Solomon Islands and Beijing. Morrison went so far as to assure that the construction of a military base by the Chinese authorities on the island was "a red line".

Despite being a strategic and economic partner of China, Canberra is concerned about the expansion of the Asian giant in the Pacific area, although the opposition has accused the Government of a substantial failure in national security after the crisis with Honiara.

In fact, Defense Minister Peter Dutton declared that "the Chinese Communist Party and the Chinese government" had chosen Albanese as "their candidate" in the upcoming elections, according to the Australian network ABC.

According to polls, 53 percent of Australian citizens would opt for Labor, the main opposition force, according to results published by the newspaper 'The Australian', which shows that more than half believe that it is time for a change of government.

However, the dynamic changes when it comes to popularity, with 45 per cent of those surveyed thinking Prime Minister Scott Morrison is a better head of government than Albanese, who has just 39 per cent of support.

1 The Pentagon spokesman will leave his position to... 2 From the competition to the street 3 Russian gas for Finland has been cut off 4 PSG: Angel Di Maria, a remarkable but not dazzling... 5 Austin will chair the second meeting of the military... 6 The governor of Texas accuses Biden of "ignoring"... 7 Giuliani testifies before the committee investigating... 8 At least one dead and dozens injured by the passage... 9 Sentenced to 36 months in prison for money laundering... 10 The Minister of Defense visits the Pentagon after... 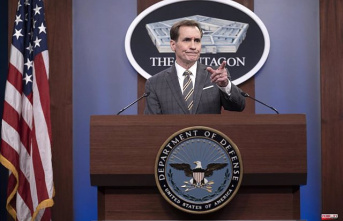 The Pentagon spokesman will leave his position to...