CANBERRA (Australia) -- The 4-year-old case against a lawyer in Australia was dropped by the new government. 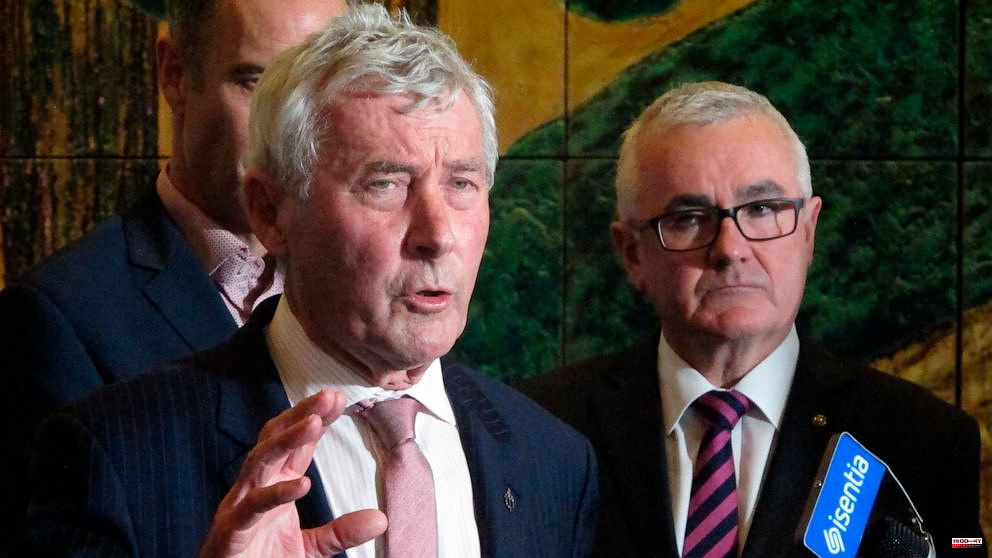 CANBERRA (Australia) -- The 4-year-old case against a lawyer in Australia was dropped by the new government. He was accused of trying to help East Timor show that Australia had spied during multibillion-dollar oil-and-gas negotiations in 2004.

Attorney General Mark Dreyfus maintained that the government would not confirm or deny that the Australian Secret Intelligence Service (a spy agency that operates from Australian embassies), hacked government offices in Dili, East Timor.

Dreyfus stated, "Having considered our national security, national interest, and the administration of justice, I have decided that this prosecution should be ended."

"My decision was informed both by the commitment of our government to Australia's security and our commitments to our relations with our neighbours. Dreyfus said that this was an exceptional case.

East Timor had lobbyists for the drop of the charge.

Jose Ramos-Horta, the East Timorese president, stated that Australia had ended a bitter split between the two countries by dropping the charge.

Ramos-Horta stated that Australia's past actions, including the bugging of offices and spying on our government during negotiations on... Oil revenues, maritime boundary and the talks, are what we will leave behind.

Ramos-Horta stated that there was now a "far greater atmosphere of mutual trust between the countries."

Ramos-Horta stated, using East Timor's Portuguese name, "We are determined to move ahead, to expand our relation with Australia, which is a very important neighbour and friend of Timor-Leste."

Geoffrey Watson is a Sydney-based lawyer and director at the Center for Public Integrity. This anti-corruption think-tank describes the bugging allegation in one of the most scandalous moments in Australian international relations since World War II.

In 2018, the previous conservative government approved Collaery's prosecution along with his client, a former spy known as Witness K on charges of conspiring to disclose secret information to East Timor.

In 2004, a conservative coalition was at power, when bugging took place to give Australia an advantage during negotiations for a treaty that would have divided the revenue from the Timor Sea's energy resources.

East Timor was an impoverished country of 1.5 million people, located on half of Timor Island north Australia. It became independent from Indonesia in 2002.

Witness K, an ex-spion, pleaded guilty to the charges and was released by court in 2021 after a three month suspended sentence.

Collaery pleaded guilty to not guilty and was set to stand trial in October.

K and Collaery could face up to two years imprisonment. Since then, the penalty for this same offense has been raised to 10 years.

K was not allowed to travel with the government because he wanted to support East Timor's claim that the 2006 energy treaty was invalid.

East Timor claimed that the treaty was invalidated because Australia had failed to negotiate in good-faith through espionage.

K and Collaery had prepared two forms for the East Timorese government. They identified K as an ex-member of ASIS and gave details about ASIS functions. A court heard.

Australia and East Timor reached an agreement on a new maritime boundary treaty in 2018.

Collaery, now 77, thanked his lawyers for representing him free of charge and the Australian people who supported him.

"I am pleased that the new attorney general has taken the time to review this case and all its components and has taken steps to end it. He said that this was a positive decision for the administration justice in Australia.

He said, "This decision will enable me to move ahead with my life as well as my legal practice."

1 Mexico's oldest panda dies at the zoo on her... 2 Huge underground search for mysterious dark matter... 3 Researchers record quantum memories entanglement 4 New Zealand and Australia agree that the Pacific should... 5 AP Week in Pictures: Latin America, Caribbean 6 Shinzo Abe, ex-leader, critically injured in Japan... 7 'Dad, that's it. She's dead: Another... 8 G-20 diplomats fight for unity in Ukraine and war's... 9 TWIS: A Look at What The JWST Can Offer, What Tattoos... 10 Tunisia's Islamists denounce asset freezes as... 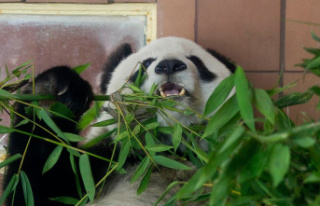 Mexico's oldest panda dies at the zoo on her...