In the half-empty paddock of Montmeló, Formula 1 passengers look for shadows to chat. 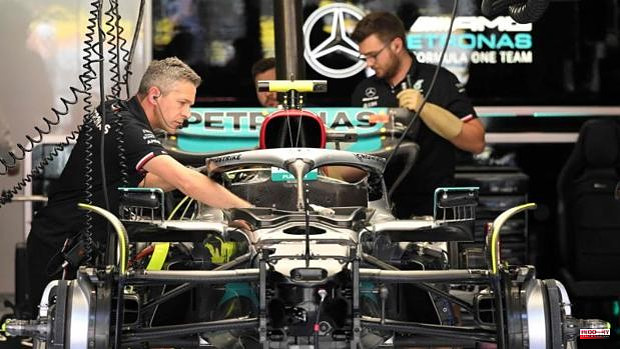 In the half-empty paddock of Montmeló, Formula 1 passengers look for shadows to chat. Engineers, press officers and technicians from the International Federation (FIA) are amazed by the sun of justice in Barcelona. "This looks like Bahrain," is heard. In addition to time, in Formula 1 the leading teams talk about budget limits, accounting audits and financial ceilings. Since last year the teams have a quota of 145 million to spend in a season, drivers' salaries and the three main engineers on the sidelines. This measure is intended to equalize the competition and that rich teams do not always win by decree. With accounting in the eye of sight, another front has begun: the surprise audits commissioned by the FIA ​​to avoid cheating or loopholes by the teams to spend more.

Mattia Binotto, the boss of Ferrari, opened that melon weeks ago when he protested the weekly improvements of the Red Bull car. “They will have to stop bringing parts and evolutions soon,” he proclaimed. Along these lines, the Italian media calculated that Red Bull, which has won the last two races, would have already spent 75 percent of its budget and would not have the money to continue making progress on its car.

Ferrari, who never had limits allocating the necessary money in order to win a few tenths, has now launched that campaign. Doping in Formula 1 was always inside the cars, in its regulations twisted to the last letter to favor speed and in the inventions of engineers. The new doping may now be in the financial plans and accounting of the teams, which are looking for all the artifices to turn the law around.

Mercedes technology is at the service of the Ineos Team UK, a British challenger in the America's Cup sailing, where the investment is superlative. Done the law done the snare. According to voices from the paddock, Mercedes dedicates half of its engineers to the sail plan and the other half to Formula 1. In this diffuse way, mixing some with the work of others, and some projects with the ones next door, it can take F1 budgets up to date.

Red Bull has also been involved in a sailing America's Cup project. And with the same procedure, the engineers come and go in coordination with the Red Bull Technoloy Campus: 60 work for the cars and a total of 120 for the technological complex located in Milton Keynes (United Kingdom).

Thus, probably with the rest of the teams looking for loopholes to do something similar, the FIA ​​has decided to implement something similar to anti-doping controls by surprise. Any of the agents of the three authorships that it has contracted can appear by surprise, or with prior notice in a short time, at one of the headquarters of the Formula 1 teams. That, or request immediate reports online to verify that the limit budget is met. They are modern vampires on the prowl for money.

In Barcelona the technical deployment will be colossal. All teams will bring upgrades to their cars. The auditors will say later if they comply.

1 The shirt that ridicules Atlético in networks 2 McIlroy takes PGA Championship lead, Scheffler and... 3 The CIS confirms the worst fears of the left at the... 4 One question, if you don't mind: What do you... 5 Marta Torrejón: «A part of society has learned to... 6 “Monkeypox is a disease that is spread at home” 7 They request an external audit on the closure of Basurto's... 8 The Government proposes that absence from class be... 9 The first cannabis fair blocked by the Ministry of... 10 A rapper joins the Canadian Elite Basketball League 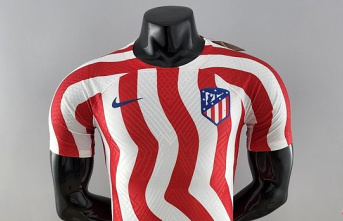