Audi: "Sales have fallen because brands focus on profitable channels"

In Spain, the accumulated fall in the market until April —12% to 233,694 units— is due to the fact that manufacturers have focused on profitable channels, leaving rental companies aside, one of the largest buyers in Spain. 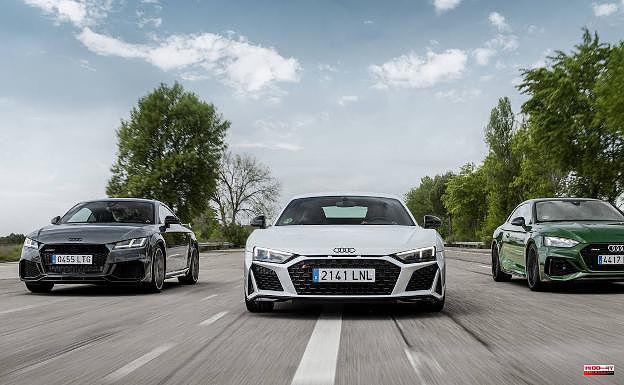 In Spain, the accumulated fall in the market until April —12% to 233,694 units— is due to the fact that manufacturers have focused on profitable channels, leaving rental companies aside, one of the largest buyers in Spain.

This was stated by José Miguel Aparicio, director of the national subsidiary of Audi. The reason for allocating sales to individuals and companies is that the sector continues to suffer from the consequences of the shortage of semiconductors.

The Volkswagen Group, to which the four-ring brand belongs, is one of the consortiums that is most noticing this shortage, with a 21.9% drop in production in the first quarter of 2022, to 1.89 million units . "The forecasts are not very favourable," he declared, although he estimates that "chip supply will improve in the second half of the year."

Despite these declines in production and sales, automakers have posted record profits and operating margins, mainly by focusing on the aforementioned channels and simplifying their ranges to sell better equipped and more profitable models.

Audi's profit margin in 2021 was 24.3% - well above the industry average - although this figure was exceptional, due to the fact that the consortium received a positive financial return from hedges against rising prices for raw materials. cousins. The premium division, which includes the results of Bentley, Lamborghini and Ducati, had a turnover of 14,282 million euros.

"In a normal situation, the Spanish market has the potential to reach 1.2 million annual registrations," but he blamed the slow pace, in addition to the lack of supply, on high inflation rates and the general mistrust of buyers.

These statements were made within the framework of the presentation of the Audi RS range, which has the highest performance of practically all its models, ranging from the compact RS3 to the 100% electric RS e-tron.

These vehicles are built around three very powerful engines shared by several cars: a 400 hp five-cylinder that drives the RS3, RS Q3 and RS TT; a 450 hp V6 for the RS4 Avant and RS5 and, already entering the big leagues, a 600 hp V8, used by the RS6 Avant, RS7 and RS Q8, a huge SUV capable of reaching 100 km/h in less four seconds.

In addition, they have the R8 supercar available, with a V10 engine and four-wheel drive – a propeller that it shares with the Lamborghini Huracán – and the electric RS e-tron, with an acceleration of 3.3 seconds and 646 CV of power. In Spain, 368 units of this range were sold, with the RS Q8 being the most demanded model.

1 La Pradera recovers its people two years later 2 Ford Kuga PHEV: 225 CV with the minimum consumption 3 The knee that stings in Burgos: «I was looking for... 4 Donald Trump: a possible 2nd term? 5 Daily horoscope May 16, 2022 6 Waffle mixes put to the test 7 David Milgaard dies aged 69 8 A Gatineau resident drowns in an Ottawa river 9 Paper industry: an agreement in principle for the... 10 QMJHL playoffs: Anctil and Parent give the Phoenix... 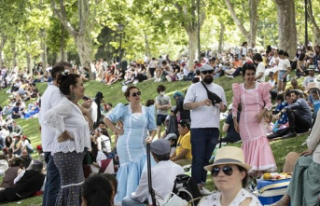