Attempts to rescue: struggle for Bua Noi - Thailand's only gorilla in the horror zoo

Bua Noi lies apathetically in the farthest corner of her cage. 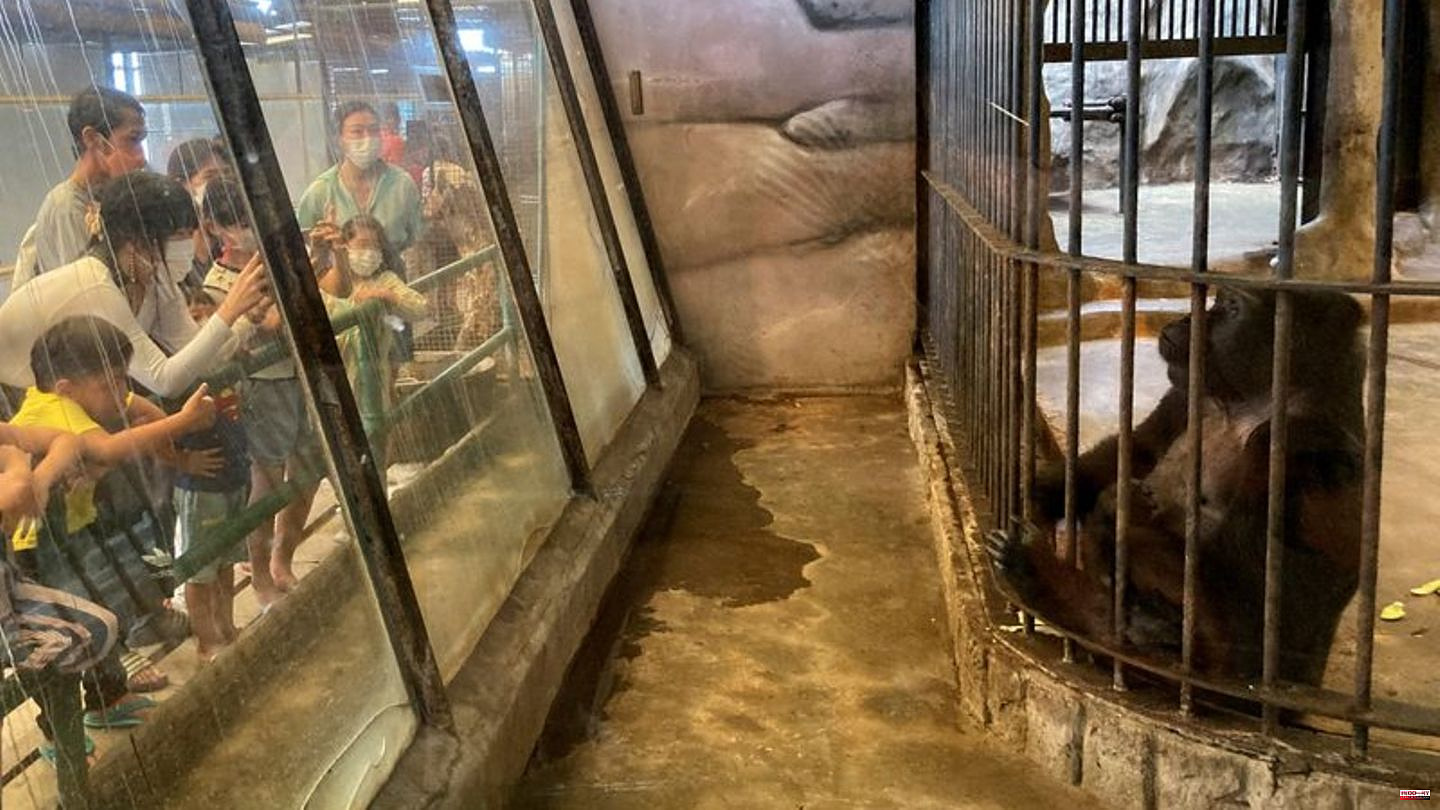 Bua Noi lies apathetically in the farthest corner of her cage. Their prison is 10 by 20 meters, surrounded by bars and thick glass. Sunlight only falls in one place, concrete all around, a few ropes and an old car tire are intended to pass the time for the female gorilla - for more than 30 years. But the crowd at the privately run Pata Zoo on the roof of an old Bangkok mall wants to see more. And so an employee lures Bua Noi ("little lotus") with a sachet of milk. Finally she slowly gets up and comes closer.

Dozens of cell phones film and photograph the sad animal, the only gorilla in the whole country. The primate stares blankly at her audience. "His gaze has become so tired from passing the batons that he can no longer hold anything. It is as if there were a thousand batons and no world behind a thousand batons," Rainer Maria Rilke once wrote about a panther. The lines seem as if they were written for Bua Noi. It's the Pata Zoo's box office hit. The gloomy area in which hundreds of monkeys, reptiles and birds languish is often dubbed the "horror zoo".

Again and again there have been attempts to have Bua Noi resettle in an environment where she can spend the last years of her life in dignity and in the midst of nature. Numerous animal rights activists and celebrities such as pop icon Cher have already campaigned for them. Around 117,000 people have signed a petition on Change.org so far. "They live alone, in a world of concrete and steel, without any stimulation. A life of boredom and loneliness is the cruelest fate of all for our primate cousins," it says. At times it seemed that there could be movement in the drama - as in the past week.

Suddenly, the Thai Environment Ministry said the owners wanted 30 million Thai Baht (800,000 euros) for the release of the gorilla. Then the animal could be taken to a zoo in Germany - because that's where the ape originally came from. It was not known which zoo it could be. But the announcement immediately made headlines.

The zoo itself later denied the money request on its Facebook page, saying Bua Noi was too old to adjust to a new environment and was being well cared for. Nevertheless, the fate of the primate has been on everyone's lips ever since, not only in Thailand but also internationally.

Trapped as a baby

In reality, according to research by animal rights activist Daniel Stiles, Bua Noi did not come from Germany, but probably from Equatorial Guinea, where she was caught as a baby. A German animal smuggler brought them to Thailand in the late 1980s. "Bua Noi does not come from a German zoo, but is a sad result of the wild animal trade. It was sold in Africa by a German animal dealer directly to Thailand," said Daniel Merdes, managing director of the organization "Borneo Orangutan Survival Germany" (BOS).

With BOS Germany, Merdes has long campaigned for the liberation of all animals from the zoo - especially the orangutans and dozens of other primates such as lemurs and macaques, who have to survive under just as disastrous conditions. For Bua Noi, the only solution is to take her to a sanctuary in Thailand. "That's the only way she could live out her final years with dignity and in a natural environment. Another long, traumatizing journey would be life-threatening or animal cruelty - whether it's Germany or Africa," said the expert.

Edwin Wiek is one who has offered to take her on board. The Dutchman is the founder of the Wildlife Friends Foundation in Thailand and has been running a sanctuary with lots of nature in Phetchaburi, about 200 kilometers from Bangkok, for many years. Most recently, the tigers of the bankrupt Phuket Zoo were accommodated there. "We believe that it would not be morally right to pay an enormous sum of money for the Pata Zoo highlight," Wiek told the German Press Agency. 30 million baht is a lot of money for an animal that probably only has a few years to live. "We also want a deal to be made for all the animals in the zoo - or at least the primates."

No interest from the zoo owners

But the owners of the Pata Zoo don't seem interested - because the place is booming. They assure Bua Noi is fine. Environment Minister Varawut Silpa-archa now said: "Pata Zoo has promised to take care of her until her last day. And as her owner, he has the right to do so." What belongs to the zoo cannot be taken away from the zoo - many things have to be settled first. It is unclear what the alleged monetary claim was all about.

"Gorilla in Alcatraz" was the title of a letter to the editor in the "Bangkok Post" on Monday - the choice of words is apt. Daniel Merdes says: "No animal should have to live in such a dark concrete dungeon. No green, just gray and the shrill screams of the other animals. I can't understand how visitors feel entertained here."

Meanwhile, Bua Noi sits on the concrete floor, the only floor she knows. Again and again she breathes in air in short bursts and stares helplessly at the ceiling. It looks like she's crying, yes sobbing. Gorillas and humans share 98 percent of their genome. 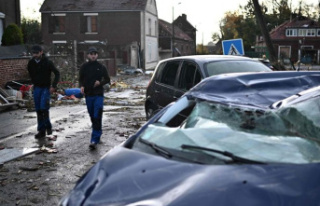 Severe weather: Severe storms in the north of France...