Djokovic, the big loser, will lose 2,000 points and number one. 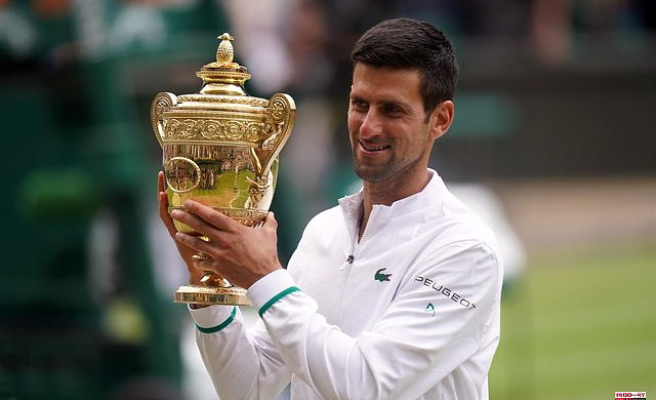 Djokovic, the big loser, will lose 2,000 points and number one

The Association of Professional Tennis Players (ATP) and the Women's Tennis Association (WTA) announced this Friday their decision to remove the distribution of points for the world rankings, both male and female, at the Wimbledon tournament, after the measure of the ' great' English to ban Russians and Belarusians from playing.

Just a month ago, the organizers of the third 'Grand Slam' of the season announced the veto of Russian and Belarusian tennis players for Russia's invasion of Ukraine, a decision that they immediately described as "unfair" and "discriminatory" both ATP and WTA.

The protest was unanimous and the response from both Circuits has been forceful, eliminating the English points awarded to each 'big'. "In the absence of any change in the situation, it is with a heavy heart that we see no other option but to remove the points from the Wimbledon ATP Rankings for 2022," the ATP says.

Similarly, the WTA withdraws its points from the London event, while the International Tennis Federation (ITF) did the same with the junior and wheelchair tournaments. As they explained a month ago in response to the Wimbledon decision, both the WTA and the ATP are forced to penalize a discriminatory position that goes against their legislation.

Some fundamental principles that dictate that individual athletes can participate in professional tennis events based on merit and without any discrimination. The hope of both tennis associations is that they continue the talks with Wimbledon to reach an acceptable solution.

For its part, the English tournament described the decision as "disproportionate", lamenting "the impact" it has on the players. In addition, since the Wimbledon appointment they insist that their measure was the "only way" left by the British Government due to the sanctions and recommendations on the Russian war with Ukraine.

The ATP's stance means Serbian Novak Djokovic, defending champion at the All England Tennis Club, will lose his world number one status as he will be unable to defend last year's 2,000 points. The one from Belgrade is currently at the top of the ranking with 680 points over the Russian Daniil Medvedev.

1 Russia announces the seizure of the Azovstal steel... 2 Urgent need 3 Play a club look 4 Undabarrena lives the miracle of Tondela, the modest... 5 Surprising red at $15 6 The Basque Government rejects "any attempt to... 7 The US says that the removal of ETA from the list... 8 El Levante deja Primera thrashing in Vallecas 9 Rahm gives a lesson in toughness in Tulsa 10 Djordje Mihailovic selected by the United States 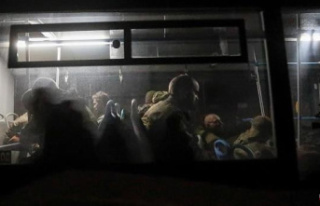 Russia announces the seizure of the Azovstal steel...