Two people were killed and 14 wounded, some seriously, in a shooting near a bar area in central Oslo early on Saturday, Norwegian police said, detaining a suspect. 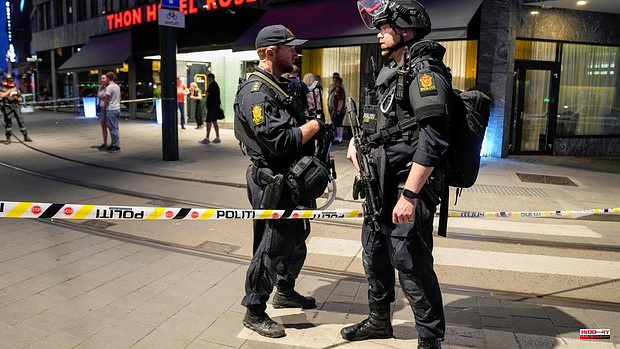 Two people were killed and 14 wounded, some seriously, in a shooting near a bar area in central Oslo early on Saturday, Norwegian police said, detaining a suspect.

The shots occurred around 01:00 local time in three nearby places, including a gay bar, in the very center of the Norwegian capital. Police reported two deaths and 14 injuries and the seizure of two weapons.

"Everything indicates for now that a single person fired the shots," said a police official, Tore Barstad, during a press conference.

The authorities deployed reinforcement troops in the city to deal with other possible incidents, this agent added, without wanting to specify whether they were treating the event as a terrorist attack.

The security body received the first alerts at 01:14 and the suspect was arrested five minutes later, he said. The shooting took place near the London Pub gay bar, the Herr Nilsen jazz club and a takeaway.

Security officials met to discuss the impact this attack could have on the celebration of the Pride festivities that are organized on Saturday afternoon in Oslo.

“He looked very determined about where he was aiming. When I understood that it was serious, I ran. There was a bleeding man lying on the ground," a young woman at the scene told the Verdens Gang (VG) newspaper.

Another witness told the same newspaper that the attacker was using an automatic weapon, an information not confirmed by the police, and described the place as "a scene of war". “There were a lot of wounded people on the ground who had head injuries,” he said.

A journalist from the NRK public broadcaster present at the scene explained that the attacker arrived with a bag from which he took out the weapon with which he fired. The area was packed with heavily armed policemen wearing bulletproof vests and helmets.

Among the 14 injured, eight were taken to hospital and the others were treated on the spot by medical services. "Some were described as seriously injured, others as more minor," police officer Tore Barstad said.

1 A couple drowns in the waters of Lloret de Mar 2 Free shows for everyone in more than a hundred municipalities... 3 Towards a more sustainable wardrobe 4 Jesús García Fernández, mayor of Ugena for 6 years,... 5 Felipe Sicilia, loyal to Adriana Lastra, one of the... 6 Turull (ERC) calls on the ERC to take advantage of... 7 Arrested for committing 142 robberies with force in... 8 Five men are tried for sexually abusing two internal... 9 Pol Espargaró withdraws from the Dutch Grand Prix 10 The lordship of María Pagés 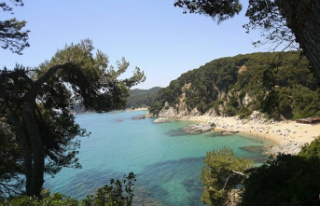 A couple drowns in the waters of Lloret de Mar