At least three dead and two injured in a shooting in the state of Maryland, United States

At least three people have died and two have been injured this Thursday in a shooting in the city of Smithsburg, in the state of Maryland, in the northeastern United States, according to local authorities. 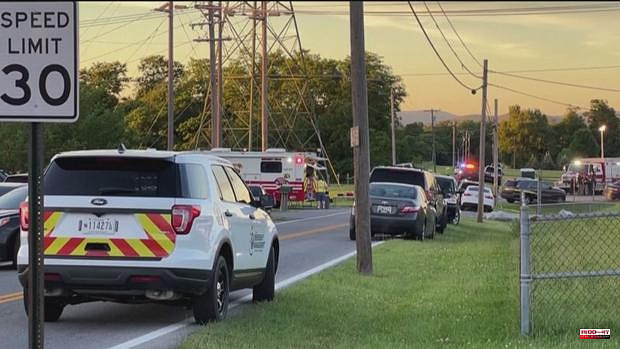 At least three people have died and two have been injured this Thursday in a shooting in the city of Smithsburg, in the state of Maryland, in the northeastern United States, according to local authorities. Also, in Alabama, an individual was shot dead by a security guard while allegedly trying to access an elementary school. And all this, in the midst of the debate on the use of weapons in the country.

Around 2:30 p.m. (local time) a man entered a factory in a rural area, where he shot four people, of whom only one survived, although he is in critical condition, according to the governor. of Maryland, Larry Hogan.

After the shooting, the suspect has fled the scene of the crime although he has later been located by the Police. “The State Police has chased the suspect, who has shot hitting an agent in the shoulder. Then the police returned the shot, "Hogan detailed, adding that both have been transferred to receive medical treatment.

“A horrible tragedy has occurred in Smithsburg. My thoughts are with all the families of the victims today (...) I contacted local officials to see what other federal resources may be useful in the wake of this shooting," explained US Senator Ben Cardin, arguing that "this It can't keep happening," according to the CBS network.

The second event occurred in Alabama, when the Police also shot down a man this Thursday when he allegedly tried to enter an elementary school, after an altercation with a school security agent in Alabama, United States.

A man has been shot dead by a police officer outside an Alabama elementary school, Etowah County Sheriff Jonathan Horton reported at a press conference, as reported by the US network CNN, adding that no children have been killed in the incident and that the suspect was not armed.

Gadsden City School Superintendent Tony Reddick told the network that at least 34 students were inside Walnut Park Elementary School when the man tried to enter. "He tried to open at least two doors that give access to the school," he explained.

“This is Gadsden, a small community. One does not think that something like this will happen in a school in this town, “added Reddik.

The individual was seen trying to force his way into the school with a vehicle. A security agent saw him and tried to stop him, according to a statement from the Alabama Law Enforcement Agency (ALEA), which is investigating the incident.

The individual tried to take the officer's firearm and it was then that the agent requested reinforcements and a police officer shot the suspect, who died on the spot, ALEA has reported.

“The school resource security officer did exactly what he was supposed to. He went straight to the threat, he confronted her and dealt with her. Unfortunately, he ended up with the suspect's death, but that's the safest alternative. Keep that threat out of the school," Reddik said.

The school resource security officer has been taken to a hospital to be treated for minor injuries sustained during the altercation, Horton said.

With the one in Maryland, there are already 254 mass shootings recorded so far this year in the United States, according to CNN.

1 Select candidates playing video games, the latest... 2 CSIF requires the Government "to approve teleworking... 3 Vettel speaks out on homosexuality in Formula 1 4 Julee Cruise, former B-52 and singer of unforgettable... 5 The minor who reported a group rape in Burjassot exonerates... 6 They recover the Fuero de Brihuega, a codex from the... 7 A Brazilian fugitive arrested for continued sexual... 8 Jail for a man for killing another with a hammer for... 9 The CPI shoots up to 9.9% year-on-year in Castilla... 10 Espanyol parks the feelings in its 'renewal'... 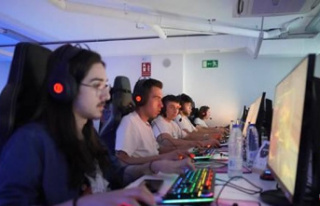