At least ten people have died and more than 250 others have been injured as a result of the toxic gas leak in the port of Aqaba, in the extreme southwest of Jordan, in the Gulf of Aqaba. 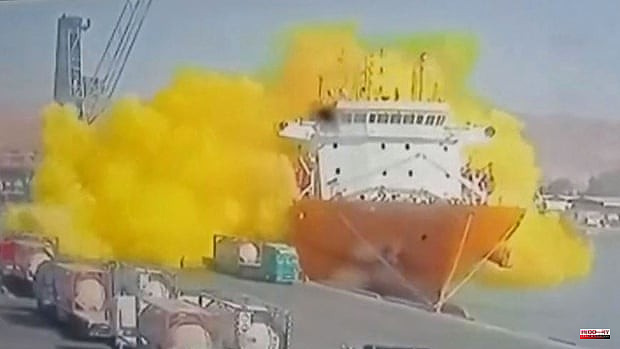 At least ten people have died and more than 250 others have been injured as a result of the toxic gas leak in the port of Aqaba, in the extreme southwest of Jordan, in the Gulf of Aqaba.

As announced on Monday by a spokesman for the Jordanian Public Security Directorate, a tank containing toxic gas has fallen to the ground during its transport in the port, which has caused a gas leak, as reported by the newspaper 'Jordan Times'.

For the time being, personnel from the Department of Civil Defense have taken charge of the incident and are coordinating the rescue efforts, which are still under way. Several people have required hospitalization, says the Petra news agency.

The National Center for Security and Crisis Management has reported that the hospitals in Aqaba have been reinforced with personnel to be able to provide a better response to the emergency and has stressed that the health facilities have sufficient oxygen.

Likewise, the Ministry of State for Information Affairs has announced that the Jordanian Prime Minister, Bisher al Jasauné, has ordered the launch of an investigation team to determine the causes of the incident.

1 Tiptoeing through the NATO Summit: The black olive,... 2 High mountain chefs meet in Andorra 3 Òmnium's lawsuit admitted for espionage with... 4 The Plaza Mayor, another 'NATO zone': the... 5 Cristóbal Bargueño de la Plaza, first permanent... 6 The Saxem Festival begins the cultural summer at the... 7 These are the cheapest hours of electricity this Tuesday 8 Agrarian organizations support the anti-crisis decree... 9 Petete Rubio received the Laurel Award in the Supporting... 10 The Board will make a census of the victims of terrorism... 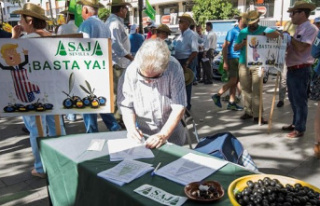 Tiptoeing through the NATO Summit: The black olive,...