There are already 32 dead and more than 450 injured by the huge explosion that occurred late on Saturday in a container depot in the port of the coastal city of Chittagong, in southeastern Bangladesh, according to the latest balance of medical sources collected. 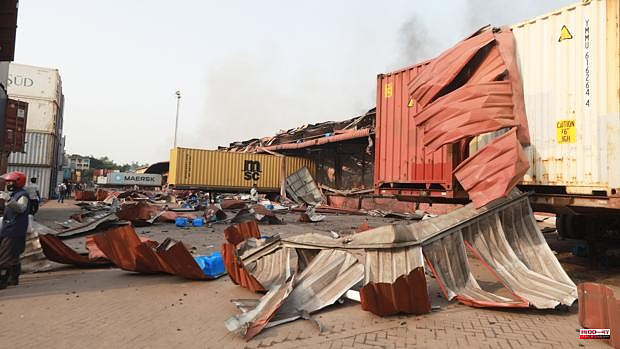 There are already 32 dead and more than 450 injured by the huge explosion that occurred late on Saturday in a container depot in the port of the coastal city of Chittagong, in southeastern Bangladesh, according to the latest balance of medical sources collected. by the national media.

Among the fatalities are police officers, as well as the Chittagong Fire Department. The injured have been rushed to different hospitals both in Chittagong and the nearby town of Sitakundg, according to the 'New Age Bangladesh' newspaper.

According to the preliminary investigation, the cause of the explosion was a fire that broke out in the warehouse around 9:00 p.m. (local time).

The firefighters came to put it out, but two hours later there was an explosion that caused the fire to spread, according to the aforementioned newspaper.

The presence of chemicals in one of the containers would have facilitated the spread of the flames, which this morning are still out of control given that successive explosions of lesser intensity have been occurring. More than 25 fire teams have been working for hours on the spot to contain the situation.

Nazmul Ajtar Jan, general manager of sales and marketing of BM Depot, has specified that there were about 4,300 containers at the site, of which 3,000 were empty. The containers of chemical products are stored separately and their total number is currently unknown: firefighters estimate more than twenty but they still lack access to the general manifest of the warehouse that details its content.

"Around 26 firefighting units are working to put out the fire and there are also six ambulances available at the scene," said Chittagong Fire and Civil Defense Service Deputy Director Md Faruk Hossain Sikdar.

In addition, the authorities of the Chittagong Medical College Hospital (CMCH) have urgently required the donation of blood for transfusion to the wounded, while the Army has arrived in recent hours to prevent the chemicals released in the explosion from reaching Sea.

“Arrangements are being made to ensure that the injured receive the best treatment. We will bear the full cost of treatment. Those who were injured in the accident will receive the maximum compensation," said Mujibur Rahman, the director of BM Container Depot, one of the companies that works in the management of containers in the port of Chittagong.

1 Roland Garros Trophy: what is it called, what is it... 2 Barcelona meets again with the Tast on the Rambla 3 Javier Olivares: "Fernando Marias was my brother... 4 Guevara wins, and Munoz takes his second Moto3 race... 5 Sanchez appeals to the PSOE's "red pride"... 6 We speak Spanish warns the Puig government that European... 7 The Canary Islands and the millionaire economic opportunity... 8 GOP lawmaker quits following being 'annihilated... 9 White King and Super Trip ce crown with all deserved... 10 Teresa Rodriguez defends in Granada the Andalusian... 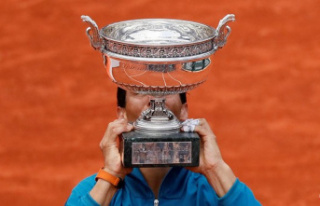 Roland Garros Trophy: what is it called, what is it...