At least 15 Sadr supporters were killed and 350 others injured in clashes, according to doctors. 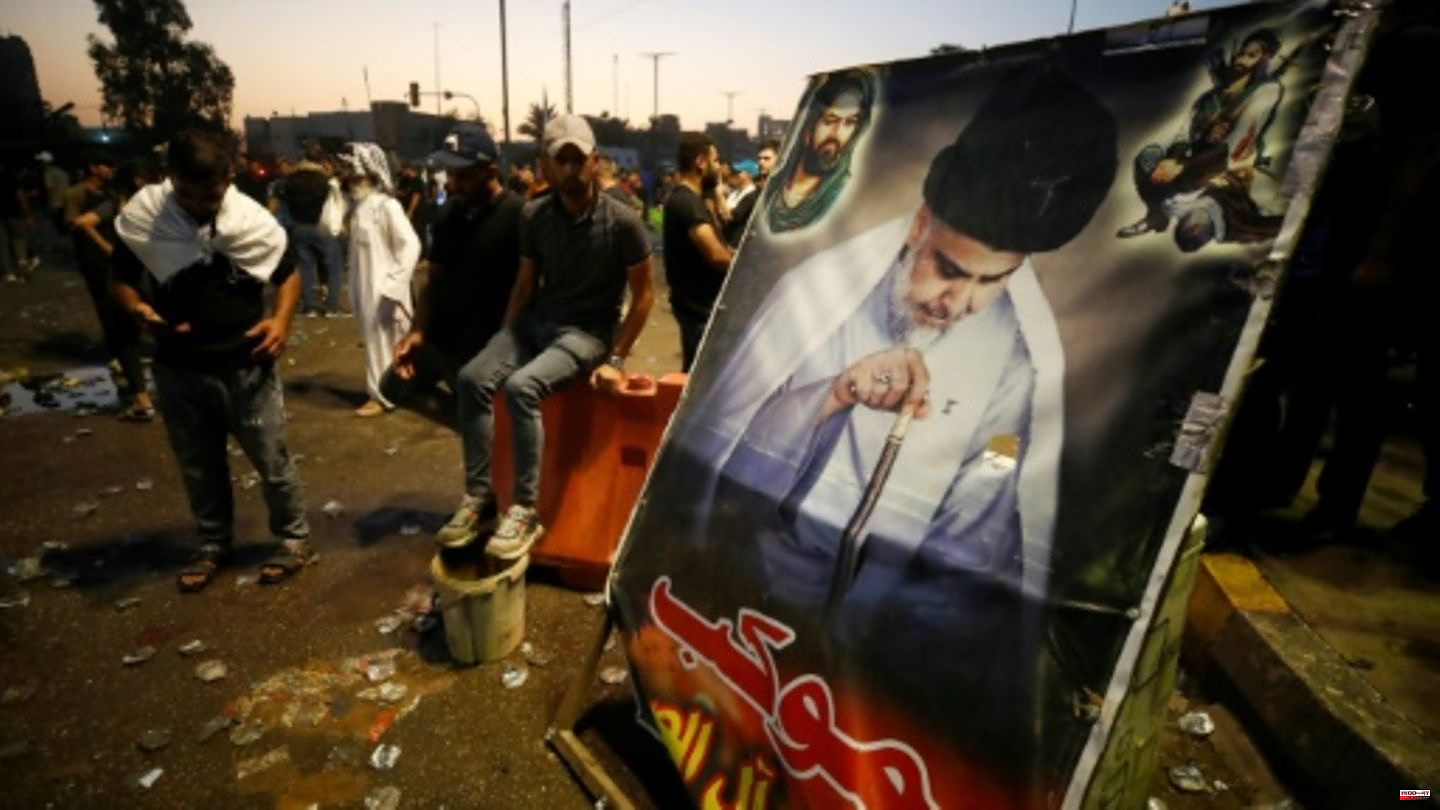 In the evening, at least seven grenades hit the so-called Green Zone, according to security circles. Gunshots were then heard in the government district. According to a security official, a militia linked to Sadr fired into the Green Zone from outside.

The UN mission in Iraq (Unami) spoke of an "extremely dangerous escalation" and called on the demonstrators to leave the government district immediately. "The survival of the state is at stake," the UN mission said.

UN Secretary-General António Guterres called for "restraint" and "all relevant actors" to take "immediate steps to de-escalate the situation". The US government spoke of "disturbing" reports from Baghdad and urged all sides to remain calm and engage in dialogue.

The protests spread to other parts of the country in the evening. According to AFP reporters and eyewitnesses, Sadr supporters stormed government buildings in the southern cities of Nasiriyah and Hilla, and there were roadblocks in Hilla.

Iraq has been in a political crisis for months. No new government has been formed since the parliamentary elections in October - partly because Sadr's bloc is at odds with the rival Shiite group over who will nominate the next prime minister.

Sadr then announced his political withdrawal on Monday. "I have decided not to interfere in political affairs, so I am now announcing my final retirement," Sadr said on Twitter. With few exceptions, he will close all institutions associated with his and his family's name.

Angry Sadr supporters then stormed the Palace of the Republic in the Green Zone, where the cabinet usually meets. They waved Iraqi flags, took selfies, settled into armchairs in a meeting room, or cooled off with a dip in the pool in the building's garden.

Iraq's Prime Minister Mustafa al-Kadhemi suspended cabinet meetings "until further notice" and called an urgent security meeting at the military command headquarters. Security and military forces and gunmen are prohibited from shooting at protesters, he said.

For nearly a month, Sadr's supporters have occupied the area around Iraq's parliament in Baghdad. Last week they briefly blocked access to the country's highest court. On posters they called for the dissolution of parliament, new elections and the fight against corruption.

Since the US-led invasion of 2003, Iraq has been governed by a sectarian system of proportional representation, with the prime minister's office reserved for Shiites. The Sadr movement was the strongest force in October's parliamentary elections, but was unable to form a majority. In June, Sadr's MPs all resigned.

1 Bundesliga: The star of the day: After a testicular... 2 World Cup qualification: EM can come: German basketball... 3 Biopic: Trailer starring Radcliffe as "Weird... 4 Twitter: These TV shows generated the most tweets 5 Job change: Bye, boss! These are currently the most... 6 Top 3: "The Lion's Den": These are... 7 Pathogens: deaths in Germany - what you should know... 8 Omicron variant: Biontech wants to deliver adapted... 9 Celebrity guest: Keanu Reeves unexpectedly shows up... 10 Hillary Clinton: Dance photo in support of Sanna Marin 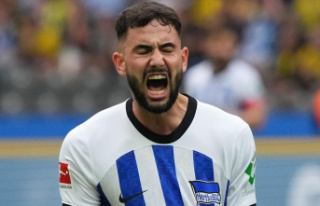 Bundesliga: The star of the day: After a testicular...