Associating mental health and massacres, an alibi for gun advocates in the US. 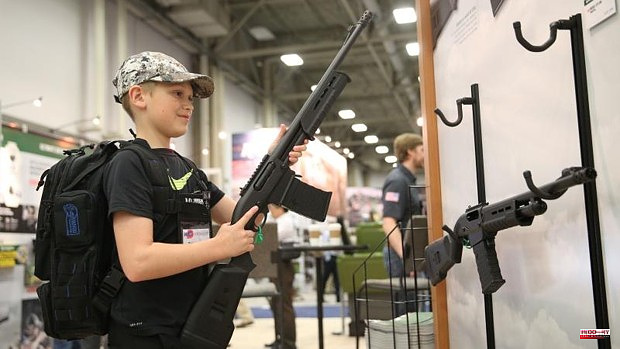 Buffalo, Las Vegas, Uvalde, Parkland... Almost 1,300 fatalities in 199 'mass shootings' or shootings in the last nine years. The latest, at an Oklahoma hospital where a gunman opened fire and killed four people last Wednesday. An overwhelming reality that turns armed violence into an epidemic and into one of the most alarming social pathologies in the country of the Big Macs. Even so, the United States' relationship with the possession of weapons is unique and its weapons culture is an atypical case in the world.

Many Americans hold sacred their right to bear arms, enshrined in the Constitution for more than two centuries. "Not as a right to bear and own weapons, but as a matter of defending private property and individual freedom," says Javier Lorenzo, a political scientist and professor at the Carlos III University of Madrid.

Coupled with the fact that 80% of the population lives in rural, small and highly disaggregated areas -where, precisely, a large part of the shootings take place-, the result is an ultra-individualistic and isolated society. Just look at the electoral map to see that these places coincide with Republican states, which have a higher rate of massacres and more flexible gun laws. In Lorenzo's words, "it is a country in which the use of weapons is so normalized that it is even considered a playful act."

Linking armed violence with mental illness is the order of the day. But what role do they really have in this type of massacre? Experts such as Dr. Fernando Mora Mínguez, a psychiatrist at the Infanta Leonor University Hospital in Madrid, point out that they are two phenomena without a direct relationship. Both in the US and globally, people diagnosed with some of the most common mental disorders such as depression or anxiety "are not more aggressive or commit more violent acts than the general population." Neither are people with more serious disorders like schizophrenia. Even so, the criminalization of mental disorders is a reality.

“In the US, people with mental illness only account for 5% of crimes committed. The percentage is even lower if we talk about crimes with a firearm, "explains Dr. Mora. Unless there is alcohol and drugs involved. For this psychiatrist, the greatest risk factor when committing a violent crime is easy access to weapons, even "far above suffering from mental illness." Despite the fact that "a vulnerable situation associated with a moment of great emotional tension and access to a weapon are related to the shootings," he insists that "it is not a direct cause."

The criminalization of mental disorders is a highly politicized and tainted stigma for reasons of class or race. Trump himself assured in 2019, after the El Paso massacre, that "mental health and hate pull the trigger, not the gun." Republicans do not usually link fatalities to firearms, but to mental illness and have for years blocked all kinds of Democratic initiatives to tighten their control.

"What is easier for a Republican - who understands the principles of individual freedom and defense of private property as fundamental, and who knows that 90% of his voters are in favor of weapons - than to attribute the shootings to people with mental problems?” Lorenzo asks. Dr. Mora Mínguez also supports the theory of the politicization of discourse with unsound arguments such as mental disorders, lower social classes or immigrants to justify armed violence: "It is a way of not addressing the real problem."

According to the American Journal of Public Health', more than 60% of the perpetrators of shootings in the United States since the 1970s showed symptoms of paranoia or hallucinations before committing the crimes. Almost half of the murderers dragged some type of trauma in their past: 34% suffered abuse, 17.4% 'bullying' and 2.9% lived the suicide of one of their parents according to Jillian Peterson and James Densley in 'The Violence Project' after analyzing 172 shooter profiles between 1966-2020.

Associating shootings and attackers to areas with a large presence of low-income immigrant population is another of the most common stereotypes. «On the contrary. It is the shootings and police abuses that are directed at this segment of the population", comments Javier Lorenzo, "It is isolation and individualism itself that triggers this type of behavior". In fact, the prototype of the attacker is that of a white man with a legally acquired gun. Two-thirds had criminal records (65%) and 80% showed signs of crisis prior to the shooting.

A true phenomenon of social self-censorship. What is easier to accept? That the attacker is an ordinary person who suddenly had his brain 'click' and started shooting in anger or that he had a mental problem? «As a society and as individuals, it reassures us more to think that that person was crazy -and that it was something random or bad luck-, instead of thinking that we have a social problem in which our young people do not know how to manage their feelings and adopt this type of reaction”, concludes Javier Lorenzo. “As a way to relax the conscience in order to survive, it is the best option.”

Neither weapons nor mental health, the experts consulted by this means point out that the problem lies in an explosive combination of variables: a highly individualized and isolated society in which immature young people do not know how to self-manage their emotions - "because they are not taught to do so », says Lorenzo- and that, in addition, they have great access to weapons. Along with a discourse that surrounds them based on white supremacy, personal dissatisfaction and mishandling of frustration, the United States cannot escape this nightmare.

1 The 'double debt' with which France drowned... 2 Emotional and technological waste in the musical tribute... 3 The 'white label' opens new horizons in... 4 Mechanical workshops step on the accelerator of innovation 5 Spanish engineering marks a milestone in the Philippines... 6 Artificial intelligence learns to think green 7 "I suffered from anxiety, and couldn't find... 8 “We are experiencing the most direct and real exposure... 9 The escaped murderer from Zaragoza: "I stabbed... 10 Sánchez's 'beautiful government' to... 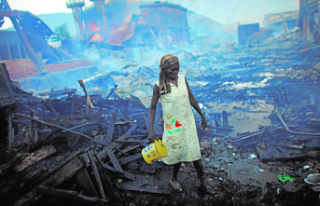 The 'double debt' with which France drowned...