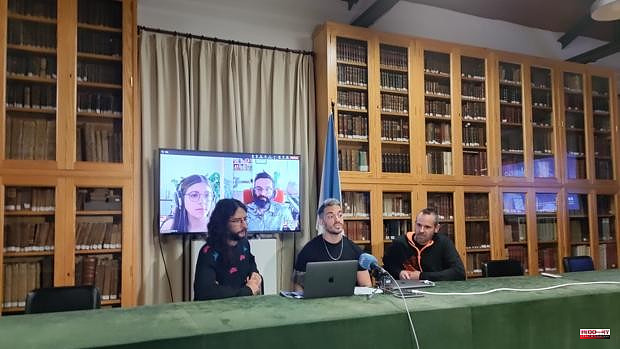 The process took time. Four months to be exact. The machine had to first learn to speak Galician. Then he had to study the characteristics of a couplet, for which he analyzed the 400 traditional songs from the Volai-vai digital archive. All of them had been composed a long time ago, when no one had heard of computers and technology had taken no steps beyond the most rudimentary mechanics. But in the 21st century, a computer has been able to create Ai-lalelo, a theme that aims to be a tribute to the women who promoted Galicia and its tradition. The song has been one of the 15 selected worldwide to participate in the AI ​​Song Contest, a kind of Eurovision for music composed by artificial intelligence.

"The initiative began last March, when we decided to explore artificial intelligence applied to music and look for the best professionals to present a candidature in Galician for the contest," explained this past week Joel Cava, creative manager of Cecubo Group, the creative agency Compostela who leads the project. «We wanted the lyrics to be generated by artificial intelligence directly in Galician. The computer generated a series of couplets that we selected based on the theme and that they were correct, with little human supervision,” said Juan Alonso, another member of the team.

The melody of Ai-lalelo is made from the popular couplet A Costureira. Taking it as a base, the Google Magenta program generated different melodic lines. The team members engraved farming instruments and utensils, which were processed by the DDSP system to obtain an artificially shaped hurdy-gurdy, tambourine, bass drum, plate, pan and can. «With the lyrics and the melody we began to play to assemble the theme with a process called timbre transparency, so that the computer sings our lyrics, we also did it with instruments, so that it recreated other instruments», explained David Santos, who also She is part of the creative team named “AMP, Ana María Prieto”, as a tribute to the first Galician computer programmer. The computer used the voices of Camille Hédouin (Mounqup), Mónica de Nut y Eva and Xandre Outeiro, to tell the story of a Galician seamstress at the end of the 19th century who, due to the socioeconomic situation of the time, combines her craftsmanship with domestic and field work.

Although Ai-lalelo has been composed by a machine, for the moment, a large interdisciplinary human team was needed behind the process. The AMP group is made up of Juan Alonso, technologist in machine learning and neural networks; Sofía Oriana, PhD in Composition in AI and composer of Elisa and Marcela (2019) by Isabel Coixet; Xandre Outeiro, soundtrack producer and musician at the Trépia Project; David Santos, doctor in Telecommunications and musician, arranger and composer; Marta Verde, digital artist responsible for the Tanxugueiras visuals at the Benidorm Fest and associate professor at the Berklee College of Music in Valencia; and Joel Cava, creative manager of Cecubo Group.

The song now aspires to win the AI ​​Song Contest, which will take place on July 6 in Liège (Belgium). It will face proposals from countries like China, Thailand or the United States. Ai-lalelo was chosen as one of the 15 semifinalists for the pageant. In this phase of the competition, only the vote of a specialized jury was taken into account. In the final, the sum of the jury and the public vote will decide the winner. Those who want to give their support to Ai-lalelo can already do so on the web //votaailalelo.com before June 30. Regardless of winning the contest or not, the creative team believes that the process has been worth it. "Having a tool trained in artificial intelligence could guarantee the survival of the oral transmission of traditional Galician music", concluded Joel Cava.

1 Sánchez and Puig dismiss as Government delegate in... 2 An 82-year-old woman dies in a fire in her home in... 3 The National Court orders the closure of the investigation... 4 The highest diffuse gas emission is on Teide 5 Carriers decide not to reactivate the strike and give... 6 Changes in tobacco prices in Spain from this week:... 7 Who can collect the new aid of 200 euros announced... 8 Antonio Encina, mayor of Palencia between 1987 and... 9 A judge grants the change of sex in the registry to... 10 A man is exposed to a fine of more than 200,000 euros... 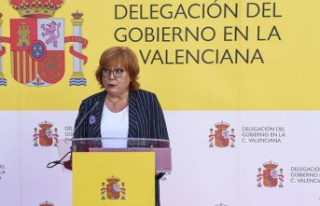 Sánchez and Puig dismiss as Government delegate in...